BLACKPINK's Jisoo once again turned the internet into a frenzy after JTBC released a new "Snowdrop" teaser showcasing the lead star's promising acting. From romance to tragedy, Jisoo projects her immersive acting in the "Snowdrop" teaser.

The clip begins with Suho's (Jung Hae In) affectionate voice, who is also enduring the tears of pain alone while reminiscing his first encounter with Young Ro (Jisoo) at the party.

In the next scene, the two were enjoying a bicycle ride under the beautiful and romantic scenery. Jung Hae In and Jisoo teased the viewers with more of their chemistry while they were sitting next to each other and folding a paper plane. Their glimpses at each other added weight to their romance.

After the paper plane flies, it turns into a gun. Young Ro takes the gun and is on the verge of pulling the trigger while pointing it to Suho. Her whole body shakes, and deep emotions are perfectly conveyed in her eyes.

YOU MIGHT ALSO LIKE: Why 'Snowdrop' Starring BLACPINK's Jisoo and Jung Hae In Will Air on Disney+ and Not on Netflix

The intriguing teaser adds to the viewers' curiosity about what happened to Suho and Youngro after their exciting moments.

Meanwhile, JTBC's "Snowdrop" depicts the love story of Suho, a brave and brilliant student at a prestigious university who unexpectedly enters into a women's dormitory while covered with blood.

no bcs her emotions are very evident. her trembling voice, the hesitation, anger, and pain in her eyes. THIS IS NOT JISOO OF BLACKPINK. THIS IS ACTRESS JISOO!! #JISOO #SNOWDROP pic.twitter.com/OcQkoK3X8W

He meets Youngro, the beautiful college student who hides him and takes care of his wounded body. The story is set in 1987 in Seoul.

"Snowdrop" is directed by "SKY Castle" director Jo Hyun Tak. The upcoming drama is slated to have its premiere on December 18 at 10:30 p.m. (KST) and will be available every Saturday and Sunday.

Jisoo Trends Worldwide After Showing A Glimpse of Her Acting

The overflowing chemistry of Jisoo and Jung Hae In put the viewers' in awe and anticipation to watch the two leads on primetime. Jisoo remains as a scene-stealer in every "Snowdrop" teaser. Jisoo occupies the trend list on Twitter right after the release of "Snowdrop's" new video teaser. 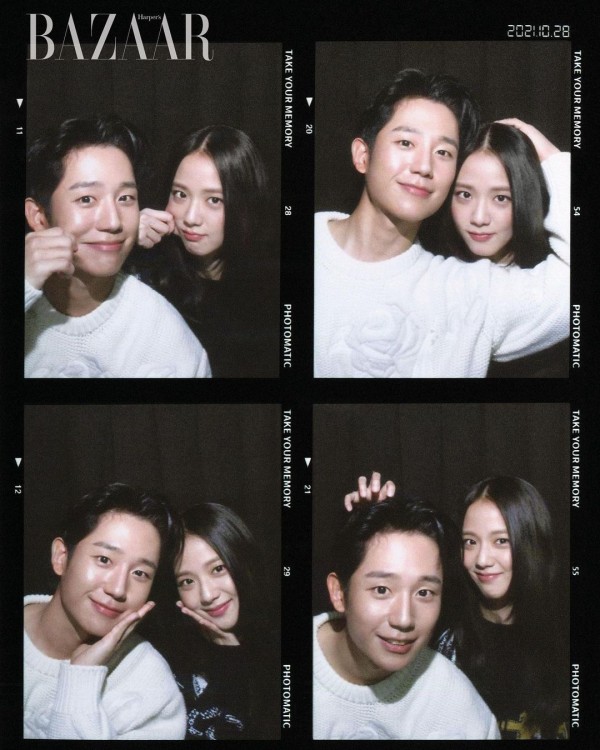 It serves as another appetizer for the fans and viewers on what to look forward to Jisoo's performance. Recently, Jung Hae In and Jisoo participated in a magazine pictorial. After exhibiting their overwhelming chemistry, The "Snowdrop" actress shows off her vibrant and sonfident Style in Harper's Bazaar Snaps.

Are you excited to see more of BLACKPINK Jisoo's acting and chemistry with Jung Hae In in "Snowdrop"? Let us know in the comments!