Kim Seon Ho expressed his love for his legion of fans with a heartwarming message.

The "Start-Up" actor has just celebrated another milestone in his life as he turned 35 last May 8, and in return, he dedicated his recent social media post to his supporters.

Over Kim Seon Ho's Instagram account, the birthday celebrant shared a simple yet heartfelt message as a form of thank you for everyone's love and support.

In the caption, the rising star mentioned that he had an "incredibly overwhelming and moving birthday," adding, "I'll cherish each and every one of your support and heart in my heart! May 8th, 21st, too. It's a series of unforgettable days. Thank you again!"

He then concluded his caption by assuring fans that he will be a "better actor" alongside a series of candid photos wearing a white button-down top paired with jeans and a bucket hat as he stood in front of a flower field with a peace sign pose.

As of this writing, Kim Seon Ho's Instagram post garnered 1.3 million likes and over 22,200 comments, mostly with positive responses from his followers.

Meanwhile, one user expressed how the "Catch the Ghost" actor has impacted the lives of his fans and thanked him for "being such a huge motivation."

The fan also described him as a "kind-hearted, down to earth and genuine person." 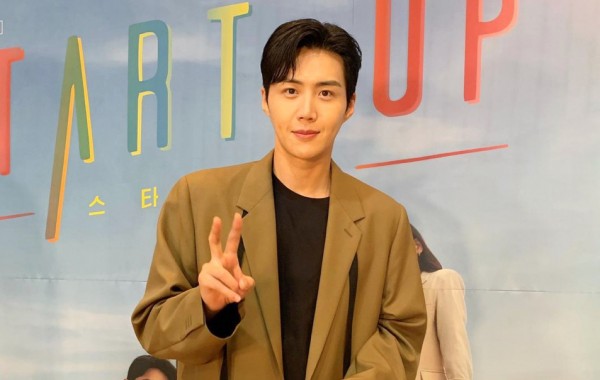 He played the role of a young CEO Han Ji-pyeong, who was often referred to as "good boy."

In a previous interview with Forbes, the 35-year-old actor mentioned that he was "really grateful and happy to play the role."

Moreover, he also spoke about working with his co-stars and shared that he was able to learn more about the craft, all thanks to them.

"I was glad to just be able to work together, and I feel like my worldview got wider. I also felt a lot of different emotions after observing the attitude of the actors I worked with."

Kim Seon Ho also recognized the drama as a "gift" that allowed him to meet Han Ji-pyeong that prompted the people to recognize his effort to portray the character.

Following his impressive success in "Start-Up," he was nominated at the 57th Baeksang Arts Awards for Best Supporting Actor in TV with fellow nominees Kim Ji-hoon, Oh Jung-Se, and Lee Hee Joon.

In addition, he also ranked as the number one most popular actor by receiving 1.3 million votes online.

IN CASE YOU MISSED IT: Kim Seon Ho Serenades Fans with New Single 'Reason' + 'Start-Up' Actor's Overseas Fancafes Give Back to Celebrate His Birthday