As "So I Married an Anti-Fan" closes its curtains, Choi Tae Joon makes the sweetest message for his co-stars, who he had great memories with.

On June 20, "Suspicious Partner" star Choi Tae Joon took to Instagram and shared a photo of him with SNSD's Sooyoung - a portrait taken in the last episode of the drama.

Along with the image was a short message, showing his gratitude to the people he built great memories with while working in "So I Married an Anti-Fan." 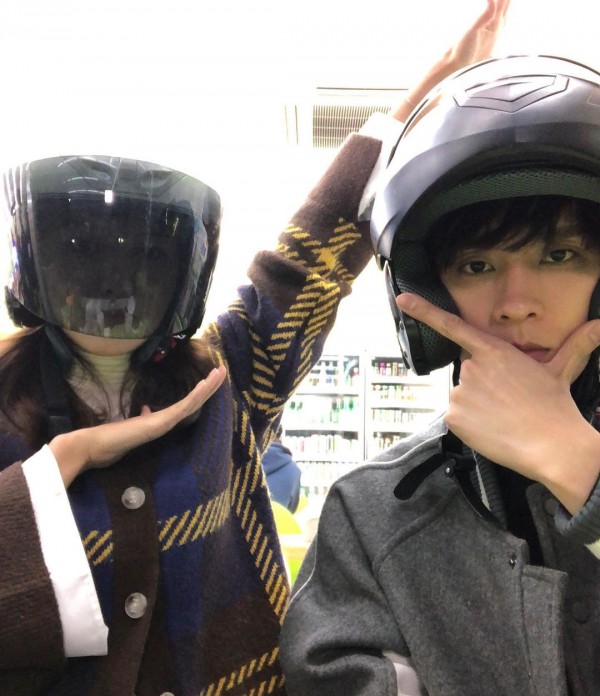 As the drama closes its curtains, Choi Tae Joon wrote in his message," Thank you so much to everyone who loved So I Married an Anti-Fan from the start until the end. I am genuinely thankful to our director, staff, and my co-actors who helped throughout in finishing the project, and I already miss them."

The singer-actor also mentioned that he was very happy to have met Who Joon and had lots of fun portraying him as a character.

Choi Tae Joon added, "I felt sad watching the final episode and still can remember every moment from the shoots. I sincerely thank everyone who showed us love. Saranghae."

Thank you so much to the entire 'So I Married the Anti-Fan' Team! 🥺🤍 This drama has been a source of serotonin not only for me but for many viewers as well! Surely gonna miss looking forward to it.#SoIMarriedTheAntiFan #그래서나는안티팬과결혼했다 #SoIMarriedTheAntiFanFinale pic.twitter.com/KP7LDUb34j

When he was finally discharged from the military in May 2021, Choi Tae Joon immediately returned to his track and participated in a virtual interview with his co-actors Sooyoung and 2PM Chansung. It was their first complete appearance since "So I Married an Anti-Fan" aired.

Days later, Choi Tae Joon also shared photos of him and Sooyoung on his SNS, projecting the adorable and strong chemistry of their tandem in the series.

YOU MIGHT ALSO LIKE: 'So I Married an Anti-Fan' Stars Choi Tae Joon, Sooyoung, and Chansung Surprise Fans with Latest Interview

When the finale episode aired, fans felt mixed emotions towards the ending as they were glad about Lee Geun Young (Sooyoung) and Who Joon's (Choi Tae Joon) happy ending, and at the same time, it was the last day of the drama.

nope nope i'm so not ready to let go of so i married the anti-fan :( pic.twitter.com/DnuXZn499x

The drama, which airs on iQiyi, is the most watched series on the platform to date. Even though the drama actually finished its production in 2017, it brought a new kind of romantic-comedy that sparked happiness to overseas viewers.

BYE SO I MARRIED AN ANTI FAN FAM! ✨✨,) thanks for all the cuteness hehe im having fun watching this light drama pic.twitter.com/fZkWwpc9uc

IN CASE YOU MISSED IT: SNSD's Sooyoung Reveals 'So I Married an Anti-Fan' Would be Her Last Rom-Com Drama

Have you watched "So I Married an Anti-Fan"? What's your favorite scene? Share it with us in the comments!