South Korean stars Kim Tae Hee and Rain have once again set the bar high among the country's celebrity couples.

In recent news, the K-drama stars achieved another milestone after topping the list of celebrities with the biggest real estate fortune.

It came after a KBS variety show rundown rankings of stars earned the highest profit margins in properties.

With this, the singer-actor and "Hi, Bye Mama" star took first place and reportedly estimated at 35,300,000 USD or 39.8 billion won in market profit.

Both Kim Tae Hee and Rain's real estate portfolio went one notched up after they sold a building in Gangnam.

Moreover, a real estate expert expressed his insights on the variety show and even described the couple as "investment experts."

"Looking at the investment case, he seems to be an investment expert. Both of them seem to have made a perfect real estate investment by purchasing a building in a good location in the Gangnam area."

IN CASE YOU MISSED: Couple Goals: Rain and Kim Tae Hee Share Sweet Moments Off Screen During an Ad Filming

Will Rain and Kim Tae Hee Will Be the Next South Korea's Real Estate Moguls? 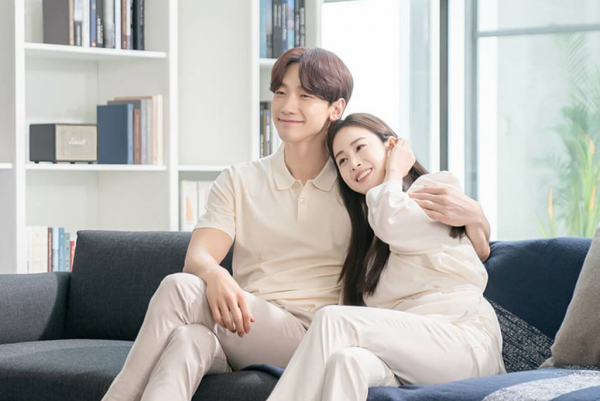 Apart from this, both Kim Tae Hee and Rain also topped the list of stars with jaw-dropping real estate fortunes.

The duo even surpassed So Ji Sub, Lee Hyori, BaeSuzy, and BoA, who are also identified as wealthy property owners.

Rain Sold his Commercial Building in Gangnam at 43 Million USD

It is safe to say that Rain made an excellent move after selling his multi-million property in Cheongdam, Seoul.

Earlier this week, the 39-year-old actor, whose real name is Jung Ji Hoon, sold the "Rain Avenue" building located in the affluent neighborhood in Gangnam District.

According to multiple outlets, the "Welcome 2 Life" star boosted multiple capital gains after selling the property at a staggering 43 million USD or almost 50 billion KRW.

The location of the Rain Avenue building reportedly has a land area of 1024.80 square meters and a total floor area of 3218.94 square meters, which boasted three basement floors and six upper floors.

Interestingly, the commercial building served as the head office of Rain company and was also rented for cafes, art galleries, and pubs.

Reportedly the power couple has amassed a combined property worth 98 million USD or 81.4bil won.

Apart from their properties in Gangnam, the K-drama stars jointly own 2.73 million USD (2.4bil won) in California, USA.

It appears that the pair continues to grow their net worth with upcoming projects along the way.

The singer-actor is set to make a comeback on the small screen with new drama "The Ghost Doctor" and "Endless August."

The same goes for the Hallyu queen, who is in talks with a forthcoming drama, "Sage of Calligraphy Wang Xi Zhi."