Following the confirmation of the star-studded cast, the upcoming rom-com series continues to pique the fans' interest with captivating visuals and an intriguing storyline.

The broadcast network recently released the official poster showing the exciting connection between the characters.

Over the drama's main poster, both the f(x) member and B1A4's Jinyoung dons a serious face while sporting the cadet uniform. 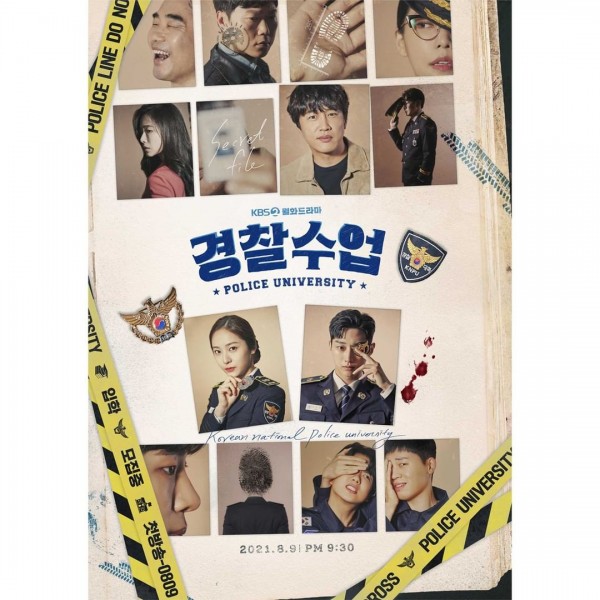 Interestingly, the main poster also featured a footprint and blood mark that hints about the possible mind-boggling investigation.

IN CASE YOU MISSED IT: B1A4's Jinyoung Flaunts His Dapper Look as He Gears Up for Upcoming K-Drama 'Police University'

Prior to this, KBS also dropped a sneak peek of each character featuring individual posters illustrating their respective roles.

In one still cut, Cha Tae Hyun's character was described as the veteran detective and professor at the National Police University.

Amid the enticing sneak peeks, KBS revealed the premiere date of the highly anticipated K-drama.

According to the broadcast network, "Police University" is set to debut on August 9 and will be the newest Monday and Tuesday drama, replacing "At a Distance Spring is Green."

What to Expect from the Forthcoming K-drama Police University

The soon-to-be-released KBS drama is set to depict the diverse stories of the police cadets and the challenges that they are about to face.

Interestingly, this is the first K-drama that uses the police university as the setting of the series, revealing the struggles of students undergoing the crucial process of becoming a member of South Korea's police force.

In addition, the cast lineup also drew the attention of the viewers and the possible onscreen chemistry between the young actors.

"Police University" is headlined by B1A4's Jinyoung, who plays the role of former hacker Kang Sun Ho. After meeting other police cadets and veteran detective Yoo Dong Man (Cha Tae Hyun), he decides to turn his life around and join the academy.

At the university, he meets fellow freshman student Oh Kang Hee, played by the singer-actress, whose real name is Krystal Jung, and is captivated by her beauty.

Oh Kang Hee's character is described as someone who has no pretense, grudges, or secrets.

The upcoming K-drama "Polie University" would also feature the budding romance between the two and their team up with the veteran detective turned professor to solve a specific investigation.