Jung Hae In's upcoming Netflix series "D.P." will finally hit the screens this August, and these are the things you should anticipate as the drama gives fans a first look into the actor's character.

Jung Hae In Shows Glimpse of His Character in Thrilling Posters for Netflix's 'D.P.'

"D.P." (Deserter Pursuit) is based on a popular webtoon story, penned by Kim Bo Tong. And after months of preparation, his masterpiece is now making its debut on Netflix.

"D.P." tells the journey of a special military squad sent to hunt down deserters.

Jung Hae In will lead the drama as Ahn Jun Ho, a newly recruited member, scouted to be part of the D.P. squad before he begins his military service.

ALSO READ: 'Snowdrop' Update: Everything We Know So Far About BLACKPINK Jisoo's K-Drama 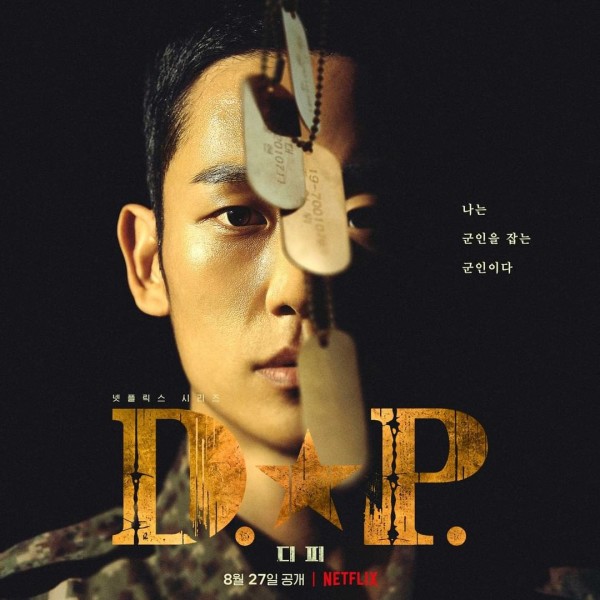 In another poster, illustrated is the thrilling chase of Ahn Jun Ho and D.P. team leader Han Ho Yeol (Goo Kyo Hwan). The caption reads, "I am a soldier who catches soldiers." 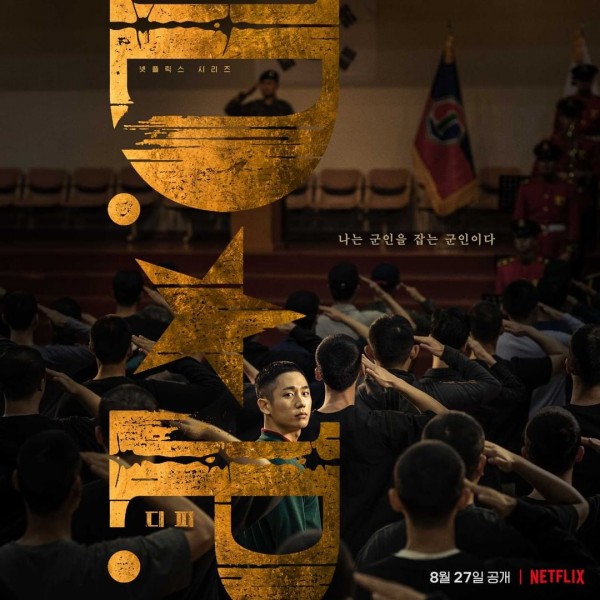 In the third poster, Jung Hae In stands in the middle of saluting soldiers. He looks back right at the lens, displaying a pensive expression.

YOU MIGHT ALSO LIKE: Krystal, Jinyoung, and Cha Tae Hyun Reveal The Special Charms of 'Police University' + Drama Releases New Stills of Krystal

Webtoon-Based 'D.P.' to Finally Debut This August on Netflix

With these spine-chilling posters, fans are on the edge of their chairs to witness Jung Hae In back on the small screen. Netflix also announced that "D.P." will premiere on August 27.

But wait, 'cause there's more!

The short clip begins when Ahn Jun Ho officially enters the military and is struggling to adjust in his new life inside the campus. Sergeant Park Bum Goo, portrayed by Kim Sung Kyun, offers Ahn Jun Ho a spot in the known D.P. squad.

Little did Ahn Jun Ho know that his life in campus will be far more exciting and worth trying to pursue. There, he also found a new partner, Han Ho Yeol. The two will get entangled in an event trip outside the camp to hunt down deserters.

Excited about Jung Hae In new Netflix drama "D.P."? Share your thoughts with us in the comments!