SBS teases fans with the growing romance of Kim Yoo Jung and Ahn Hyo Seop in "Lovers of the Red Sky."

The historical drama follows the story of a blind astrologer named Ha Ram and the twisted fate between him and his long-lost friend, Hong Cheon Gi, who turned out to be the divine painter.

In the latest still cuts for "Lovers of the Red Sky" episode 8, the broadcast network entices the viewers with heart-fluttering visuals featuring the lead stars.

The incident only draws her closer to her childhood friend, whom she harbors hidden feelings.

Seen on the still cuts, the duo spent a happy and productive time drawing a portrait of the astrologer. 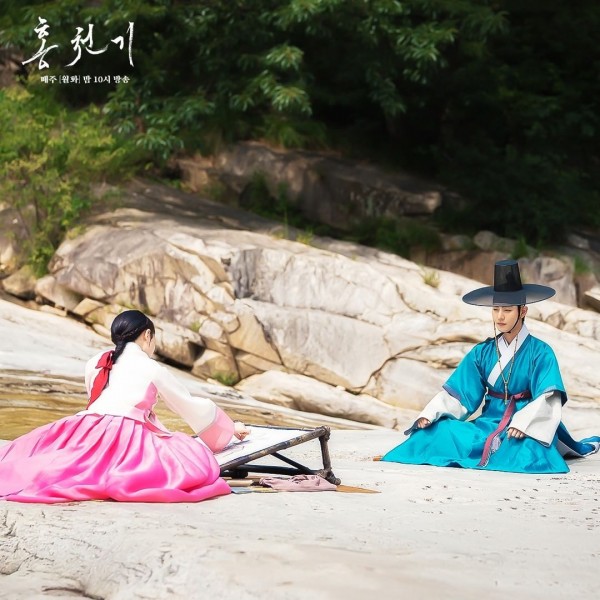 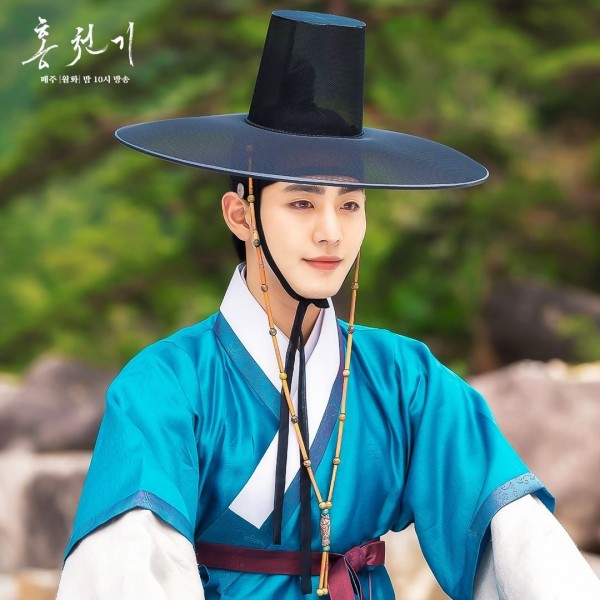 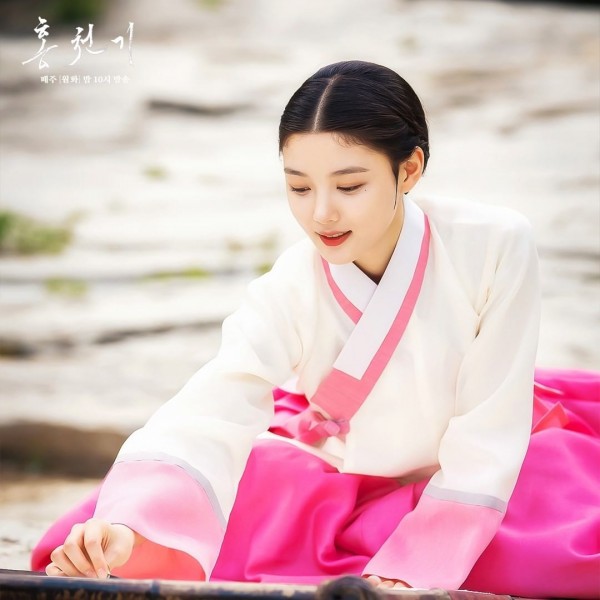 Cheon Ki chose the perfect spot where Ha Ram sat near the boulders, highlighting the scenic beauty of nature.

Ha Ram flashed his million-dollar smile in one still cut as the royal painter started making the portrait.

Another teaser also suggests the strong connection between the two after Cheon Ki patiently teaches Ha Ram the simple strokes of her painting. 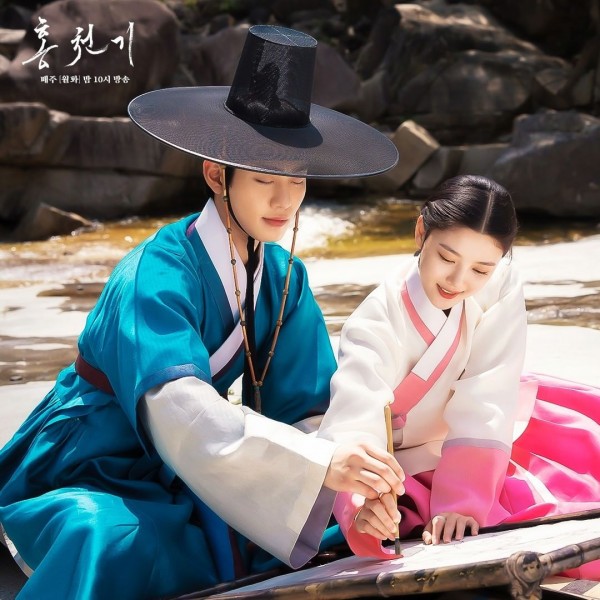 "Lovers of the Red Sky" episode Park 10 will also continue the battle between the palace and the demon king, as well as Prince Joo Hyang's (Kwak Shi Yang) hunch about Ha Ram's secret.

"Lovers of the Red Sky" episode 9 showcases the transformation of Ha Ram to the demon king in front of the female painter and the grand prince. 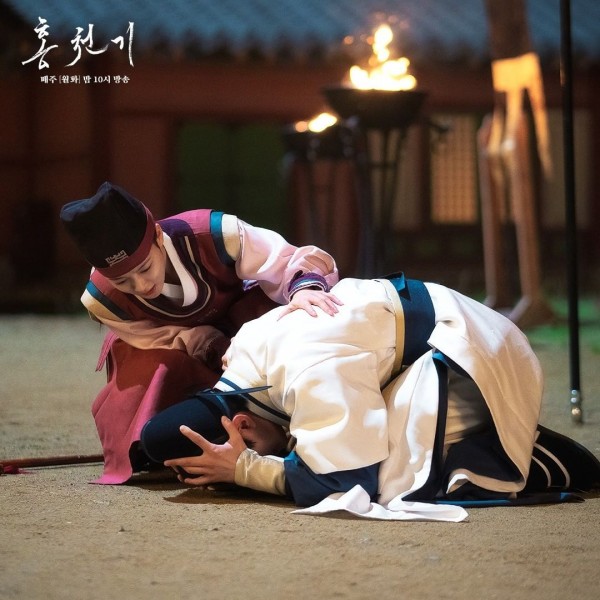 The two, alongside the royal guards, saw how the new Ha Ram turned into a mysterious creature.

Unfortunately, given that the demon resides in Ha Ram's body, he loses control and attacks Hong Cheon Ji, leaving bruises and marks on her neck.

Thankfully, the palace protector, a.k.a the Tiger goddess, was able to protect Cheon Ki from the demon.

After the chaos, she checked Ha Ram and asked him about the incident. Surprisingly, he told her that he didn't remember a single thing.

The attack did not stop her from seeing Ha Ram.

After falling unconscious, Cheon Ki took care of him. At the time, she realized that he was one of the most special people in her life, of course, next to her father.

During their conversation, Ha Ram took his special gift for her. Inside was a stunning jade ring signaling his feelings for the girl.

Shortly after, the astrologer admitted that he likes Cheon Gi, giving the viewers another reason to look forward to the upcoming episode.

IN CASE YOU MISSED: 'Lovers of the Red Sky' Star Kim Yoo Jung Secretly Made Donation for Child Violence Victims