In a series of teasers, the blind astrologer, Ha Ram, played by the "Dr. Romantic 2" star, is bound to face his devastating fate in the hands of the royal Shaman.

'Lovers of the Red Sky' Episode 13 Spoilers: Ha Ram Becomes the Center of the Sealing Ritual

The SBS Monday and Tuesday drama are about to free Ha Ram's alter ego, the demon king, Ma Wang.

Seen in the new still cuts, the astrologer, who is tied up in a chair, sits in front of the stage as the Shaman performs her ritual. 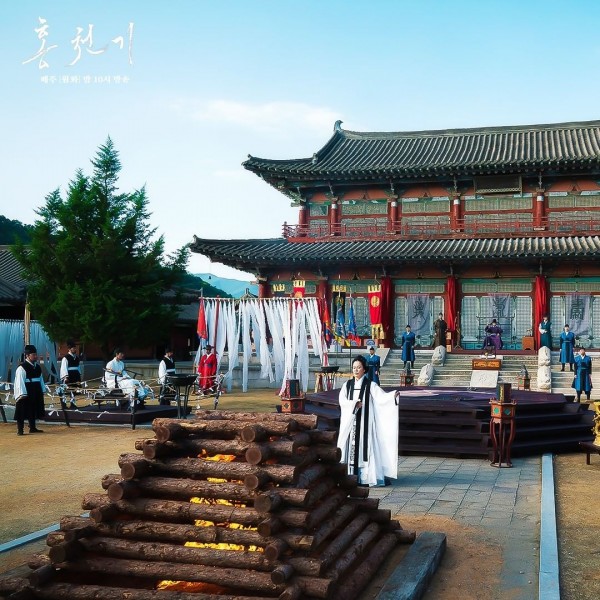 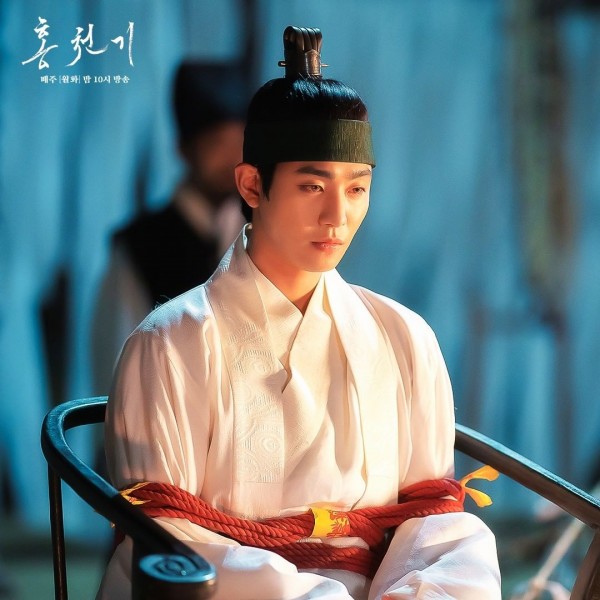 They were surrounded by the royals, including Prince Yang Myeong, played by Gong Myung, and his older brother, Prince Joo Hyang, portrayed by Kwak Shi Yang.

Despite his unfortunate fate, it appears that Ha Ram is prepared for what is next to come. From the looks of it, his expression signals that he is unbothered by the harrowing ceremony.

Meanwhile, Prince Yang Myeong harbors a determined expression given that he wanted to fulfill his father's wish, and that is to seal the demon inside the royal painting, restored by Hong Cheong Gi. 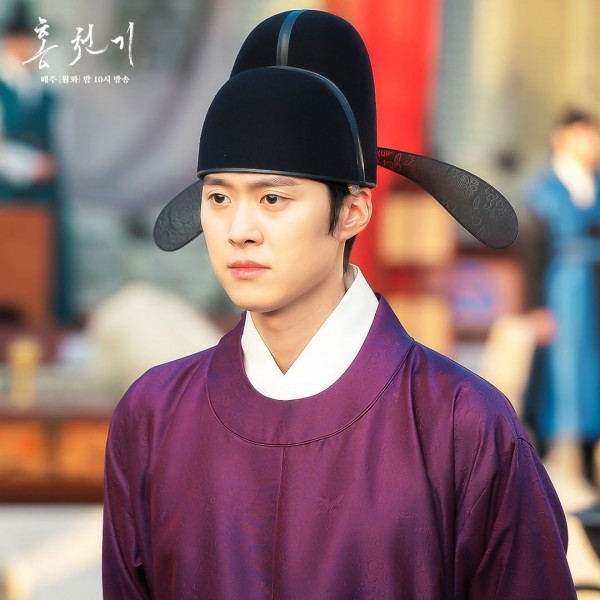 On the other hand, Prince Joo Hyang sees the ritual with his sharp eyes, knowing that he has been waiting for this day to come.

He wanted to interrupt the ritual by welcoming the demon king into his body. This is because he wanted to achieve the incredible power of Ma Wang and rule the dynasty. 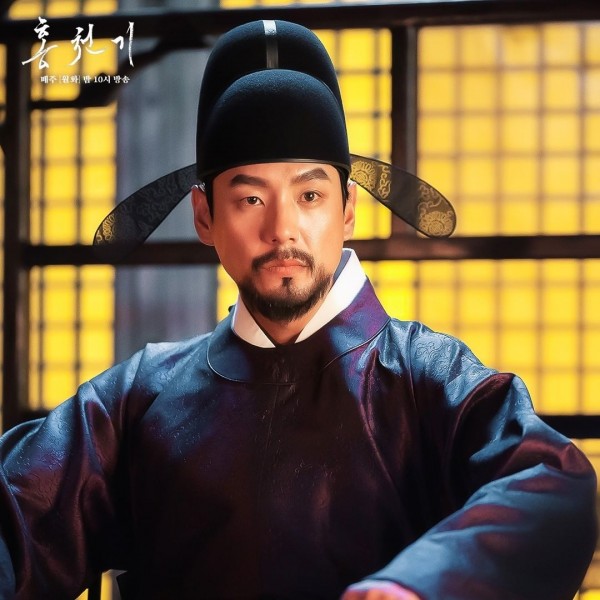 To recall, Ha Ram voluntarily surrendered to the palace guards after Prince Yang Myeong assured him that Cheon Gi would be safe.

It came after Ma Wang attacked Hong Cheon not once but twice and tried to steal her eyes.

In "Lovers of the Red Sky" episode 13 spoilers, the historical fantasy drama hints at another remarkable moment between Ha Ram and the divine painter.

The new still cuts showed that Cheon Gi is giving Ha Ram a jade ring that he previously gave to her. 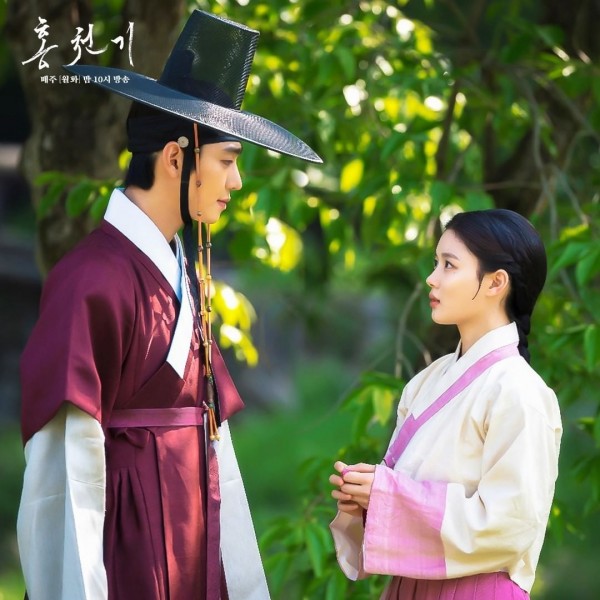 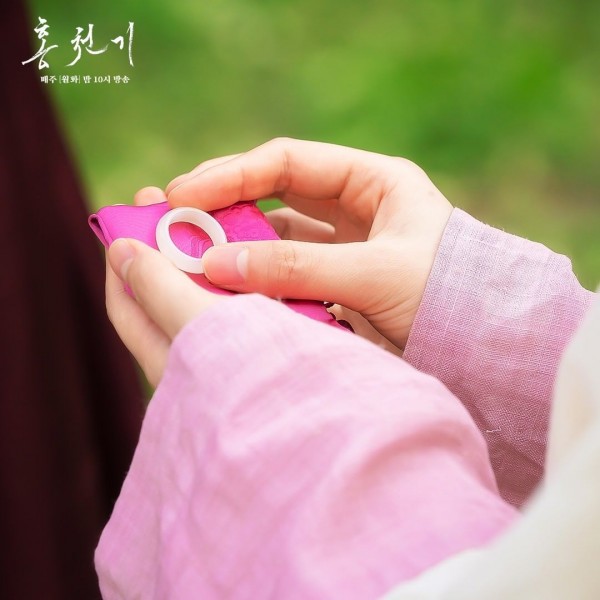 It seems that this will be the astrologer's protection against Ma Wang during the sealing ritual.

Based on the previous episode, the jade ring saved Hong Cheon Gi from the demon king's failed attack.

Despite her hesitation, Hong Cheon Gi is eager to complete her mission and that is to restore the portrait of King Young Jong (Jeon Gook Hwan.)

Baekgyu Institute headmaster Choi Won Ho (Kim Kwang Gyu) is also reluctant about Cheon Gi's safety once she finishes the painting and thinks that she might end up like her father, who became mentally ill after completing the portrait.