He transforms into a mysterious transfer student Jung Young Joo, who boasts his exquisite charms and enigmatic aura.

Chu Young Woo portrays the quiet Jung Young Joo who hides deep scars and secrets in his heart. Despite his desired anonymity, he becomes the talk of the school as his and Ki Jun's, played by Kim Yo Han, lives become tangled continuously. 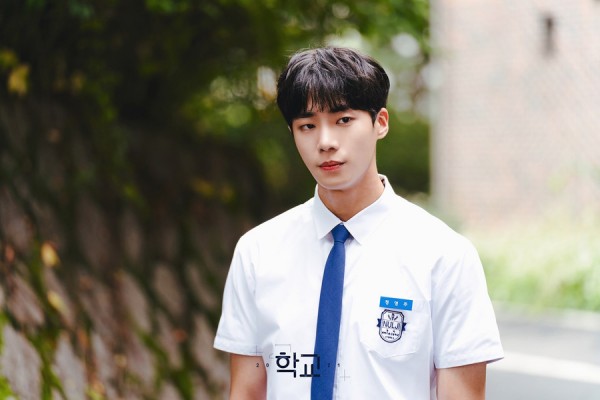 On October 18, Chu Young Woo boasts perfect synchronicity with his character as he sports his handsome face and great physique in his school uniform as Jung Young Joo.

However, his eyes are filled with coldness while he stares into oblivion. On the other hand, he paints a friendly smile on his face while talking to someone, making him look difficult to approach with his unpredictable personality. 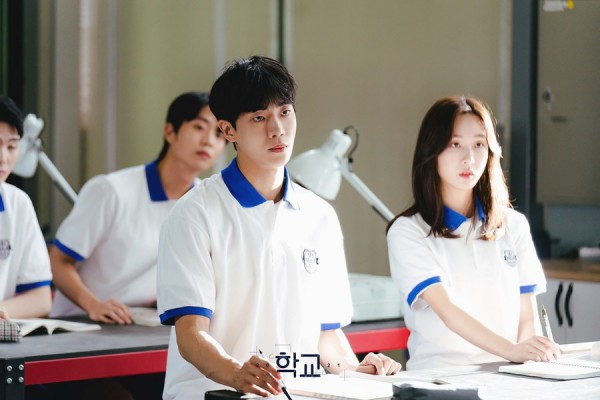 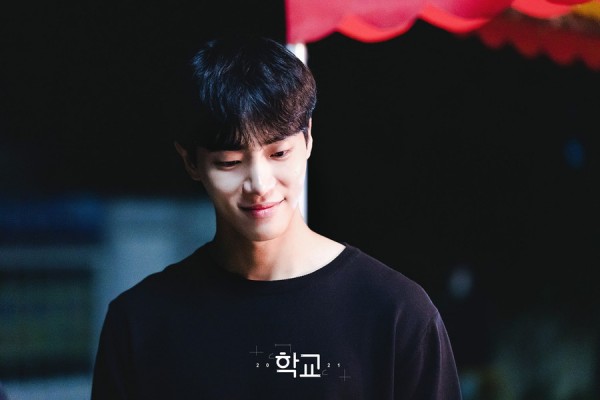 In addition to that, Jung Young Joo ignites curiosity as he gets involved in an unexpected misunderstanding with newly appointed teacher Lee Kang Hoon (Jeon Seok Ho) on the first day of school.

Attention is also focused on what kind of performance the rising actor has in store for the viewers of the new drama.

"School 2021" follows the stories of the students who navigate their way to pass the entrance examination while finding their true selves, dreams and purposes in life, friendship, and love.

Apart from Chu Young Woo, the drama will be led by WEi's Kim Yo Han, who will portray the Taekwondo genius Gong Ki Joon and Cho Yi Hyun, who will take on the role of ambitious Jin Ji Won. 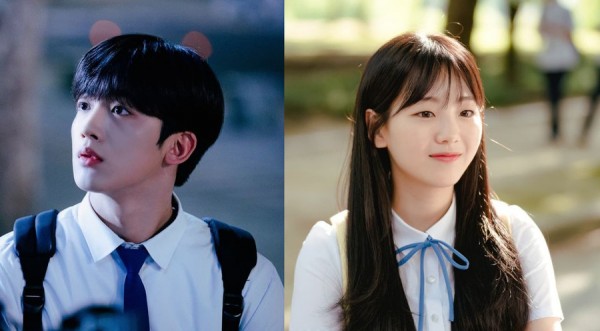 Veteran actors Yoon Yi Re and Park In Hwan will strengthen the drama.

IN CASE YOU MISSED IT: 'High School King of Savvy' Cast Update 2021: Binge-Watch These New Dramas From Seo In Guk, Lee Ha Na and More

"School 2021," the eighth installment of the "School" series is helmed by filmmaker Kim Min Tae and written by screenwriters Jo Ah Ra and Dong Hee Sun.

The upcoming drama is produced by KBS2 which consists of 16 episodes. It will air every Wednesday and Thursday on KBS2 and Viu.

"School 2021" is slated to air for the first time in November.

Chu Young Woo on 'Police University' and 'You Make Me Dance'

The 23-year-old actor recently stole hearts of many after he appeared as the charismatic and intelligent police aspirant Park Min Gyu in another KBS drama "Police University" with big stars Cha Tae Hyun, B1A4 Jinyoung and f(x) Krystal.

The "Police University" star made his debut in the big screen with the 2021 romance drama film "You Make Me Dance" with Won Hyung Woon where he received critical acclaim for his portrayal of his role.