The broadcast network continues to entice fans with a new trailer showing a glimpse of the actors' fresh team-up.

In a 50-second video, the K-pop star, who takes on the role of Eun Young Ro, prepares her recorder as she pours out all her emotions and describes falling love at first sight to the man who struck her heart.

She is referring to the dashing Im Soo Ho played by Jung Hae In.

However, she concluded her recording, wondering if they could ever meet again.

The "Snowdrop" teaser stimulates the fans' curiosity as they look forward to its much-awaited release.

Fans of the "D.P" star and Blinks virtually unite as they hype up the newly released trailer.

With only minutes after the clip was released, #SnowdropExclusiveTeaser became the number one trending topic on Twitter.

Fans dominate social media, expressing their opinions and how thrilled they are to see the duo, especially BLACKPINK's Jisoo, on the small screen.

The upcoming JTBC melodrama is the singer and now actress' first-ever major role in Kdrama, making the series special to her followers.

Interestingly, Netizens lauded how the 26-year-old beauty and the South Korean heartthrob looked so natural together.

Meanwhile, the majority praised their team-up and pointed out their undeniable on-screen chemistry that could make millions of hearts flutter.

Jung Hae In and BLACKPINK's 'Snowdrop' Cast, Details and What We Know so Far 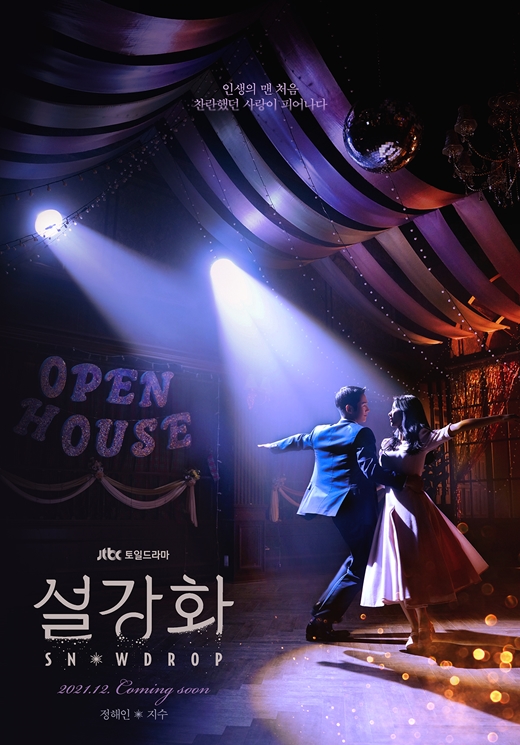 The latest "Snowdrop" teaser is the second trailer that JTBC released after confirming that the melodrama will be officially released.

Finally, after the broadcast network put the series on pause for months due to a controversy, fans would get to see Jung Hae In and BLACKPINK's Jisoo on the small screen as they play the role of university students who get swept up in a chaotic period.

Directed by Jo Hyun Taek and penned by Yoo Hyun Mi, who are the genius behind the hit makjang Kdrama "SKY Castle," the soon to be released melodrama is set during the late 1980s.

Im Soo Ho, a student at a prestigious university, barged into a women's dormitory where Eun Young Ro is staying.

She was stunned by the devastating look of Soo Ho, who was covered in blood.

Despite the possible danger, she took care of him and this is where their thrilling love journey begins.

Jung Hae In and BLACKPINK's Jisoo Talks About Experience in 'Snowdrop'

Ahead of the much-awaited premiere, the stars detail their experience and thoughts about the upcoming drama.

Jung Hae In revealed what made him decide to accept the offer, stating that it was because of the writing and the storyline. 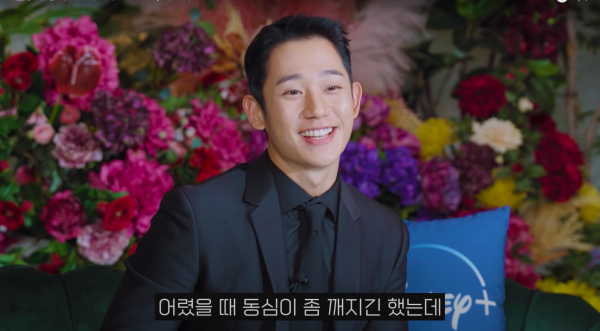 Meanwhile, the singer-actress mentioned how her fellow BLACKPINK members showed their support for her new role.

"The other BLACKPINK members promised that no matter what, they would watch the drama when it airs on TV," she said, adding that the girls always cheered for her and that made her gain "strength and work even harder."