We shall be seeing once again the action packed cast in a  sequel movie for "Confidential Assignment"!

"Confidential Assignment" is a 2017 film that reached a total of 7.81 million moviegoers which makes it a box office hit. The film was available to 42 countries including the US and other parts of Asia. The movie was a hit with a whooping budget production of 8.52 million dollars.

The first sequel was directed by Kim Sung Hoon who won the Best Director Award for the movie in Korean Film Shining Awards 2017. 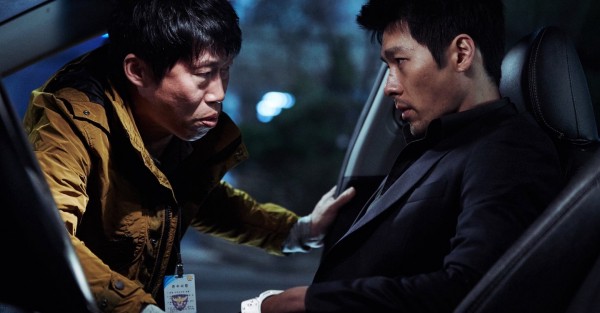 According to reports, both Hyun Bin and Yoo Hae Jin received the offers as confirmed by their respective agencies, Huayi Brothers Korea and VAST Entertainment and they are considering the offers as well.

Director Lee Seok Hoon (The Pirates and Dancing Queen) is working on the new script in which the actors will decide for their appearances before the final script will be released. The production is looking into bringing the excitement that the viewers loved in the first film and enjoyed a new suspense action as well.

Actor Daniel Henney has been offered to join the cast with the role as an American detective. Making the next sequel revolves around the joint investigation of two Koreas and the U.S.

Reportedly, Im Yoona also received a proposal for the female lead cast of the sequel "Confidential Assignment 2". The singer-actress is positively considering the role as the movie will be released next year 2021.

Im Yoona's performance in the film "Confidential Assignment" in 2017 received more than five recognition from different award-giving bodies for her supporting role as Park Min Young. The production is looking at making for interesting scenes for the actress together with actor Hyun Bin in the next sequel.

Im Yoona is working now on the film "Miracle" with Park Jung Min and Lee Soo Kyung. The fans are excited in seeing her next comical acting with the new sequel for "Confidential Assignment 2".

Currently,  Hyun Bin is in Jordan working on his film "Bargaining". Actor Yoo Hae Jin is busy promoting the release of the upcoming film "Space Sweepers".