Actors Shin Sung Rok and Cha Eun Woo are confirmed to be leaving SBS variety show "Master in the House."

On June 10, the production team of "Master in the House" made a public announcement, "Members Shin Sung Rok and Cha Eun Woo, who have been working together, will leave the show, and their final episode appearance will be aired on June 20."

The production team also added that after careful discussion they have decided to respect the decisions and opinions of Cha Eun Woo and Shin Sung Rok to focus more on their respective careers. 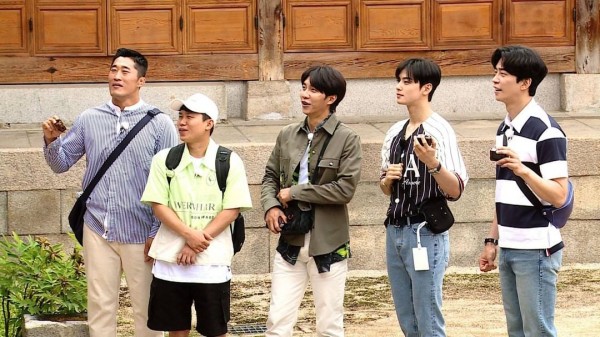 One of the official representatives expressed his gratitude towards the two members who will be parting ways with the show. According to him, "I would like to express my deepest gratitude to Shin Sung Rok and Cha Eun Woo, who gave such a bright and humorous journey in 'Master in the House.' We will continue to support them in their future projects."

Their last episode will air on June 20

You Might Also Like: 'My Love From the Star' Actor Shin Sung-rok Contracts COVID-19 After Promoting Musical 'Dracula'

Meanwhile, there is no further announcement yet whether the show will be adding new members. Lee Seung Gi, Yang Se Hyung, and Kim Dong Hyun are the remaining main hosts of "Master in the House."

"True Beauty" actor Cha Eun Woo became a fixed cast member of the show on April 21, 2020. Meanwhile, "Kairos" actor Shin Sung Rok has been with the team since 2019. Through their months of being regular hosts of "Master in the House," the two Korean actors have shown great chemistry with the other members.

A post shared by 집사부일체 Master in the House (@sbs_jipsabu)

They brought never-ending entertainment to all the viewers of the show, their smart and unique personalities blended well in each and every one of the members. Fans will surely miss their chaotic and genuine bond with Lee Seung Gi, Yang Se Hyung, and Kim Dong Hyun.

On the other hand, Cha Eun Woo has been doing various projects these days. After his successful global online fan meet last June 4 and June 5, the 24-year-old heartthrob is also gearing up to make his big-screen comeback with "Decibel." The "Vagabond" star Shin Sung Rok is also busy doing his musical play "Dracula."

In Case You Missed It: 'Decibel' Actor Cha Eun Woo Expresses Gratitude to Fans for His Successful Online Fanmeet

Are you watching "Master in the House"? What are your favorite episodes? Don't forget to share your thoughts with us in the comments!