Park Seo Joon proves that he is on his way to worldwide stardom as he teams up with W Korea for the newest campaign shoot of Chanel Beauty.

The "Itaewon Class" star sizzles as he shows off his modeling skills for the publication's latest cover. 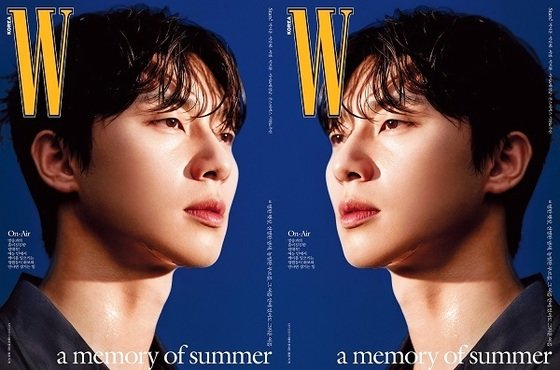 He also worked alongside Chanel Beauty for their latest skincare line known as Hydra Beauty. This features the French luxury brand's signature white camellia ingredient that helps provide moisture and makes the skin youthful and supple.

It appears that Chanel's Hydra Beauty Camellia Glow Concentrate is the secret to Park Seo Joon's radiant and glowing complexion.

Prior to this, W Korea magazine posted the behind-the-shoot scenes over their official Instagram that illustrate how Park Seo Joon nailed the campaign shoot.

The South Korean star became the French luxury brand's ambassador for their skincare line back in 2020.

He also shared this achievement on social media as he teases his fans with a creative post.

Over Park Seo Joon's Instagram, the actor shared a snap behind the clapperboard with a note that says, Chanel.

Aside from the luxury brand, the "What's Wrong with Secretary Kim" has a long list of endorsements under his belt--this includes Marni by Mue, Wooyoungmi, Raf Simons, and more.

His appearance in W Korea magazine comes after reports citing that the 32-year-old actor will appear in the highly anticipated Marvel sequel.

Earlier this week, rumors sparked that Park Seo Joon will be seen next to Hollywood actress Brie Larson for "Captain Marvels 2."

Amid the exciting news, his agency Awesome ENT says that they have "no comment" towards the issue.

Interestingly, multiple reports noted that after filming his upcoming movie "Concrete Utopia," the Hallyu star will head to the United States for filming.

"Train to Busan" actor Ma Dong Seok will appear on "Eternals" as well as Claudia Kim for "Avengers: Age of Ultron."

The "Fight For My Way" star has been receiving several offers following the success of the 2020 drama "Itaewon Class."

Aside from "Captain Marvels 2," Park Seo Joon is in talks to star opposite Han So Hee for the upcoming drama "Gyeongseong Creature," also known as "Hard Creatures."

If he agrees with the offer, he will play the role of Jang Tae Sang, a wealthy man of Bukchon.