Park Seo Joon is on his way to Hollywood!

It came after the Hallyu star is set to appear in the highly anticipated movie "Captain Marvel 2," alongside American actress Brie Larson.

In a report cited by a South Korean publication, the 32-year-old heartthrob is expected to join the powerhouse cast of the much-awaited Marvel franchise.

Moreover, the outlet also noted that the actor recently completed an internal review after receiving an offer to appear in the upcoming superhero movie.

In addition, the "Itaewon Class" star is scheduled to leave for the U.S. in the second half of 2021 to film the MCU movie.

Amid the news regarding his forthcoming film, his agency Awesome ENT has responded "No comment" to the issue.

Aside from Park Seo Joon, "Train to Busan" star Ma Dong Seok will also star in another MCU movie, "The Eternals," slated to premiere on November 4, 2021.

There's no denying that his appearance in "Captain Marvel 2" will be a major boost in his career globally.

With this, fans can't help but gush on Park Seo Joon's upcoming film on Twitter as they expressed their support for the actor.

I wasn’t fond of the first Captain Marvel but I’ll definitely watch the second installment if Park Seo Joon is in it. https://t.co/w16jlzVzcv

What You Need to Know about the Upcoming "Captain Marvel 2"

Brie Larson will reprise her role as Carol Danvers alongside Teyonah Parris as Monica Rambeau, while Iman Vellani will appear as Kamala Khan, aka Ms. Marvel, and Zawe Ashton which is set to play the villain.

"Captain Marvel 2" will be helmed by a young filmmaker, Nia DaCosta, who will be the first-ever Black woman to direct a Marvel movie. At the same time, the script will be written by "Wanda Vision" screenwriter Megan McDonnell.

As for the production, rumors sparked that the upcoming movie aims to start filming by the end of May 2021 and is slated to release the much-awaited sequel in November 2022.

This will follow the release of other MCU films, which include "Doctor Strange In The Multiverse Of Madness," "Black Panther: Wakanda Forever" and "Thor: Love And Thunder." 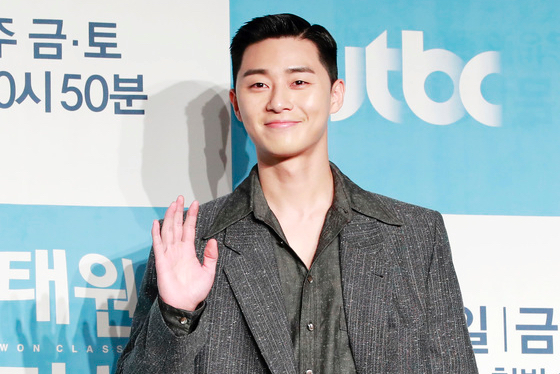 Apart from this, he is also set to lead the cast of the comedy-drama movie "Dream" and will work alongside Hallyu star IU.

This will be his comeback film since the 2019 "The Divine Fury."

As for his drama, the 32-year-old heartthrob will also star in the new thriller drama "Hard Creature," who will portray the wealthy Bukchon born Jang Tae Sang.

IN CASE YOU MISSED IT: Park Seo Joon Stuns in a Black and White Photo for Korean Actors 200