Amid her busy schedule with upcoming projects, Song Hye Kyo continues to share a glimpse of her life on social media.

With more than 11.5 million followers on Instagram, the Hallyu Star keeps her fans updated with random posts on the set or during her downtime.

Interestingly, the "Descendants of the Sun" star shared a collage of rare photos during her childhood.

It features how the actress transitioned as a toddler, to becoming a blossoming teenager and her early years in the industry which includes her stint in the mega-hit drama "Full House" donning the iconic side ponytail hairstyle. 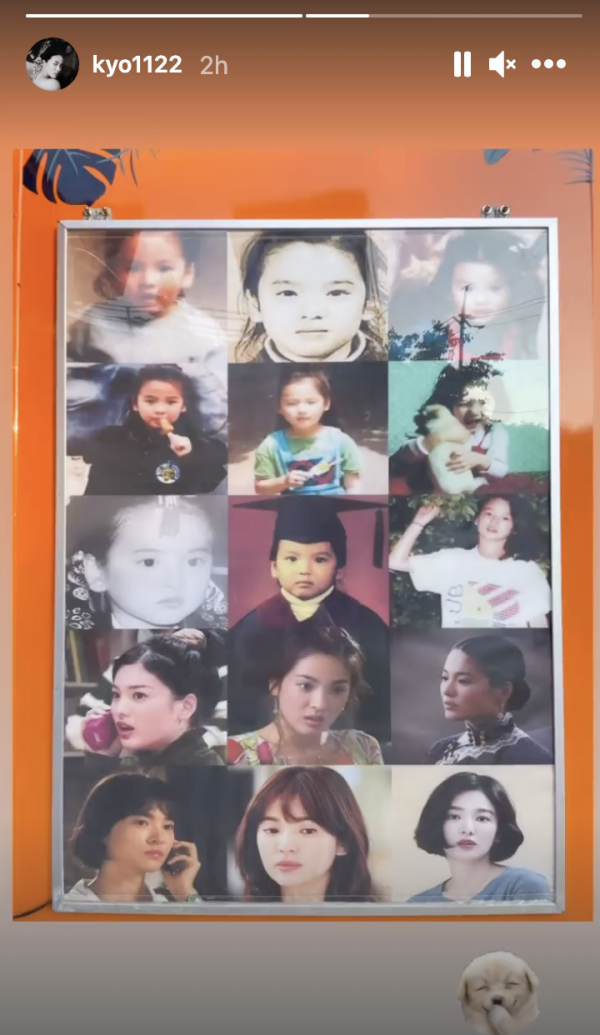 To recall, the 2004 rom-com drama, where she played Han Ji Eun opposite singer-actor Rain, became her breakthrough performance.

There's no denying that the A-lister managed to maintain the same beauty as when she was young up to now that she's considered among K-drama stars with the most beautiful faces.

At 39, the "That Winter, The Wind Blows" actress exudes a youthful and radiant glow that captivates everyone's attention.

After her two-year hiatus, Song Hye Kyo is making a comeback on the small screen with back-to-back dramas.

First on the list is the upcoming K-drama "Now, We Are Breaking Up," together with Jang Ki Yong, Choi Hee Seo, and Kim Joo Heon.

In the SBS' melodrama, the 39-year-old actress plays Ha Young Eun, who works for a fashion label and serves as the company's design team manager,

She is described as an intelligent realist and someone who has a great sense of style.

On the other hand, multiple outlets revealed that "Now, We Are Breaking Up" started its filming session.

With this, a series of behind-the-scenes stills circulated online. This also prompted her name, #SongHyeKyo trend on Twitter.

Interestingly, fans can get to see the Hallyu star on tv as the forthcoming series is slated to debut on November 12 and will be the newest Friday and Saturday drama.

Meanwhile, another Song Hye Kyo's drama is the highly anticipated series "The Glory" written by the "Descendants of the Sun" writer Kim Eun Sook and helmed by Ahn Gil Ho, whose famous works includes "Record of Youth" and "Memories of the Alhambra."

According to an outlet, the upcoming K-drama "The Glory" is scheduled to air at the end of 2021.

Apart from her much-awaited dramas, the A-lister has been appearing on the cover of various magazines and endorsements.

Her latest is the campaign shoot for the French luxury jewelry brand Chaumet, followed by Fendi, where she was hailed as the brand's first Korean ambassador.

Interestingly, the Italian luxury brand praised the Hallyu star and dubbed her as the "generation's icon of beauty."