Song Hye Kyo has been showing off her support to celebrity friends, including Go Hyun Jung.

The "Dear My Friends" star is thrilled to receive a coffee truck on the set of her upcoming K-drama "Reflection of You."

Despite covering her face with a face mask, the 50-year-old actress expressed her gratitude through a delightful expression as she posed in front of the mobile truck.

Wearing an oversized red shirt and black trousers paired with white sneakers, the veteran South Korean actress appears to be thrilled to receive a thoughtful gift from her fellow actress.

In addition, she was even caught taking a selfie alongside a commemorative photo.

"On the set of JTBC's 'Reflection of You," actress Song Hye Kyo sent this message. The coffee truck has arrived. Thanks for your support. Rumor has it that the filming site was full of energy," the caption reads. 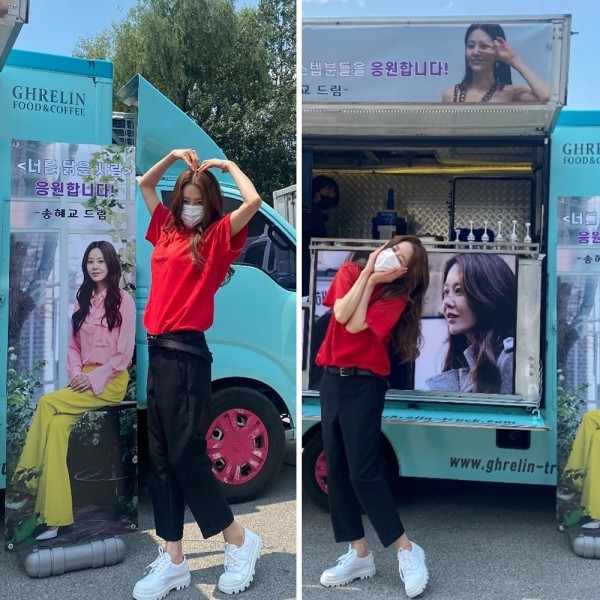 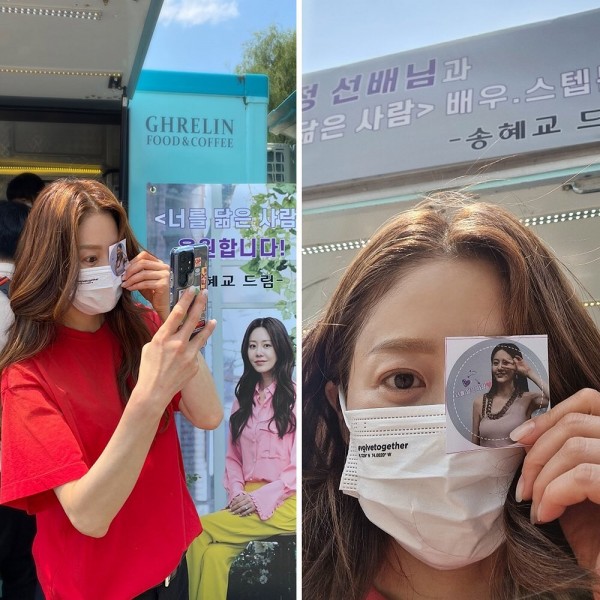 The forthcoming K-drama "Reflection of You" is Go Hyun Jung's comeback on the small screen, following her 2019 KBS series "My Lawyer, Mr. Jo 2: Crime and Punishment" alongside "Lovers in Paris" star Park Shin Yang.

Amid the filming session, the JTBC drama is set to premiere on September 1, airing every Wednesday and Thursday.

K-Drama "Reflection of You" Details

"Reflection of You" follows the story of a woman named Jung Hee Joo, played by Go Hyun Jung. in the drama, she is described as a successful painter, essay writer, and a devoted wife.

Despite her achievements and almost perfect family, Jung Hee Joo feels like she is wasting her time meaninglessly.

On the other hand, Song Hye Kyo recently shared a surprise present from Park Hyung Sik.

In May, the Hallyu queen showed off a heartwarming gift from the ZE: A member alongside a delightful note.

On Song Hye Kyo's Instagram, she revealed that the "Strong Woman Do Bong Soon" star sent her a coffee truck; she then shared a photo with a message that says, "Thanks, Hyung Sik."

Meanwhile, the coffee cup sleeves had a thoughtful message saying, "I support Hye Kyo nuna and the 'Now, We Are Breaking Up' team!"

In addition, the mobile food truck also has a banner that reads, "Please enjoy and cheer up," while one banner has an encouraging phrase that says, "Now, I Am Rooting For You." 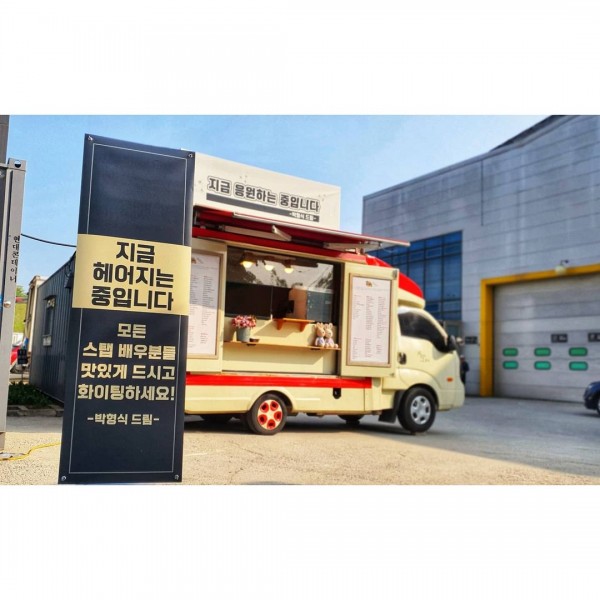 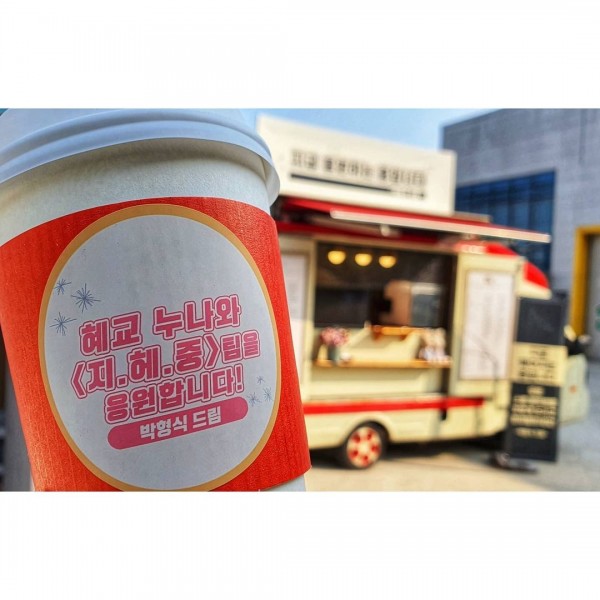 This is to support Song Hye Kyo's comeback in K-drama, following her 2018 series "Encounter."