Several viewers flocked on Twitter as they expressed their excitement over Jung Hae In and BLACKPINK Jisoo's K-drama "Snowdrop."

After YG Entertainment confirmed the KPop star's appearance in 2020, fans anticipated the official release of the forthcoming melodrama to show their support for the new team-up.

#SnowdropComingSoon Trends on Twitter as JTBC Releases Teaser of 'Snowdrop'

Over Twitter, fans highlighted JTBC's teaser showing a glimpse of the upcoming drama.

In a 10-second trailer, the 26-year-old celebrity, whose real name is Kim Jisoo, was spotted together with her male lead star Jung Hae In as the duo slow-danced in what appears to be a ballroom hall.

At one point, BLACKPINK's Jisoo and the "Something in the Rain" star gazed at each other, showing off their on-screen chemistry.

With this, fans can't help but gush over the "Snowdrop" update and mention their excitement for the much-awaited drama.

Due to the massive buzz, #SnowdropComingSoon became a trending topic not just in South Korea but worldwide.

With that 10-second trailer, SNOWDROP COMING SOON became trending in twitter worldwide. No words can describe how proud I am of Kim Jisoo.😩❤️#SNOWDROPCOMINGSOON
ACTRESS JISOO#SNOWDROP pic.twitter.com/KQiIsRu3F0

READ MORE: 'Snowdrop' Update: Everything We Know So Far About BLACKPINK Jisoo's K-Drama

To recall, this is not the first time that K-drama "Snowdrop" trends on social media.

In March, #SnowdropIsComing reached the top spot in Twitter's trending topic as millions of Blinks showed their support for Jisoo's new drama.

It came after the upcoming JTBC series was caught up in a controversy due to the allegation accusing the drama of historical distortion and glamorizing North Korean spies.

To recall, netizens began criticizing the show after an unfinished synopsis circulated online.

With this, others claimed that the lead character, portrayed by the "D.P" actor, is a spy who has infiltrated the activist movement.

At the time, JTBC immediately released an official statement explaining its stance regarding the drama.

In a lengthy statement, the broadcast network denied the speculation about historical distortion, saying that it is a "melodrama about the young men and women who were victims of that situation."

Moreover, JTBC claps back at the criticism, pointing out that Jung Hae In and BLACKPINK Jisoo's drama does not "disparage the pro-democracy movement or glamorizes being a spy or working for the NSP.

What We Need to Know About K-Drama' Snowdrop' 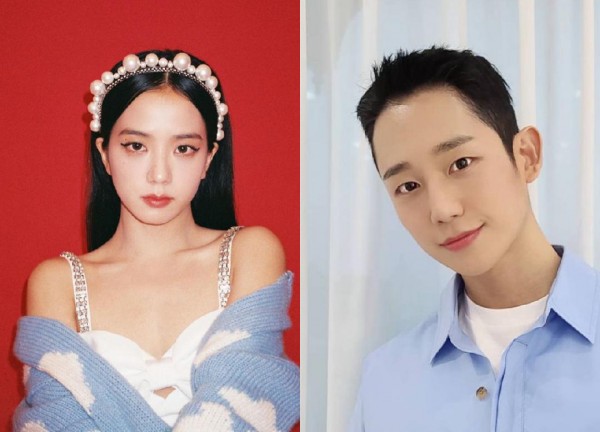 Helmed by "SKY Castle" director Jo Hyun Taek and penned by Yoo Hyun Mi, who is also the person behind the 2018 hit revenge drama, "Snowdrop" release date was initially in the second half of 2021 but was pushed through amid the controversy.

Several media outlets claimed that the release date is set for December 2021, but JTBC has not announced an official position on this matter.

In the drama, BLACKPINK's Jisoo will take on the role of Eun Young Cho, a student at a prestigious university who fell in love at first sight at Im Soo Ho, played by Jung Hae In.