SBS continued to drop pieces of evidence about the relationship between Song Hye Kyo and Jang Ki Yong's character in the upcoming series "Now We Are Breaking Up."

'Now We Are Breaking Up' Spoiler: The Break Up Poster

Just weeks before the drama hit primetime, SBS puzzled the viewers about the teaser posters that they released. The first poster where Song Hye Kyo's black and white photo that has burned from a corner already appeared in the previous video teaser and showed that a breakup had taken place. There was also a text that read "But our love is still ongoing." 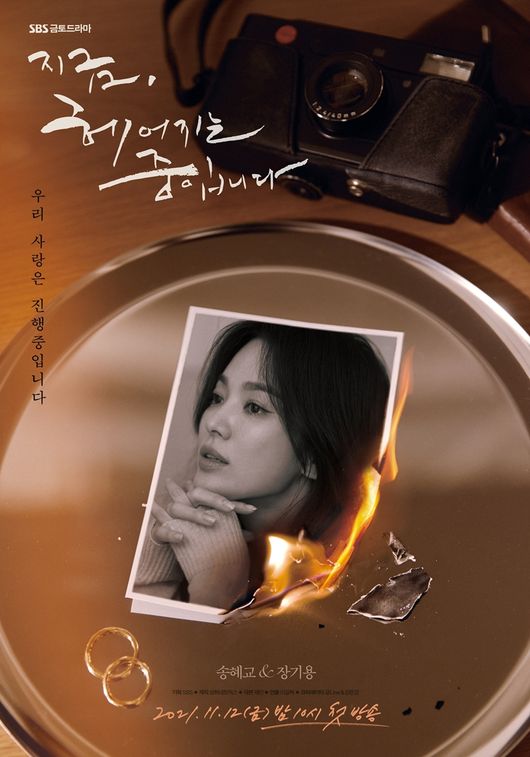 It has been said that the poster speaks not just about a breakup but also the progress of love between Ha Young Eun and Yoon Jae Kook.

YOU MIGHT ALSO LIKE: Song Hye Kyo and Jang Ki Yong Display Sullen Emotions in New 'Now, We Are Breaking Up' Stills

The next poster implies stacking memories. It contains the photo of Ha Young Eun (Song Hye Kyo) and Yoon Jae Kook (Jang Ki Yong), who are genuinely smiling and comfortably hold hands. Every moment with a loved one becomes a happy memory. The sweetness and affection that the two show in the photo make the viewers look forward to seeing how beautiful the memories of the love that Young Eun and Jae Kook will build in the drama. 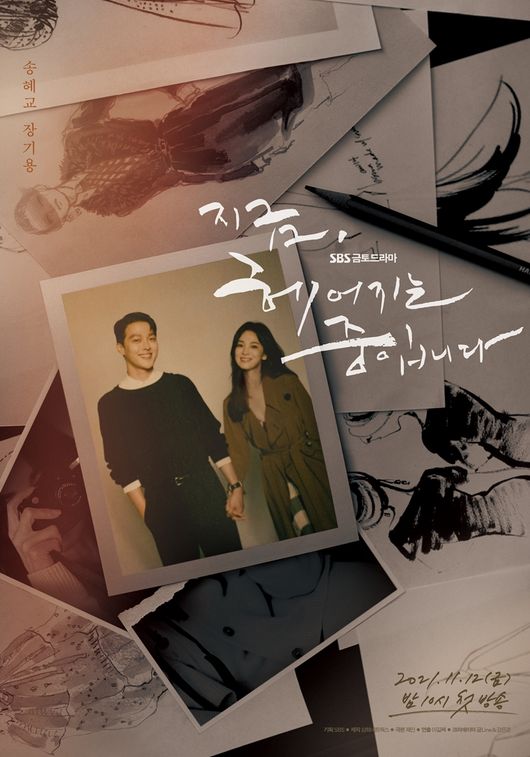 Meanwhile, the last poster exhibits an exciting start of love. Jang Ki Yong is caught taking photos of Song Hye Kyo. The viewers can feel the excitement of Ki Yong's heart while genuinely smiling in front of the camera. 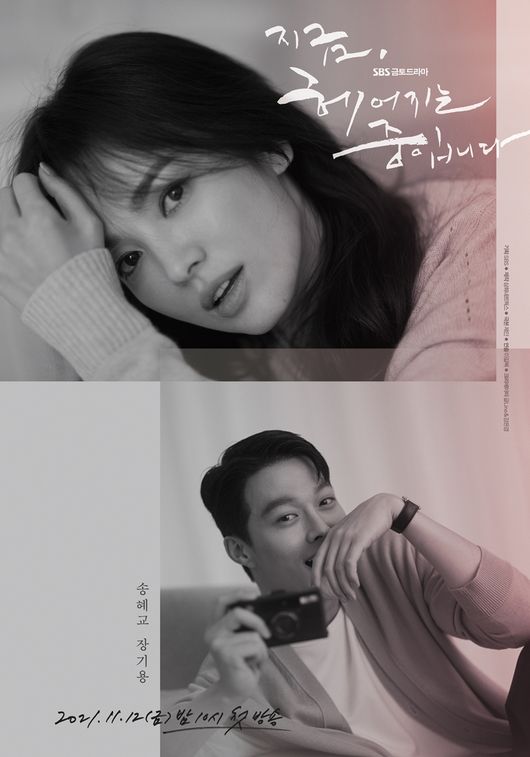 With these newly unveiled teasers, the audience had the chance to know more about the complicated relationship that Ha Young Eun and Yoon Jae Kook might encounter in "Now We Are Breaking Up."

Most of all, the teasers provided by SBS received praises from the public due to its impressive concept. It visually tells the story of how a love relationship progresses, and how love can create thousands of memories

On the other hand, due to the teasers being released, domestic and overseas fans are excited to see the chemistry between Song Hye Kyo and Jang Ki Yong on screen. "Now We Are Breaking Up" will premiere on November 12 at SBS every Friday and Saturdays.

IN CASE YOU MISSED IT: 'Now, We Are Breaking Up' Spoilers: What We Know So Far About Song Hye Kyo and Jang Ki Yong's Upcoming Drama

What are you looking forward to watching about the first-ever drama together of Song Hye Kyo and Jang Ki Yong? Let us know in the comments!