Jeon So Min Meets Her Secret Lover's Wife For the First Time in 'Show Window: The Queen's House'

"Show Window: The Queen's House," the upcoming mystery melodrama about a woman who unknowingly supports her husband's secret affair with another woman.

In the drama, Song Yoon Ah stars as the legal wife Han Sun Joo. Opposite Jeon So Min, who portrays the role of Yoon Mi Ra, a woman who befriends the former while secretly having an affair with her husband.

Lee Sung Jae plays the role of Shin Myung Seop, the man who has romantic ties with the two beautiful women. 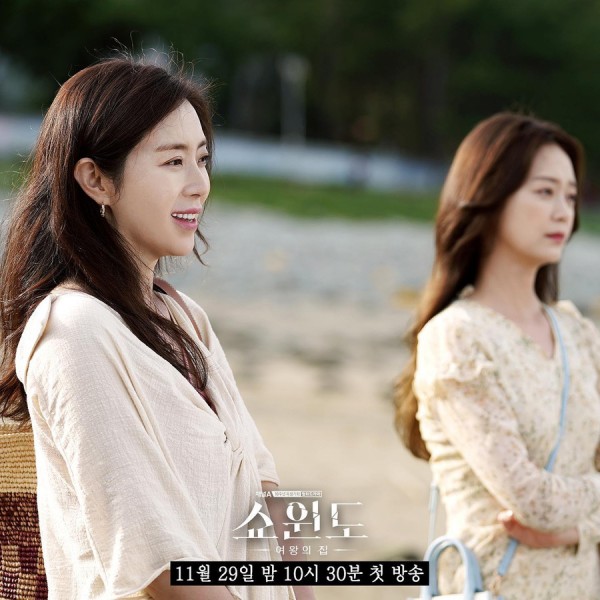 The newly released stills highlight the fateful first meeting of Han Sun Joo and Yoon Mi Ra on the beach, both dressed in white.

IN CASE YOU MISSED IT: Song Yoon Ah, Jeon So Min, Lee Sung Jae and Hwang Chan Sung Give a Glimpse of Their New Roles in New Melodrama 'Show Window: The Queen's House' Script Reading

Han Sun Joo and Yoon Mi Ra, the two women who are cluelessly linked together by their relationships with Shin Myung Seop, start a friendship as they stand beside each other, taking in the beautiful view of the ocean meeting the sun in the horizon. 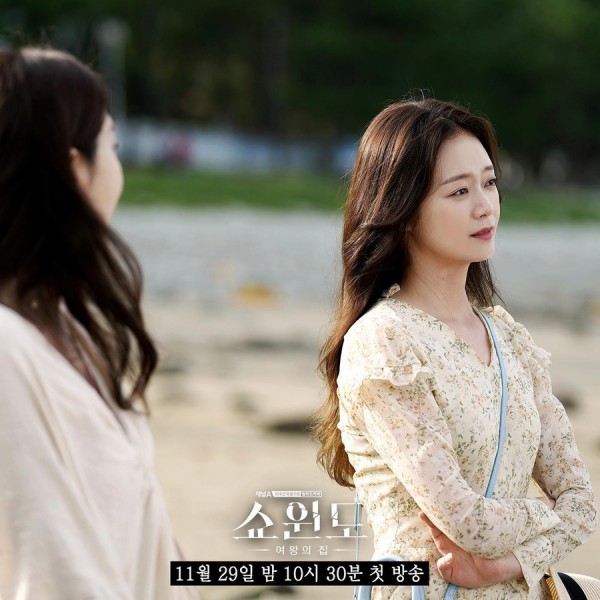 (Photo : Channel A)
Jeon So Min

(Photo : Channel A)
Jeon So Min

However, the two women have different demeanor that is evidently seen in their faces. While Han Sun Joo sports a bright smile and vibrant expression, Yoon Mi Ra's face is clouded by worry and fear. 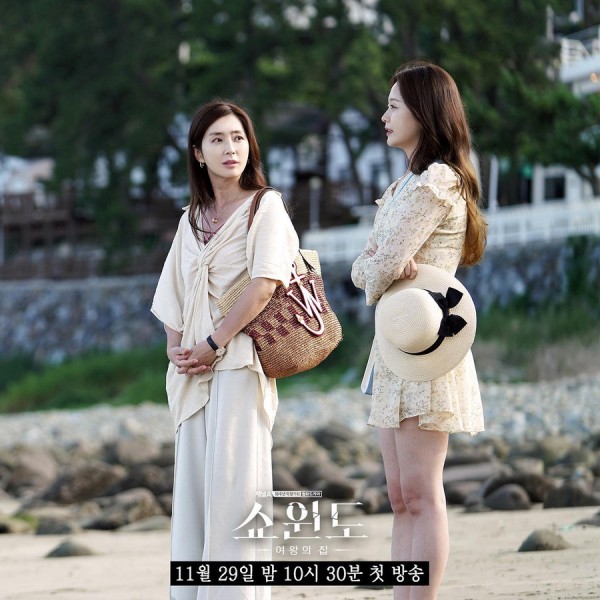 Attention is focused on what brought the two women to the same place at the exact same time. Curiosity about their budding friendship is also increasing.

'Show Window: The Queen's House' Premiere Date and Where to Watch

YOU MIGHT ALSO BE INTERESTED IN: Ex-Lovers Kim Da Mi and Choi Woo Sik's Fates Lead Them to Each Other After Years in New Romance Comedy Drama 'Our Beloved Summer'

For online and international viewers, the drama will be available with English subtitles on legal streaming platform Viki.