MBC finally unveiled the most requested behind-the-scenes video of Lee Junho and Lee Se Young for their iconic water scene in "The Red Sleeve Cuff."

Viewers now have access to watch the newly released making-of video from the first two episodes of the historical romance drama.

The filming occurred during the summer season in Korea, even though the cast wore heavy costumes, they managed to enjoy and showed good teamwork the whole shooting session.

At the beginning of the clip, Lee Junho and Lee Se Young practice their action scene where the male lead star catches her before they fall into the pond. While doing different stunts, the two are also enjoying their moments together, which gives a healthy and fun atmosphere in the set of the drama.

They also keep on checking each other after every scene. The camera also captured their staring moments with each other, displaying their natural chemistry. After numerous attempts, they perfectly did the romantic scene, which was shown in the first two episodes of the series.

From Romance to Comedy, Drama Lead Stars Flex Their Talent and Bright Auras

Following their cheesy moments, the two filmed the actual water scene next. It was where Lee Se Young accidentally fell into Junho's arms after she slipped into the forest. The director ended up laughing after Se Young made awkward takes with her co-star but still managed to finish the scene flawlessly. 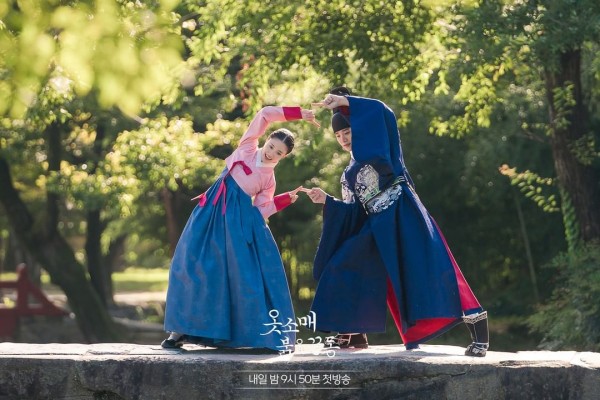 When the two lead stars finished their water scene, 2PM's Junho and the "Kairos" actress started preparing for their next scene. While having their exit from the pond, "The Red Sleeve Cuff" stars began to tease each other.

For the last part of the video, Lee Junho and Lee Se Young filmed inside the palace, where his character Yi San gave Sung Deok Im (Lee Se Young) a hard time writing the apology letter over and over again.

In between takes, the two joke around along with the other cast and staff. The video was uploaded on MBC's Instagram and Facebook accounts, and will be released soon on YouTube.

Watch "The Red Sleeve Cuff" Behind the Scene Video Here!

IN CASE YOU MISSED IT: 3 Funny Moments Between Lee Junho and Lee Se Young in 'The Red Sleeve Cuff' That Prove Their Amazing Chemistry

What are your thoughts after watching Lee Junho and Lee Se Young's water scene in "The Red Sleeve Cuff"? Share your comments with us!