Girl's Day Hyeri and Yoo Seung Ho, who proved themselves as actors and have been in the spotlight for quite a while, work together to decorate the small screen with their new drama "When Flowers Bloom, I Think of the Moon."

The KBS2's upcoming historical romance drama, which is set in the Joseon era, follows the fateful romance of two different people with opposing principles and personalities, who unexpectedly fall in love with one another.

In the drama, Girl's Day Hyeri plays the role of the struggling aristocrat Kang Ro Seo, who illegally brews alcohol in order to support her family. On the other hand, Yoo Seung Ho takes on the role of the Joseon's most honorable inspector, Nam Young, who lives his life by his principles. 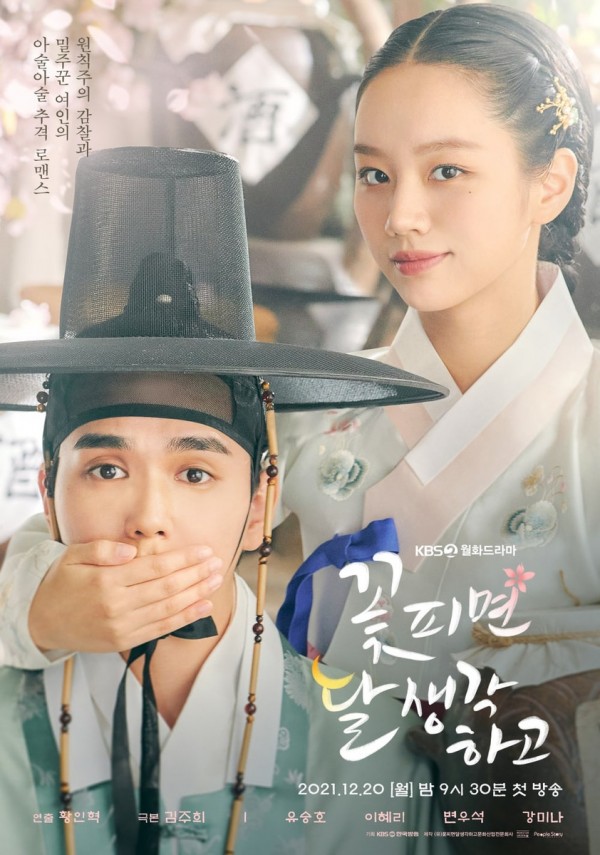 The newly released posters highlight the contrasting personalities of the rule-breaker Kang Ro Seo and the reserved Nam Young.

The first poster pictures Kang Ro Seo's mischievousness, smirking directly at the camera while covering the shocked and confused inspector's mouth with her palm and spoon, forcing him to keep her deepest secret. 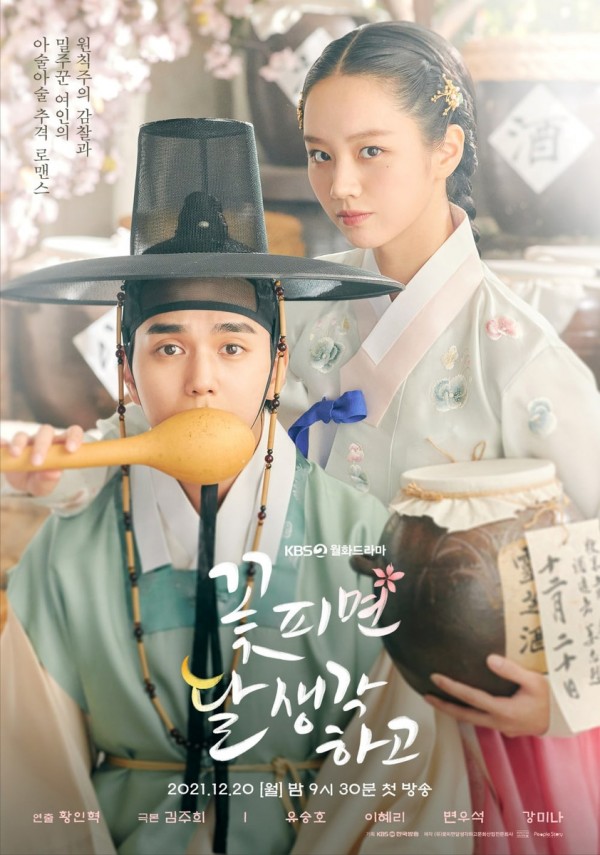 A representative of "When the Flowers Bloom, I Think of the Moon" production team raises anticipation by saying, "The inspector and illegal liquor brewer know they shouldn't cross certain paths but when they do, the story and relationship they'll build will surely make everyone's hearts flutter."

'When Flowers Bloom, I Think of the Moon' Premiere Date and Where to Watch

"When Flowers Bloom, I Think of the Moon" is produced by Monster Union and People Story Company for KBS.

The drama is scheduled to air for the first time on Monday, December 20 on KBS.
What are your thoughts on Girl's Day Hyeri and Yoo Seung Ho's first ever romance drama together? Share your thoughts with us in the comments below!