tvN's highly anticipated apocalyptic thriller series "Happiness" gave the viewers a brief sneak peek of what happens behind the cameras by releasing its newest behind-the-scenes video.

The video consists of various clips from episodes 5 and 6. Han Hyo Joo and Park Hyung Sik, two shining actors who lead the drama, exchange banters which make the rest of the cast and production crew laugh.

"Happiness" follows the story of an apocalypse-stricken city that is sealed with an infectious grave disease. It also depicts the people's struggles to survive while battling their fear, psychological warfare and personal dilemmas.

The behind-the-scenes video of the drama begins with the cast members playing with Lee Joon Hyuk's camera. Laughter fills the air as Lee Joon Hyuk chases Park Hyung Sik outside the apartment, however, he is unable to open the door. After being left with no choice, he shyly rings the doorbell, causing the staff and other cast to laugh. 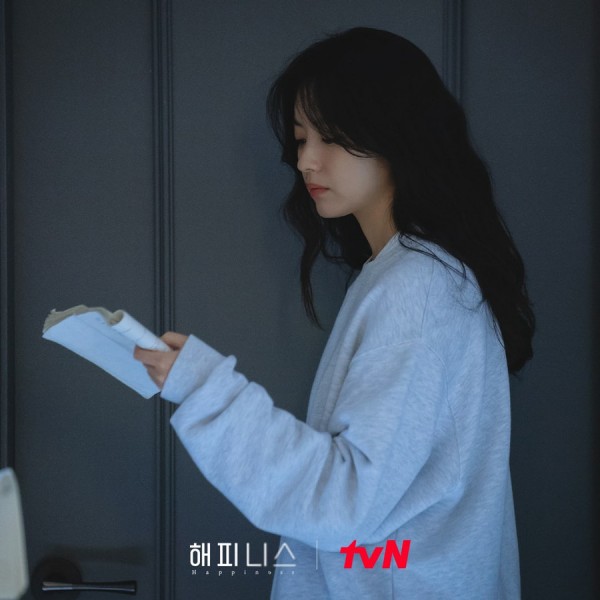 In the next scene, the actors head to the supermarket. As the staff adjusts the height of the shutter that will be pulled down during the scene, the production team accidentally raises it up to an impossible height. Park Hyung Sik then surprises everyone and jumps to grab the shutter's core.

Following the scene, Han Hyo Joo and Park Hyung Sik, the two lead stars, sit across from each other while drinking. After Han Hyo Joo takes a sip, she abruptly suggests refilming the scene as the foam from the beer keeps on spilling. 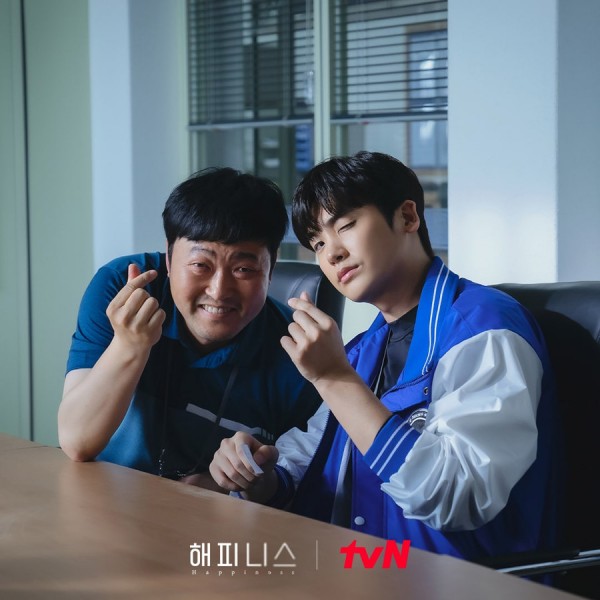 The two stars immerse themselves in their respective characters. As they wrap up the scene, Park Hyung Sik jests, "I'll join you."

Han Hyo Joo, who is quick-witted, surprises him with her own ad-lib, "Isn't it obvious?" 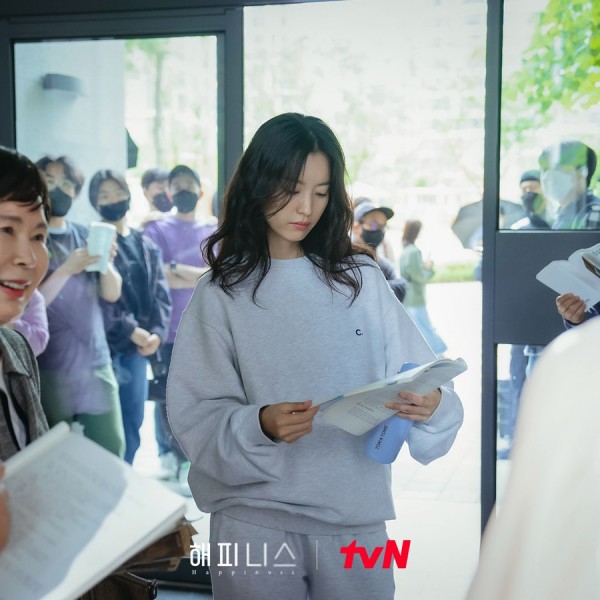 The two couldn't hold back their laughter at Han Hyo Joo's funny ad-lib, "Bottoms up!"

'Happiness' Episode 7 Release Date and Where to Watch

In episode 6, Yoon Sae Bom and Jung Yi Hyun have been trapped inside Le Ciel, their apartment complex together with their other neighbors. 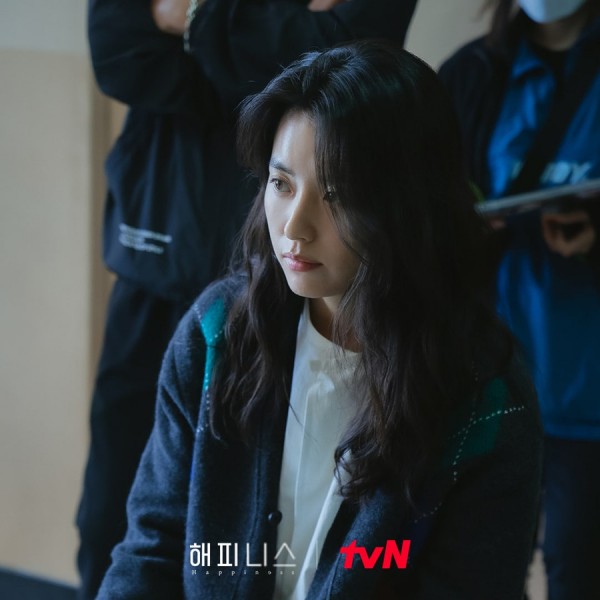 Well-written characters who will strengthen the drama series are slowly appearing one by one, amplifying the curiosity about their connection with the characters and how they will affect the story in the next episodes. 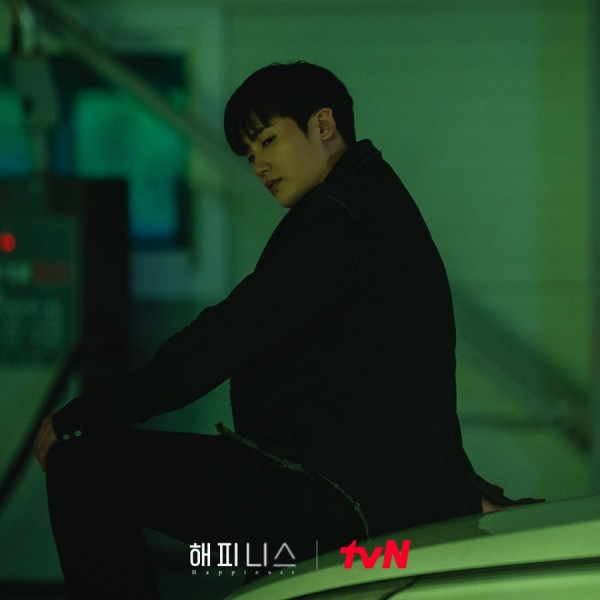