New "The Red Sleeve Cuff" episodes will be up this Friday and on Saturday and viewers' are excited for what's next for Crown Prince Yi San (Lee Junho) and Court Lady Sung Deok Im (Lee Se Young).

The crown prince saw the court lady in the middle of the garden palace and was taken aback with her sudden change of outfit. He immediately runs towards Sung Deok Im who is busy day dreaming.

IN CASE YOU MISSED IT: Lee Junho and Lee Se Young's 'The Red Sleeve Cuff' Remains as Most Popular Kdrama for 2 Consecutive Weeks

Even though there are lots of eyes watching them, Yi San grabs the court lady's wrist and fondly touches her cheeks.

Furthermore, the exchange of looks from the two makes the viewers anticipate the upcoming "The Red Sleeve Cuff" episode 5.

One of the drama production's officials said that the next episode broadcast will show the clumsy yet straightforward action of Crown Prince Yi San towards his first love, Sung Deok Im.

In the second set of stills, Yi San comfortably sits leaning against the door of his room while fondly listening to Sung Deok Im, reading a book of novels for him.

Previously, the crown prince hated to hear novels, but his taste began to change when his feelings for the court lady started to grow. 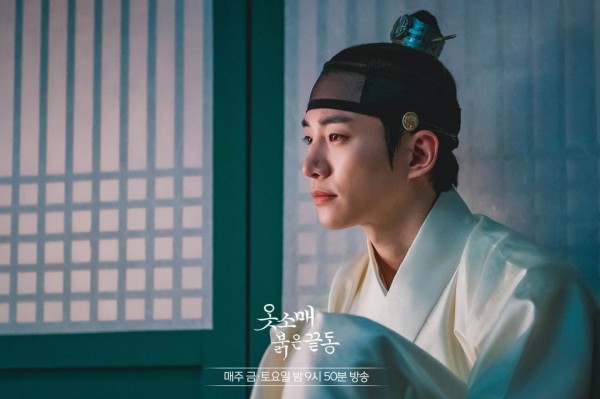 The crown prince seems to be at ease while listening to the court lady's voice. Although there's a door that covers them, the emotions that lingers through their face showcase the growing feelings they have for each other. 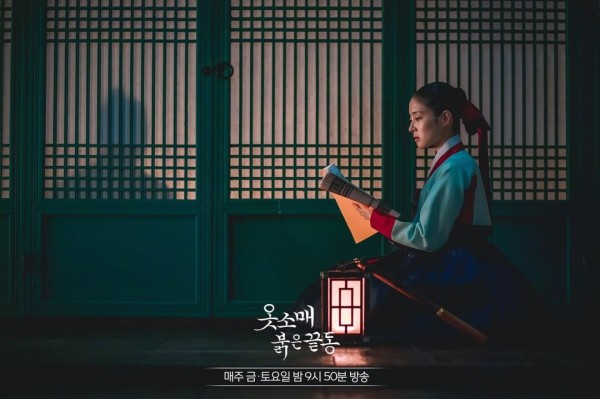 A representative from the drama shared that on that specific scene, Yi San and Sung Deok Im will start to develop a more intense relationship by exchanging feelings beyond excitement of being right next to each other.

Find out all the exciting moments of the crown prince and the court lady in the forthcoming "The Red Sleeve Cuff" episodes that you can watch on MBC at 9:40 p.m. (KST).

Three weeks after premiere, Lee Junho and Lee Se Young's romance drama "The Red Sleeve Cuff" already became consistent as the most watched and most popular Kdramas according to Good Data survey. The series managed to beat Song Hye Kyo and Jang Ki Yong's "Now, We Are Breaking Up."

Are you excited for Lee Junho and Lee Se Young's moments in "The Red Sleeve Cuff" episode 5? Share your comments with us in the comments!