After she knew that Yi San was the crown prince, Sung Deok Im became angry for deceiving her and disguising as somebody else. She went to the pond to do stone-skipping to release her anger.

The next day, the court ladies were no longer apprentices, and were sent to the palace to fulfill their mission to serve the crown prince.

Before she entered the palace, Sung Deok Im visited the library and packed all her belongings.

As she said goodbye, the court lady also mentioned all the good and bad memories she had with Yi San.

On her way out, the crown prince appeared in front of her and asked if he was the person she was talking about. Sung Deok Im was shocked he heard all her grudges.

Then, they had a serious conversation together because the crown prince asked her to say all the things she wanted to say with the promise he would not to get mad

With that meaningful meeting, Yi San finally had a conclusion on what Sung Deok Im thinks of him.

On their first lesson, Sung Deok Im was the only person to do it right, and due to this, she was tasked to be the crown prince's personal maid. 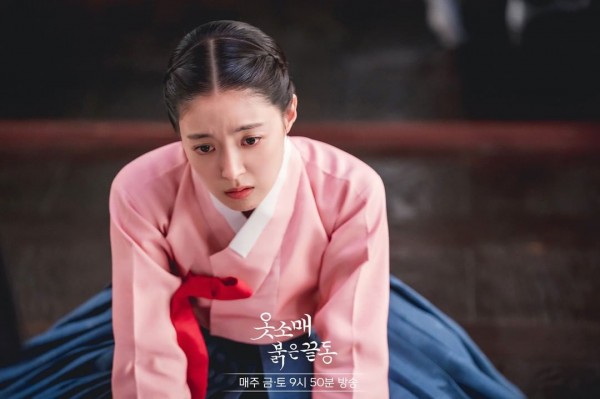 Sung Deok Im was hesitant to enter the palace as she didn't want to show her face again to Yi San. She was embarrassed for what they talked about the last time they met in the library. But fate was playful and brought them even closer to each other.

Yi San was surprised to see Deok Im inside his room. She is the newly-appointed maid to stay with him starting from that day.

The more the crown prince sees the court lady, the more his feelings for her grow. 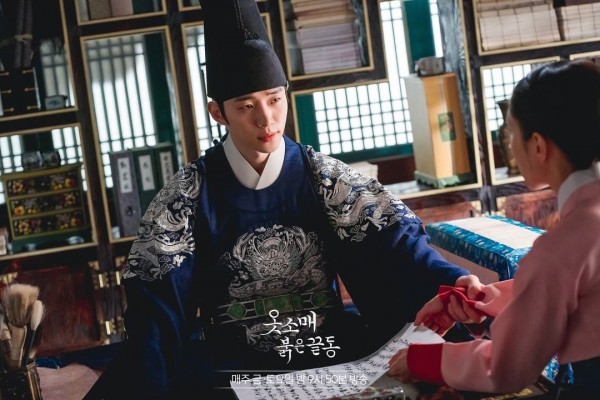 He gets distracted every time Sung Deok Im is close to him. To divert his attention and to annoy the court lady, the crown prince tried to keep on giving her the same task.

Within just days of being the crown prince's personal maid, Sung Deok Im already caught trouble with Princess Hwawan (Seo Hyo Rim), Yi San's aunt. She wanted to punish Deok Im for breaking one of the palace's rules. But the crown prince was quick to save her even from the King.

To return the favor to Princess Hyebin for saving Sung Deok Im and her brother's lives, the court lady was tasked to always check the crown prince's daily activities and update the princess.

One night, to confirm whether the rumor was true that the crown prince visits courtesan houses, Sung Deok Im followed him. But she was caught by the guards, Hong Dong Ro (Kang Hoon) who was also at the place saw her and gave the permission to kill her for trespassing.

Yi San was quick to stop the guard from hurting the court lady. 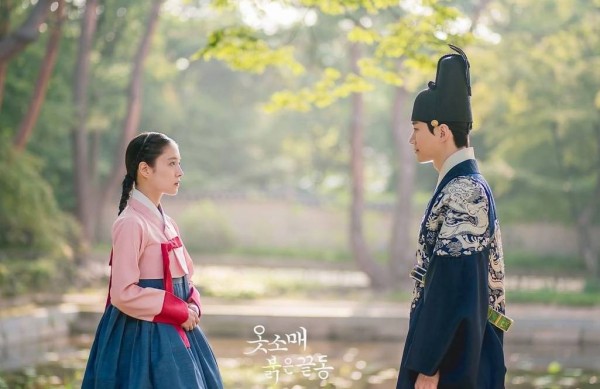 Now that Sung Deok Im and Yi San are closer, the feelings that they have for each other will also start to grow.

IN CASE YOU MISSED IT: 'The Red Sleeve Cuff' Episode 3: Lee Se Young Discovers Lee Junho is the Crown Prince

What are your thoughts about "The Red Sleeve Cuff" episode 4? Share it with us in the comments!