Actor and singer Ji Chang Wook will be stealing hearts once again as he appears on the cover of Esquire Hong Kong's December 2020 issue.

Exclusive behind the scenes footage of Ji's December 9 photoshoot for Esquire Hong Kong revealed "Asia's Prince" effortlessly exuding charm and confidence while sporting choice pieces from high-end fashion brand HUGO BOSS. His varying styles from the different outfits contrast with the raw and brutalist background from what appears to be an abandoned establishment. 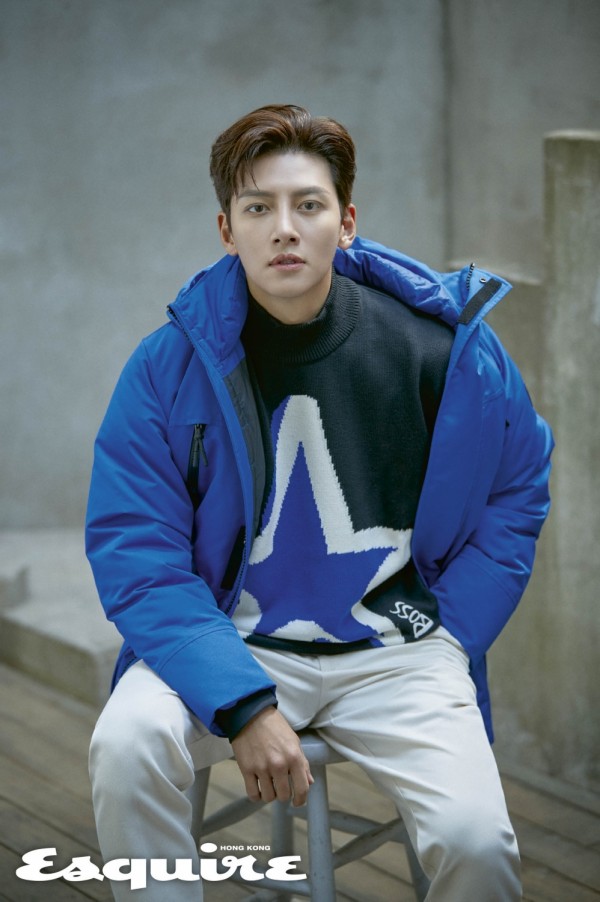 Most of Ji Chang-Wook's apparel is part of BOSS X Justin Teodoro, the clothing line's collaboration with Teodoro - a New York City-based artist and designer whose creative works have appeared in various fashion and lifestyle magazines such as Harper's Bazaar, Glamour, Vogue, and more. Ji's compatibility with the Hugo Boss pieces is highlighted thanks to the photography by Kim Do Won, with the shoot produced by Seraphic Studios.

The exclusive peek at Ji's Hugo Boss pictorial for Esquire Hong Kong also includes an interview, offering insights about the Korean superstar's thoughts, hobbies, and recent status as a sought-after actor. When Karen Tsang, writing for Esquire Hong Kong, asked Ji Chang Wook about people thinking he's very happy, the actor replied: "Although everyone often thinks everything about me is very happy, happy and accomplished, I actually don't quite agree with it." However, Ji added that to receive the recognition he has is a "huge motivation and spiritual comfort" for him.

Ji Chang Wook in the Year 2020, and Motorcycles

Furthermore, as this year marks Ji Chang Wook's 12th year in the industry, Tsang asked him if there were roles or kinds of drama he wants to do. "Compared to the roles he tried, I haven't tried it yet. There seem to be more of them. So, I am looking forward to more different challenges in the future," Ji Chang-Wook answered. As for a particular role, he didn't have any specific answer, explaining that there are too many of them for him to still try.

Also, the Esquire interview offered Ji's insights about the unpredictably challenging year of 2020. Summarizing it in one sentence, the "Healer" star responded: "[Fortunate] to be able to live through it safely." He recognized the difficulty of the past year, sharing that it left him feeling like there's nothing he can do to improve the situation. Additionally, he also stressed his newfound understanding of the importance of health.

Despite the lockdown orders from the pandemic, Ji remained busy. His recent project, "Lovestruck in the City," is set to premiere on Kakao this coming December 22 and subsequently be made available for worldwide audiences through streaming platform Netflix. Ji Chang-Wook shared that he meets friends on holidays. However, he can't meet with them that often, owing to the pandemic, prompting him to stay at home during the holidays.

Another fascination for the 33-year-old star, according to the Esquire interview, is his love for vehicles and motorcycles. Although Ji loves the wind and the freedom of going where he wants to, he explained that he's not really a fan of speed.

"Enjoying the sun with coffee is my favorite moment! I usually get excited before I leave, and then if I feel tired halfway, I will stop for a cup of coffee and enjoy the sun," Ji Chang Wook added.