Due to popular demand, OCN's record-breaking drama "The Uncanny Counter" will have a second season! 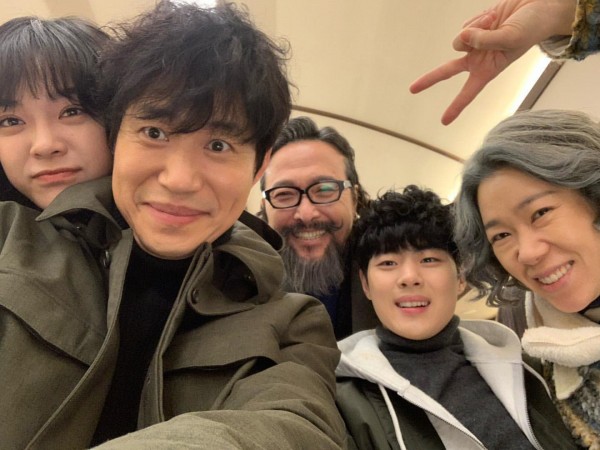 Good news for all the "Counter" fans out there! The drama is already confirmed for the filming of a new season!

According to a representative from the drama on Jan. 25, "It is confirmed that there will be a second season for the drama 'The Uncanny Counter,'" adding, "On the other hand, other details about the filming and broadcast schedules have not been confirmed yet."

Since the drama's premiere, it reached heights by achieving new records, especially its impressive viewership ratings. "The Uncanny Counter" never fails to break its own rating records, and even made a huge progress in the drama history of OCN.

Also Read: 'The Uncanny Counter' and 'True Beauty' Topped the List as the Most Searched Dramas: See Full Ranking

"The Uncanny Counter" is a webtoon-based series that tells the journey of four demon hunters called "Counters," who went down to earth and hid their own identity as workers at a noodle restaurant. It is one of their techniques to hunt down and capture evil spirits.

The drama has been lauded by viewers, from its unique plot to its main, good performing cast, not to mention the action stunts of the actors that truly augments the spice and intrigue to complement the story.

In addition, the chemistry of the four leads is also a large factor why the audience enjoyed the series. "The Uncanny Counter" tackled family, friendship, and presented never-ending humorous moments, solidifying the impact for its avid viewers.

Prior to the drama's pilot episode, the cast underwent different trainings to prepare themselves for the extensive action stunts. Here, they showcased how passionate and determined they were to be able to provide a great outcome in each episode.

As the shooting days went, the cast also developed a solid friendship. One of the representatives from the drama revealed that the filming set always had a bright atmosphere because of the natural bond that the members of the cast and the production team shared.

Now that the drama has come to an end, another season will finally begin. After the announcement confirming that there will be a sequel, fans across the globe were thrilled and are now looking forward to seeing the "Counters" soon.

As of now, two of the actors Jo Byeong Gyu and Kim Sejeong are busy with their new projects. They also reunited in the Netflix's original whodunnit show "Busted Season 3."

Meanwhile, in partnership with tvN a special broadcast with the cast of "The Uncanny Counter" is scheduled to air on Feb. 7.

Also Read: 'The Uncanny Counter' Cast to Release a Special Broadcast in Partnership with tvN

Are you also excited for the upcoming season two of "The Uncanny Counter"? Share your comments with us!