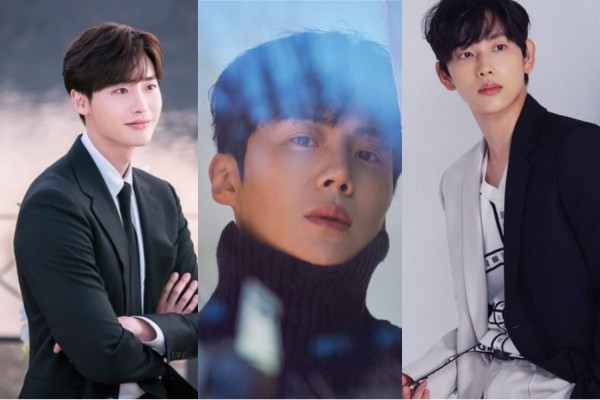 These are some of your favorite Korean drama actors that are too beautiful inside and out.

In his previous drama, before he went to the military, Lee Jong Suk played the role of Cha Eun Ho in the romantic series "Romance Is A Bonus Book." A proficient writer and chief editor who spent most of his life being secretly in love with his friend Kang Dan Ih (Lee Na Young). He earnestly helps Kang Dan Ih in a way that Eun Ho can. Lee Jong Suk showed his warm side through this drama, and viewers can't help but to also dream of meeting a good guy like him, who embraces all his friends' flaws with open arms and not ask anything in return.

The guy who gave the nation the serious "second lead syndrome" for his role as Han Ji Pyeong in the drama "Start-Up." He could easily be misunderstood as a cold male lead because of being an honest and straightforward person. Despite that, there was a lot of proof that Han Ji Pyeong is indeed a good boy. That moment in his life when he was not aware of his increasing feelings for Seo Dal Mi (Suzy), still, he always made sure that she is happy and safe.

Ji Pyeong also respects his friendship with his first love, and he never wants to be a burden to her. He also showed his sweet and warm relationship with Dal Mi's grandmother. The fans did not dub him as "Good Boy" for no reason. I bet you are still hooked up with this man!

Idol-turned-actor Im Si Wan is now making a buzz for his exceptional portrayal in JTBC's drama "Run On." His warm and bright character as Ki Sun Gyeom gave a big impact on the audience. Here, he's a former track and field athlete who at first seems a bit socially awkward but is a certified cutie once people get to know him more.

Ki Sun Gyeom has a caring and pure side, especially for Oh Mi Joo (Shin Se Kyung). Plus, his swoon-worthy words and actions towards the people who are important to him. He is always ready to protect his loved ones, and he always puts others' needs first before his own. Im Si Wan gave the viewers a new kind of good character to look forward to!

Kim Soo Hyun (It's Okay to Not Be Okay)

Played the role of Moon Gang Tae in 2020's hit drama "It's Okay to Not Be Okay," Kim Soo Hyun definitely made a good portrayal in immersing himself in the character of Moon Gang Tae. From taking good care of his older brother from a young age, and kindly look out for his patients even though he also needs love and care with all the scars he had in living his life.

Moon Gang Tae is selfless when it comes to helping those people who are in need. When Ko Mun Yeong (Seo Ye Ji) was about to harm a patient, Gang Tae immediately went to save him by blocking her knife with his own bare hand. As the story continues, even though Ko Mun Yeong has a romantic obsession with him, Moon Gang Tae still manages to be calm and takes good care of her and helps Mun Yeong heal her emotional wounds.

The man who almost has it all. Idol and actor Cha Eun Woo made again another magnificent performance as Lee Su Ho in his previous romantic-comedy-drama "True Beauty."

Despite his cold-hearted appearance, he was actually a sweet and caring person. He cherishes his genuine friendship with Seo Yeon and Han Seo Jun. And from being distant from others, Lee Su Ho became more open and friendly after meeting Lim Ju Gyeong (Moon Ga Young), whom he shared most of his vulnerable side and helped him change his perspective in life.

His swoon-worthy actions towards the woman he loved and the sacrifices he made for his friends were just some of the many things that Lee Su Ho is capable of doing without anything in return. He captivated the hearts of the viewers through his words and actions.

Another "True Beauty" star captured the attention of the viewers for his genuine actions towards his loved ones. He may look rebellious and cold on the outside, but Han Seo Jun is actually a pure and caring guy on the inside. He is ready to do everything just to make his friends and family happy, even though it means sacrificing his love for Lim Ju Kyung (Moon Ga Young) to protect and be able to have a good relationship with her and his long-time friend Lee Su Ho (Cha Eun Woo).

What can you say about these Korean actors who captivated the hearts of many through their characters as good boys? Let us know in the comments!