Far from his firm yet bashful character as Mr. Cho in "Vincenzo," actor Choi Young Joon already had a colorful and lively career in the music industry before.

Why, you ask? Then continue reading to know the answer!

Choi Young Joon has been receiving lots of praise lately from the viewers for his appearance in the record-breaking series, "Vincenzo." He became more familiar in the eyes of the audience because of his impressive acting.

As a matter of fact, you might've seen him more than you can recall as he has actually starred in top-tier dramas: "Arthdal Chronicles" (where Song Joong Ki was also the lead), "Hospital Playlist," "Flower of Evil," and "Vincenzo."

The 40-year-old actor, who also has undeniable charisma onscreen, is garnering new fans because of his top-notch acting.

But did you know that he was a former member of the R&B group 7Dayz?

We bet, just like us, you're new to this information regarding the previous career of actor Choi Young Joon.

Can't believe it? Then see it for yourself here!

Before he entered the acting field, Choi Young Joon used to be a singer. He was a member of the Korean boy band, 7Dayz. The group debuted in 2002 and was able to release one album. 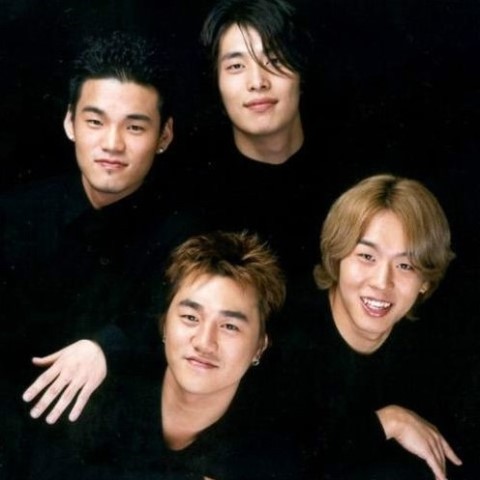 Unfortunately, the group disbanded soon and most of the members started to move to the band named Wanted, while some pursued their solo careers.

Choi Young Joon was known as Y.J. He uses the initials of his name, obviously, and his co-members were Lee Jung, Seo Jae Ho, and Chun Sang Hwan. They were a four-member boy band that was able to share their love for music even in a short period of time.

Following the disbandment, Choi Young Joon found a new path to pursue. He was able to show his skills in acting in various drama projects and he had his first musical in 2016, "Marie." Since then, he has been quite active in the entertainment industry.

Now that he has signed out as an agent from the International Security Intelligence Service, Choi Young Joon will be coming back as Bong Kwang Hyeon in "Hospital Playlist" Season 2 this June 2021.

Meanwhile, before he marked his name in the industry with his role in "Vincenzo," he first appeared in "Arthdal Chronicles" in 2019 alongside Song Joong Ki. It's safe to say they they were destined to reunite in the epic drama.

Choi Young Joon also appeared in "Flower of Evil" alongside Lee Joon Gi and Moon Chae Woon. And after having a role in "Hospital Playlist" Season 1, the singer-actor will be returning in season 2, which is scheduled to meet the audience in June.

If you want to see more updates about actor Choi Young Joon, you can follow him on Instagram @choiyj0707!

Are you excited to see again actor Choi Young Joon in the upcoming "Hospital Playlist 2"? Don't forget to share your thoughts with us in the comments!