Following his departure from "Master in the House," ASTRO member Cha Eun Woo began to focus on his forthcoming movie with Lee Jong Suk. 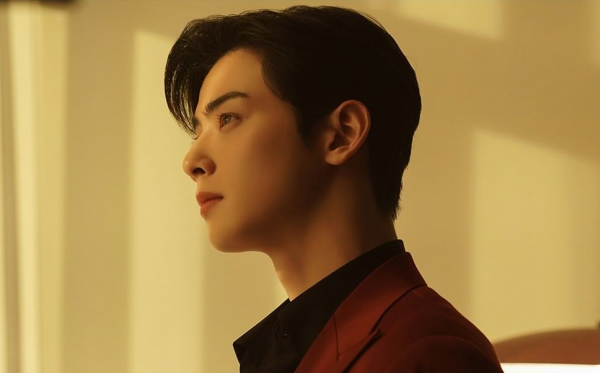 Aside from group promotional activities with his fellow ASTRO members, the young star is also preparing for his new action film "Decibel."

On June 15, Vogue Korea had Eun Woo as their new celebrity cover. And besides doing photoshoots, they also prepared a new segment for the fans to enjoy while watching their favorite Korean celebrities. 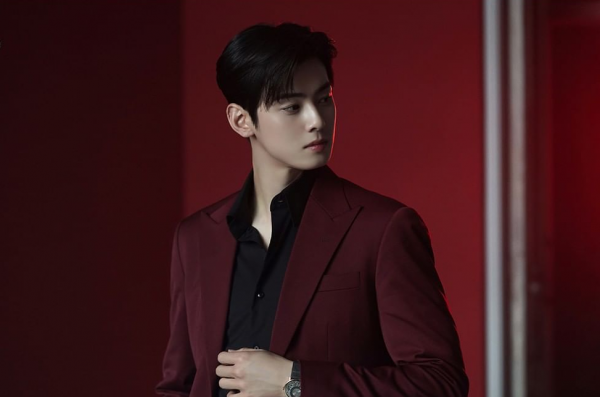 The 24-year-old actor is the new ambassador for Burberry. During his "What's in My Bag" segment in Vogue Korea, he used one of the newest bag collections of the brand.

As he was revealing his things one by one, the "True Beauty" star also shared some of the stories behind each item. From perfume, book, portable charger, airpods, pencil case (that was given by his fan), mask holder, cosmetics, eye glasses, and even the storyboard for his new film "Decibel."

A Vogue Korea staff also noticed that most of the things that he uses and always carries were given by people close to him.

In response, the young Korean heartthrob said, "There are so many people around me who give me things that I would like. I am really grateful for them and I like their gifts so much that I use them often."

YOU MIGHT ALSO LIKE: 'Decibel' Actor Cha Eun Woo Expresses Gratitude to Fans for His Successful Online Fanmeet

For the last item, the singer-actor took out a book inside his bag and revealed that it was a storyboard from the movie "Decibel." He also shared that it was his first movie to take part in after his debut as an idol.

The "My ID is Gangnam Beauty" actor mentioned that he reads the storyboard even when he is inside a car (service car) to see how the movie will be filmed. He also expressed that he always wanted to try doing movie projects.

When asked about what kind of films he likes the most, the ASTRO member answered, "I am more into brotherly affection movies, and I am personally a great fan of Leonardo DiCaprio."

Cha Eun Woo added that he used to watch Leonardo's movies in order and confessed that he wanted to take a role similar to the famous American actor.

IN CASE YOU MISSED IT: Confirmed: ASTRO Cha Eun Woo and Shin Sung Rok to Leave 'Master in the House'

Have you watched Cha Eun Woo's latest Vogue interview? What can you say about it? Don't forget to share your thoughts with us in the comments!