Shin Min Ah wows her fans with a stunning campaign for Givenchy Beauty in collaboration with W Korea.

The 37-year-old actress looked gorgeous as ever as she appeared with barely-there makeup that shows off her radiant and youthful skin.

Over Shin Min Ah's Instagram, she revealed the secret to her flawless skin and goddess-like aura alongside a striking campaign ad for Givenchy Beauty's newest collection, the TEINT Couture Cushion.

On the other hand, the comment section was filled with heart and smiley emojis that signaled the fans' support for the "Oh My Venus." star.

The new rom-com series will be her comeback on the small screen following the hit JTBC drama "Chief of Staff 2."

In the forthcoming drama, Shin Min Ah is set to play the role of Yoon Hye Jin, a local dentist that exudes both beauty and brains. She is working alongside a powerhouse cast that includes "Start-Up" actor Kim Seon Ho, Lee Sang Yi, and more.

Helmed by the "Hi Bye, Mama!" directed by Yoo Je Won and written by "The Crowned Clown" screenwriter Shin Ha Eun, "Hometown Cha-Cha-Cha" is slated to premiere on August 28 and will be the newest Saturday and Sunday K-drama.

Hallyu Star's Back to Back Project this 2021

Interestingly, fans would get to see more of Shin Min Ah this year.

Apart from the soon-to-be-released series, she is in talks to appear in several dramas.

First on the list is the medical K-drama, "I am a Nurse, a Human," where she is set to portray the role of an ICU skilled nurse named Park Hee Ae. 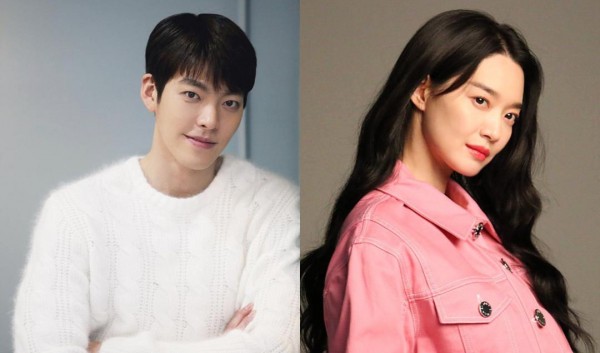 Last but definitely not least is the much-awaited and not to mention a star-studded new drama, "Our Blues."

In April, multiple outlets revealed the lineup of the cast, including the Hallyu star.

Aside from the 37-year-old actress, she will be joined by a roster of talented stars, including Lee Byung Hun, Cha Seung Won, Han Ji Min, Lee Jung Eun, and Shin Min Ah's boyfriend, Kim Woo Bin.

"Our Blues" will be the celebrity couple's first drama since the 31-year-old actor returned after his two-year hiatus after being diagnosed with nasopharyngeal cancer.

Unfortunately, Shin Min Ah and Kim Woo Bin are not expected to play on-screen partners given that "The Heirs" actor will star opposite Han Ji Min while the "My Girlfriend Is a Gumiho" star will be paired with actor Lee Byung Hun.

Amid the confirmation of the cast, "Our Blues" is set to start their filming session in the second half of the year.