The love triangle between Hyeri, Jang Ki Yong, and Bae In Hyuk is getting complicated. In My Roommate is a Gumiho Episode 11, Jang Ki Yong gets honest about his feelings to his sweetheart.

During the wrap-up party of their college department, Gye Sun Woo (Bae In Hyuk) is being teased with Lee Dam (Hyeri) because he keeps looking after her. But Lee Dam became honest to their friends and classmates that she already has a boyfriend.

Gye Sun Woo's heart sank, and he ended up getting drunk.

On her way home, Lee Dam saw Gye Sun Woo sitting outside, wasted. She was about to leave, but the red thread appeared again, which made her closer to him.

When Lee Dam went to Gye Sun Woo, he ended up hugging her and said it was free, showing how broken he was after knowing that the woman he likes is already in love with someone else.

Do Jae Jin (Kim Do Wan) ended up in a hotel with Yang Hye Sun (Kim Han Na). He can't remember anything since last night when they had the wrap-up party, but he was shocked to see himself half-naked lying on a bed.

Yang Hye Sun said they slept together last night, but it seems they had a different understanding of what sleeping together is.

Do Jae Jin couldn't stop thinking about the incident and spoke with Yang Hye Sun to settle it once and for all.

He said he would take responsibility for what he did last night. But Yang Hye Sun is more worried about having a low grade for their "dating" project. She then found out that when they start dating for real, they will have the highest scores.

This time, Yang Hye Sun and Do Jae Jin ended up dating for real for the sake of getting high grades.

YOU MIGHT ALSO LIKE: 'My Roommate is a Gumiho' Spoiler: Kim Do Wan and Kang Han Na Reveal They Have More Romantic Scenes Coming

Because of the red thread that the mountain spirit made for Lee Dam and Gye Sun Woo, they always cross paths and even ended up working in the same part-time job. And everytime he is with Lee Dam, Gye Sun Woo gets excited and comfortable, making him want to spend more time with her.

Meanwhile, Shin Woo Yeo started to feel worried about it. More than anything, he is jealous of Gye Sun Woo getting closer to his girlfriend.

One day the male gumiho met the mountain spirit (Go Kyung Pyo), and there, he saw Lee Dam's future.

Instead of Shin Woo Yeo, all his memories with Lee Dam will be replaced by Gye Sun Woo's presence, as per the mountain spirit. Lee Dam is the only person who can change her fate. 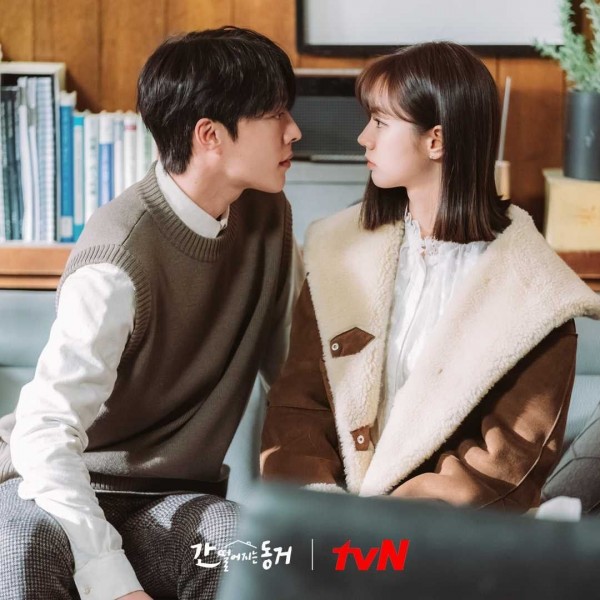 IN CASE YOU MISSED IT: 'My Roommate is a Gumiho' Episode 10: Kim Do Wan Saves Kang Han Na from Trouble

What can you say about the latest My Roommate is a Gumiho episode? Share your thoughts with us in the comments!