After an explosive pilot episode, the newest tvN weekend primetime drama "The Devil Judge" made another intriguing chapter. Read on to know what went down in the second episode.

During their first live show trial, Kim Ga On (GOT7's Jinyoung) got confused about Kang Yo Han's character.

At first, he was forgiving and turned into an authoritative judge who gave justice to the deserving. 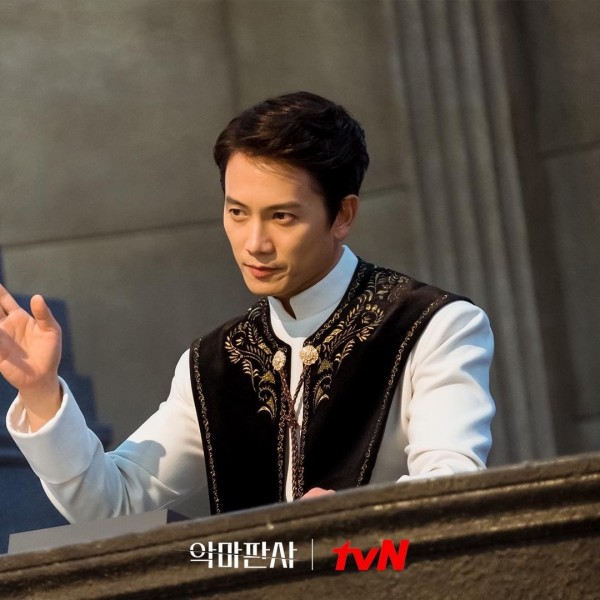 Kang Yo Han invited Kim Ga On and Oh Jin Joo (Kim Jae Kyung) for dinner, also as a welcome party to the new judge. Oh Jin Joo, who is a fan of Kang Yo Han, enjoyed everything on the table while Kim Ga On looked uncomfortable having a conversation with the star judge.

Candidly, Kang Yo Han mentioned about the family history of Kim Ga On, which made Oh Jin Joo shocked.

Due to this, the young judge lost his appetite and left his colleagues.

YOU MIGHT ALSO LIKE: Hwang In Yeop Dances to 'Okey Dokey' + 'True Beauty' Star Got Emotional During His First Global Fanmeet

Being smart and upright that he is, Kim Ga On went to Kang Yo Han's office where they talked about Jang Ki Young (Cha Gun Woo), the whistleblower at the JU Chemical plant wastewater case.

Kim Ga On was suspicious about the sudden change of opinion of Jang Ki Young. He had suspected that Kang Yo Han had manipulated the case.

Kang Yo Han then frankly told Kim Ga On that there is no justice in society - it's all just a game where a person needs to have evidence to win.

Kim Ga On called Yoon Soo Hyun (Park Gyu Young) and asked her about things that keep bothering him at work. The two were enjoying drinks inside a convenience store when a familiar sports car caused a scene outside.

Yoon Soo Hyun and Kim Ga On immediately followed the guy driving the yellow sports car, whom Kim Ga On already had an encounter with the other night.

When they were in the middle of the chase, Kang Yo Han appeared with his own sport car and cornered the car the two were following.

Kang Yo Han then took his hammer and wrecked the sports car. Yoon Soo Hyun was surprised to see what the nation's hero did.

On the other hand, Kim Ga On was not surprised anymore about Kang Yo Han's stunt.

Yoon Soo Hyun then began investigating the whistleblower, and she immediately called Kim Ga On to report the information she got.

The young judge contacted the person. Kim Ga On already had little background about Kang Yo Han's past life and started to crave more information.

IN CASE YOU MISSED IT: 'The Devil Judge' Episode 1 Recap + K-Drama Premieres at No. 1 on Weekend Drama Ratings

What can you say about GOT7 Jinyoung The Devil Judge character? Share your thoughts with us in the comments!