JTBC unveiled an intriguing poster featuring Jeon Do Yeon and Ryu Jun Yeol for the upcoming K-drama "No Longer Human."

A black and white photo of the 48-year-old award-winning actress and the "Reply 1988" drew attention as the duo faced the opposite direction.

This captivating teaser also illustrates the separation of light and darkness of life, which hints at how the two main characters have a different outlook towards existence.

"'I want to disappear, I want to live.'" Eyes of despair and hope in life at the same time.. Jeon Do Yeon X Ryu Jun Yeol Teaser Poster Revealed!" the caption reads. 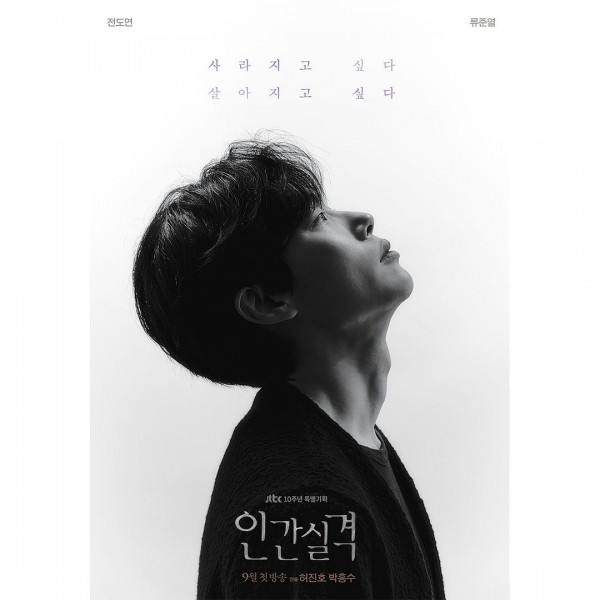 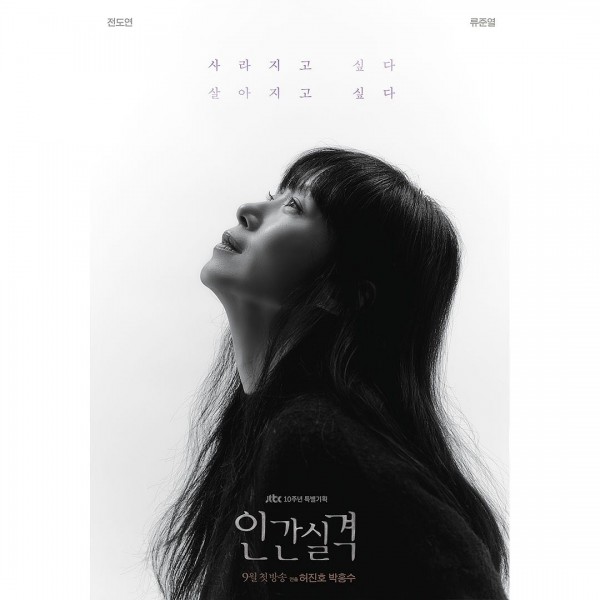 The forthcoming JTBC drama is helmed by Hur Jin Ho, who directed notable movies including "Forbidden Dream" and the 2019 movie "Gift," alongside "My Love, My Bride" screenwriter Kim Ji Hye.

"No Longer Human" is slated to premiere on August 27 with a total of 16 episodes and will be the newest Friday and Saturday drama that would make the viewers cry.

Interestingly, the soon-to-be-released series depicts the story of ordinary people who felt vague and lost in their lives.

Jeon Do Yeon takes on the role of Boo Jung, who is in her 40s. Despite her stable job as a ghostwriter, she feels that something is still missing and was unsure about her future.

For him, his goal is to overcome poverty and dreams of living a prosperous life.

On the other hand, joining the cast is A-lister actor Park Byung Eun, who is set to play Boo Jung's husband Jung Soo, while Kim Hyo Jin will act as Kyung Eun, Jung Soo's first love.

Right before the broadcast network released the official poster, JTBC unveiled an eye-catching teaser video featuring the cast members of the upcoming K-drama.

In a short trailer, the "No Longer Human" cast enters a white room while holding a script that reads, "A drama is a place where you can walk someone else's path for a brief moment before going back."

"No Longer Human" will be Jeon Do Yeon and Ryu Jun Yeol's comeback to the small screen.

To recall, the veteran actress' last K-drama was the hit series "The Good Wife" with Yoo Ji Tae and Yoon Kye Sang.

IN CASE YOU MISSED IT: Apink Naeun to Make a Small Screen Comeback with 'Disqualified as a Human'