As the beloved medical K-drama "Hospital Playlist 2" returns for a brand new season, viewers are shipping Jo Jung Suk and Jeon Mi Do's characters to be each other's end game.

To recall, Lee Ik Jun, played by the 40-year-old actor, confessed his feelings for his best friend, Chae Song Hwa, portrayed by the lovely Jeon Mi Do in the season 1 finale.

However, Hospital Playlist 2 episode 1 suggests that the neurosurgeon really values her friendship with Ik Jun; hence, she advised him not to pursue his feelings for her.

Following the heartbreaking statement of Song Hwa, the two remain just as close as before, but fans are looking forward to a possible development in their relationship. After all, she would be a perfect stepmom to Lee Ik Jun's adorable son, Lee Woo Ju (Kim Jun).

But before IkSong shippers would pray to the gods that the duo would end up as a couple, here are four heartfelt moments where Jo Jung Suk and Jeon Mi Do's Hospital Playlist 2 characters showcase #BestFriendGoals. 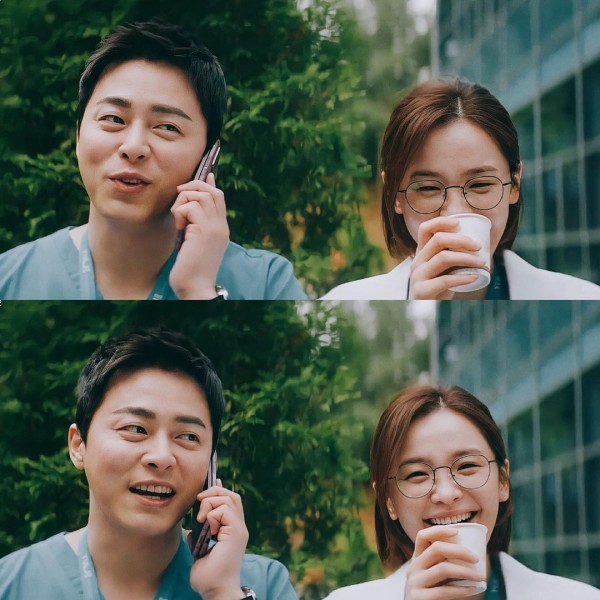 In the medical K-drama, Lee Ik Jun would often pop up to Chae Song Hwa's office and invite her to have some coffee.

The same goes for the neurosurgeon and would sometimes barge into Ik Jun's office. Despite being busy, he would often accommodate Song Hwa to have a little conversation, of course, while sipping a freshly brewed drink.

Would Laugh at Each Other's Jokes

Lee Ik Jun is arguably one of the funniest characters in "Hospital Playlist 2," and with that, Chae Song Hwa would often be caught participating in his jokes, just like in episode 4 where Ahn Jung Won (Yoo Yeon Seok) mentioned his lifelong dream - and that is to build a children's hospital.

In the scene, Ik Jun poked fun at Ahn Jung Won and wrote "wow" on his hands while making his funny expression.

The Way She Cares for Lee Woo Ju 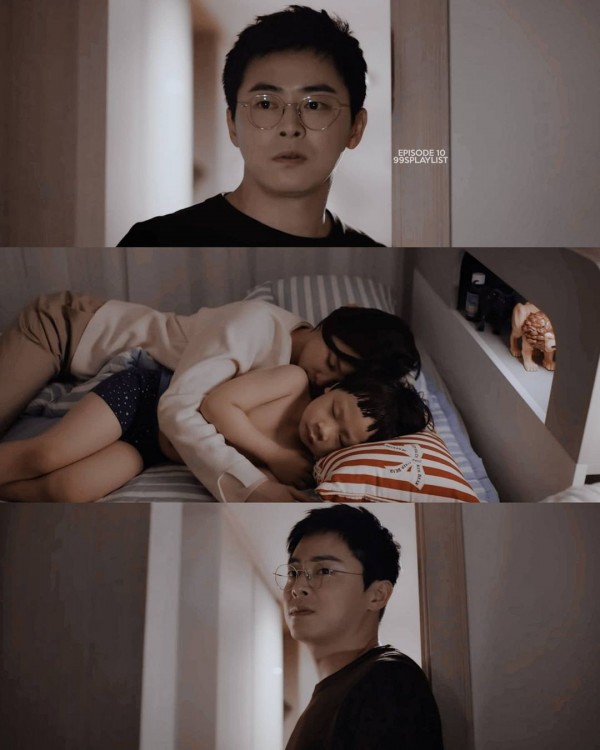 In one of the episodes on "Hospital Playlist 2," Lee Ik Jun is worried about his son, Woo Ju, who is down with a high fever.

He usually leaves him with his aunt; unfortunately, she could not be with Lee Woo Ju due to unforeseeable circumstances.

Thankfully, Chae Song Hwa chose to stay for the night so Ik Jung could do his emergency operation.

Upon arriving home, she found her sleeping beside his son. This scene surely made the viewer's heart melt.

Chae Song Hwa Being Herself in Front of Lee Ik Jun

Usually, Chae Song Hwa would act polish and put together around her colleagues but not with Lee Ik Jun.

In one scene in "Hospital Playlist 2," episode 4, Song Hwa mentioned how their interns Jang Hong Do and Jang Yoon Bok reminded her of their old days.

She then teased Ik Jun by singing one of their favorite throwback songs and ended up finishing the whole track.

IN CASE YOU MISSED IT: Check Out These 4 Interesting Relationships Seen on 'Hospital Playlist 2'