Who would have thought that Hallyu star Jun Ji Hyun is almost 40 years old this coming October?

There's no denying that this A-lister is among the beautiful faces in K-drama land; however, "The Legend of the Blue Sea" star reportedly has stringent rules when it comes to maintaining her body.

During her appearance in W Korea's August 2020 issue, the South Korean beauty shared her secrets to sustaining her figure since her debut.

According to a media outlet, the "My Love from the Star" actress loves to start her day early in the morning, waking up between 6 and 7 am just to exercise.

Before Jun Ji Hyun's workout routine, she starts by doing breather exercise and considered this as her first step in her everyday drills.

"Just as how we take breathing for granted, I take exercising like breathing," she explained; this is followed by long cardio before starting her pilates class thrice a week.

As for her secret to staying fit, she puts emphasis on the importance of consistency, whether it's workout or diet.

With this, the actress makes sure that she sticks to her schedules and workout time. 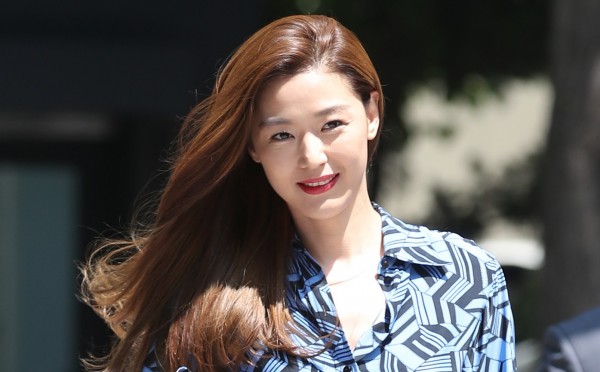 Although her exercise might not be on the intense side, some close friends described her as a "workout freak."

In one instance, her "Legend of the Blue Sea" co-star Lee Min Ho once confirmed that the A-lister would choose to work out on her downtime.

The same goes for actress Kim Ha Sook, who was surprised by Jun Ji Hyun's dedication to fitness.

In one article, the veteran actress witnessed how the Hallyu star would finish her four-lap swimming exercises without exhaustion in her face.

Unfortunately, maintaining a slim physique is not always about undergoing intense workouts but also ensures to eat healthy and balanced meals.

According to Women's Weekly, the "Kingdom: Season 2" actress does not believe in skipping meals or restricting herself to food but would rather pay attention to what she puts on her plate.

Multiple outlets cited that the "Blood: The Last Vampire" star has a few quick tricks she incorporates in her diet plan.

Since the actress is passionate about maintaining not just a slim but healthy body, she also focuses on her calorie intake.

The 39-year-old A-lister reportedly has a unique recipe that includes a so-called "chicken milkshake," which is her secret meal.

Interestingly, the recipe only needs simple ingredients such as chicken breasts and mixing them with milk, fruits, almonds, and vegetables, then blending it.

Another trick is that she uses her left hand when eating. Although she's right-handed, eating on the opposite side would slow down her speed while savoring the meal.