To recall, Park Chul Jin (Song Jin Woo) made a huge decision by confessing to the crime that he did in order to save his supervisor, Yoo Dong Man (Cha Tae Hyun) from getting illegally jailed.

For many, it was a sign of relief. But to Park Chul Jin and Yoo Dong Man, it was a move that filled the both of them with worry.

After Park Chul Jin confessed, Yoo Dong Man was released and was sent back to work at the university.

Around the campus were reporters that alarmed the school's higher ups. The professors welcomed the detective back, even if the others were adamant about him.

Shrugging off the malicious gazes, he rewrote the test questions and held the final exam for the semester.

Although he may not show it, he has more things going on in his head. Despite his cold aura, his heart aches for his subordinate who is now under the police's custody and investigation.

In Police University Episode 9, after Kang Seon Ho (Jinyoung) discloses everything about the investigation to Oh Kang Hee (Krystal), she has a sudden epiphany. 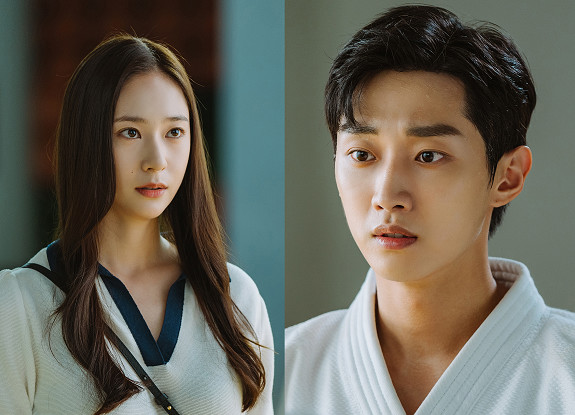 Seon Ho confessed that one of the reasons he wants to become a police officer was because he looks up to the detective who taught him to never give up no matter what.

Interestingly, this also inspired Kang Hee to do the same in which she rushed to the police station where her mother was detained.

Kang Hee then tried to wring information out from her poor mother, who deems she was innocent. As a daughter, she has a soft spot for Oh Jeong Ja (Kim Young Sun).

In the previous episode, she told Seon Ho that she knew her mother was telling the truth - her mother's eyes told her the truth. 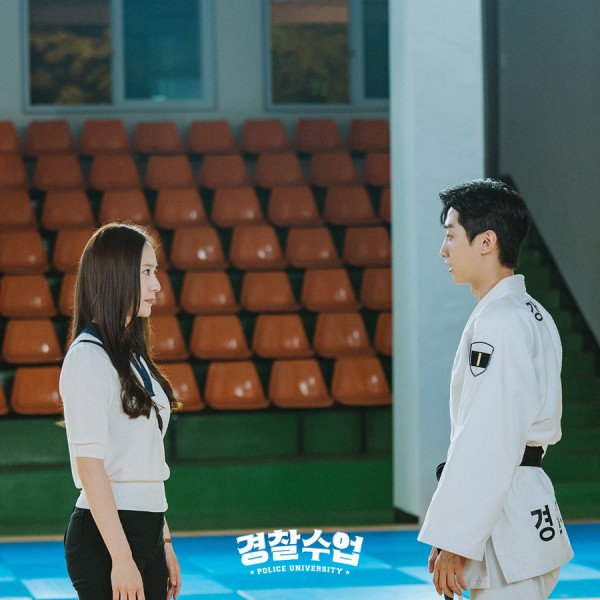 Kang Hee was more than determined to prove her mother's innocence. Without a doubt, she decided to join the investigation that's being performed by his fellow freshman student and professor, Seon Ho and Dong Man.

In the Judo room, Seon Ho was stunned while practicing his Judo skills when Kang Hee stormed inside, expressing her desire to join the investigation. When asked why, she shared that she doesn't want to be scared anymore and she doesn't want to run from the truth anymore.

With this, a heart-fluttering moment happened between the two aspiring police officers.

Kang Hee, who has been confused about her feelings for months, finally confessed her true feelings towards the young man. 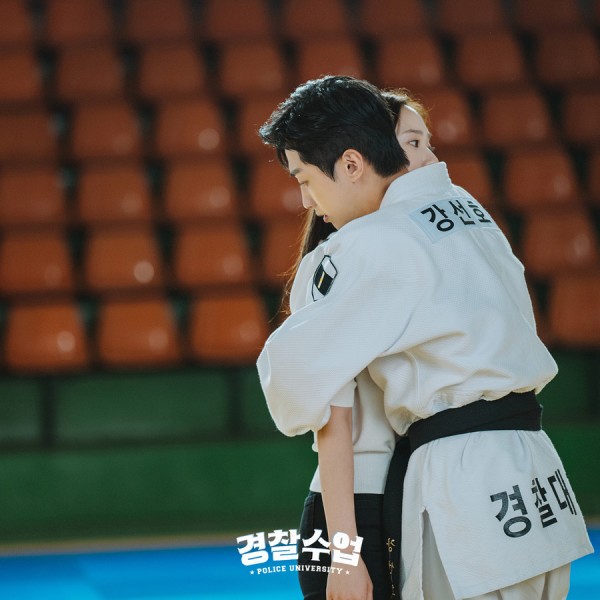 She told the silly yet kindhearted hacker that she likes her back, and she doesn't want to keep it anymore. The two shared a sweet embrace, signifying the start of their new and lovely romance as a couple.

The police university was shaken by the sudden resignation from work of the detective. After a silent moment of self-assessment, professor Dong Man made his decision.

He didn't want Seon Ho to get hurt like his former subordinate and ex-lover Eun Ju, and his trusted younger brother and partner Chul Jin.

His colleagues, Kwon Hyuk Pil (Lee Jong Hyuk) and Choi Hee Soo (Hong Soo Hyun), who became his friends during his stay in the university as a professor were also saddened by the sudden news.

Knowing that Dong Man is dear to Seon Ho, his squad No Beom Tae (Lee Dal), Jo Joon Wook (Yoo Youngjae), and Oh Kang Hee rushed to his room to break the news.

Seon Ho, who was frozen as he found out that the burner phones used by the culprit was turned on, was dazed.

Accompanied by his friends, he sped up to the professor's office only to be welcomed by the empty, cold atmosphere of the room. Betrayal, hurt, and confusion were written all over his face.

Meanwhile, Dong Man started a mission by himself, hoping no one close to his heart would get hurt.

After a series of investigations, he found out that the culprit was just right under his nose.

Go Deok Bae (Shin Seung Hwan), the owner of the Gossi Beer pub near the university, was the culprit and also the one who put the tapping device in Dong Man's office.