Police University episode 8 left the viewers at the end of their seats with their mouths agape. Shocking truths and heart-stopping revelations were revealed.

Not only did the episode highlight the characters' loyalty, it also gave emphasis to the teamwork between the freshman students of the university.

The eightth episode of the highly anticipated drama also recovers from the slight dip in viewership ratings from its previous episode.

Yoo Dong Man then invites the two to talk to them over a bottle of booze, but the sudden surge of questions enrages Park Chul Jin.

With disappointment and pain written all over Yoo Dong Man's face, he asks Park Chul Jin why the man broke into Kang Seon Ho's room and tried to open his laptop. 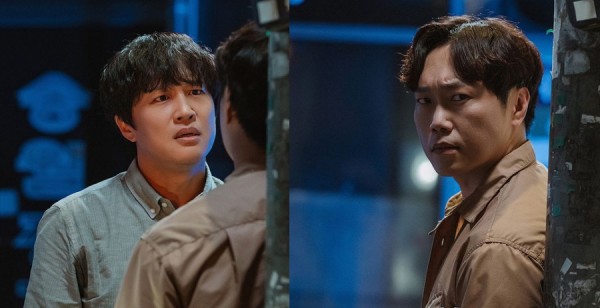 Although he tried to deny it, Dong Man is certain that Chul Jin had a motive to do such things. Because of this, he starts to question whether Chul Jin really lost his memories or is he just pretending.

The six years of friendship between Yoo Dong Man and Park Chul Jin suddenly became tainted with malice and disappointment.

The complicated competition between Kang Seon Ho and Park Min Gyu, played by Chu Young Woo, for Oh Kang Hee's, played by f(x) Krystal, love is getting hotter than ever. The longer they stay in the university, the more their feelings for each other grow deeper.

During the annual sportsfest, Min Gyu confessed his love for Kang Hee, to which the young woman shrugged off as she wasn't feeling quite well.

Min Gyu continued to seek the right time to talk about it with Kang Hee, but the latter always seemed preoccupied with Kang Seon Ho. Because of this, Min Gyu decided to ask Kang Hee about their potential romantic relationship when Kang Seon Ho wasn't in the room with them.

However, his heart becomes crushed when Kang Hee reveals her true feelings for the former. Though Park Min Gyu is a good man and a really nice friend, Kang Hee's heart beats only for one man.

Even if Kang Hee didn't disclose who, it was pretty much obvious that the young woman pertains to her close friend, Seon Ho.

Exam season is fast approaching in the police university, and students are doing everything to do well in their exams. But as they were all busy themselves, a shocking bomb was dropped that had the whole police university talking. 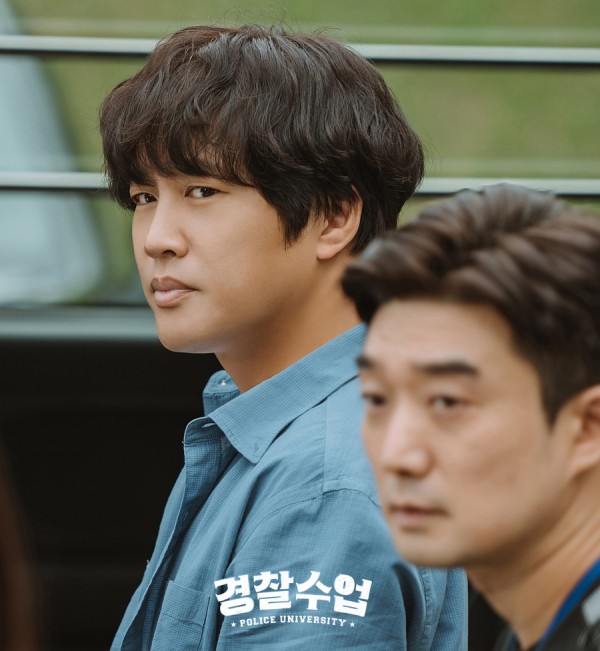 Just before the examination day, Yoo Dong Man's investigative studies exam questions were leaked, giving the students enough time to devise a plan to ace the exam without sweat. Because of this, Yoo Dong Man was investigated by the police.

During the investigation, things got worse for him. The investigators found an envelope filled with so much cash which also caught Yoo Dong Man off-guard.

Now that they have evidence, the police arrested the poor professor. 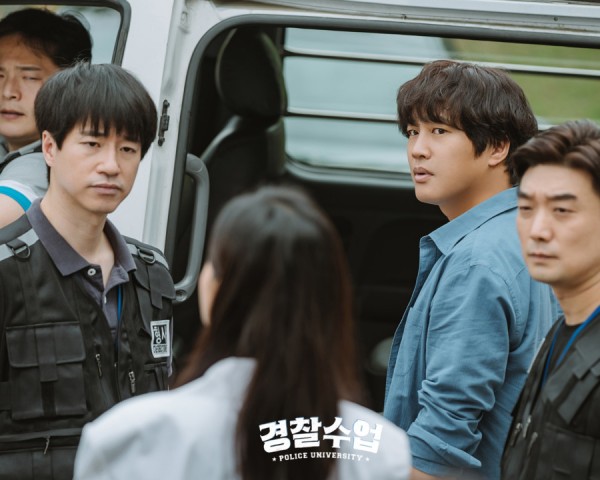 His friends and colleagues Choi Hee Soo and Kwon Hyuk Pil, played by actors Hong Soo Hyun and Lee Jong Hyuk, were worried for Yoo Dong Man's welfare, even looking for ways to help him. 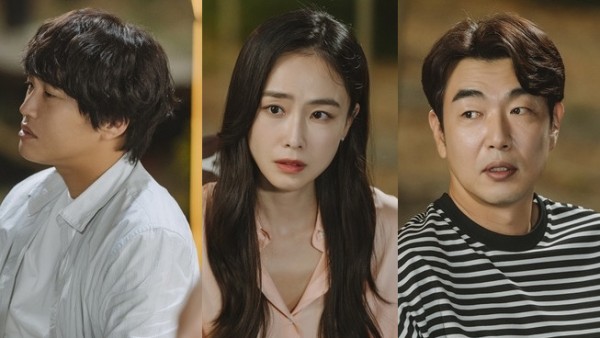 Since the detective isn't likely the type to accept bribes and leak such information, everyone believed that it was done to set up Yoo Dong Man.

Yoo Dong Man was then brought to the police station for questioning.

With the news of professor Yoo Dong Man's arrest, Kang Seon Ho, together with Oh Kang Hee, Jo Joon Wook, and No Beom Tae, planned a thorough operation to save their beloved professor.

While Jo Joon Wook and No Beom Tae ask their fellow students for leads, Seon Ho and Kang Hee worked their way to get a copy of the CCTV footage in the hallway.

Unfortunately, because there is an ongoing crime investigation, no one is allowed to tamper with core evidence. Even the school administrators are not allowed to look at the said CCTV footage. 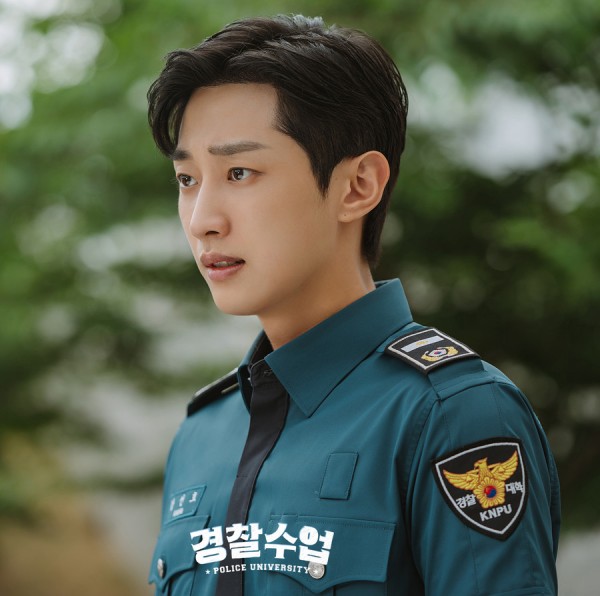 But with Seon Ho's determination, he reached out to forensic science professor Seo Sang Hak, played by Kang Shin Il, and asked for a huge favor.

He then finally had his hands on the footage in question, carefully adjusting the lighting and brightness to look for solid evidence.

To the squad's shock, the face of the culprit was evidently seen in the reflection in the glass windows.

Seemingly, Yoo Dong Man has an epiphany during his stay inside the prison cell. He thought of his loved ones and the people he wanted to protect. He also thought of the person whom he promised to protect at all costs, his friend Park Chul Jin.

Because of this, he decided to admit to leaking the exam questions while accepting bribes so the investigation regarding the current case would be put to a halt.

During the investigation, Park Chul Jin shows up, which shocked everyone present in the police station.

Even Kang Seon Ho, Oh Kang Hee, Jo Joon Wook, and No Beom Tae, who decided to go to the police station to relay their gathered information, were stunned.

Park Chul Jin then speaks up, sending the viewers to the edge of their seats. He confessed to leaking the examination, as well as his involvement to the culprit whom they were supposed to catch.

His heart-stopping confession made Yoo Dong Man and the freshman students' breaths hitch and shook their worlds.

Yoo Dong Man and Kang Seon Ho's suspicions were right after all, and the trust he had for his partner, Chul Jin, now crumbled down. 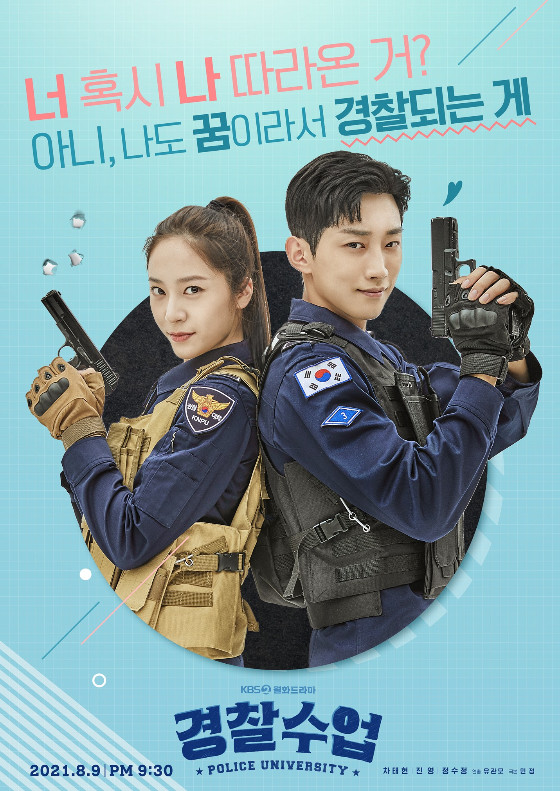 The highly loved romance drama series Police University recovered from the slight dip in viewership ratings from its previous episode.

Police University episode 8 recorded a 7.1% of ratings, a .4% higher than its previous ratings.

Police University started off blissfully and the production team hopes the drama series will continue to rise with its exciting succeeding episodes.

IN CASE YOU MISSED IT: 'Police University' Episode 7: Cha Tae Hyun Decides To Work On The Investigation Alone, Jinyoung Sets The Record Straight With Krystal