With this, the SBS series remains the leading drama among all channels during its time slot. 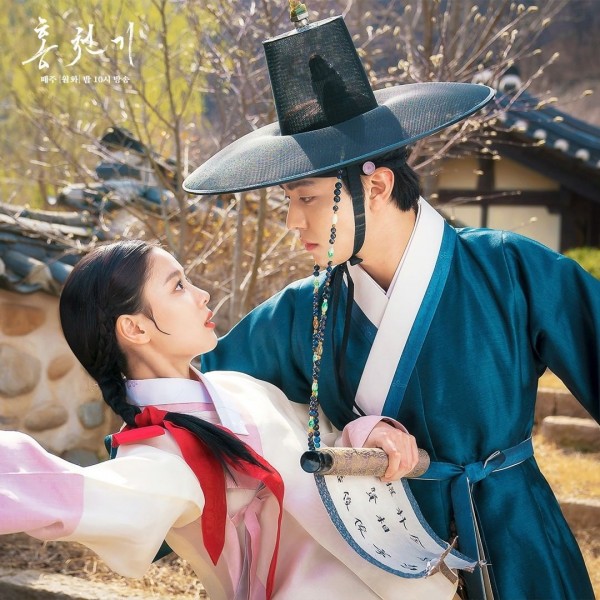 Episode 4 proves its reign as the frontrunner in the Monday and Tuesday series after Lovers of the Red Sky viewership rating remains unbeatable with its increasing figures.

According to Nielsen Korea, the latest episode garnered an average nationwide rating of 9.6 percent, achieving its new personal best.

Lovers of the Red Sky Episode 4 also scored the highest ratings among all Tuesday series.

IN CASE YOU MISSED: 'Lovers of the Red Sky' Episode 3: Kim Yoo Jung Introduces Herself to Ahn Hyo Seop + Remains the Leading Monday and Tuesday Series 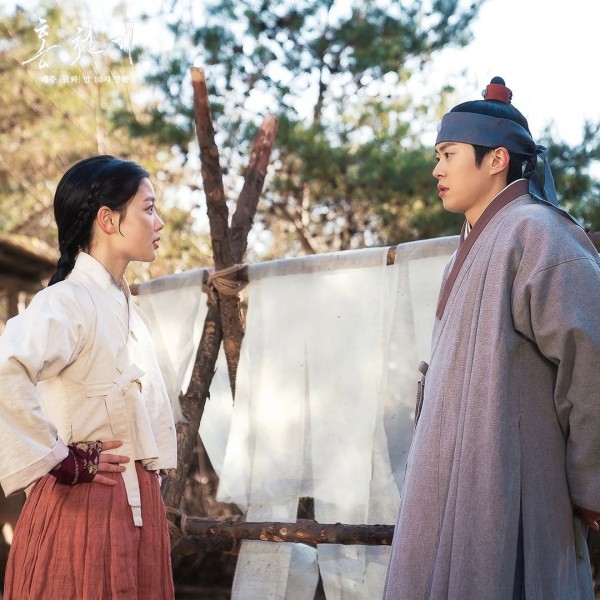 As the royal prince investigates the disappearance of supervisor Ha, he decides to inspect the paint house, which served as Ha Ram's (Ahn Hyo Seop) temporary shelter.

Here, he meets Cheon Gi, who was overprotective towards her newfound friend, ensuring that no one will find him.

As soon as the Grand Prince steps his foot at the paint house, he introduces himself and states his reason for inspecting the area. 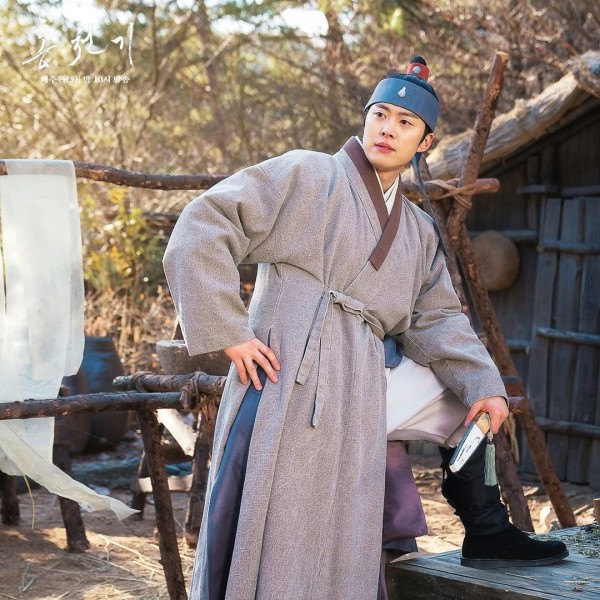 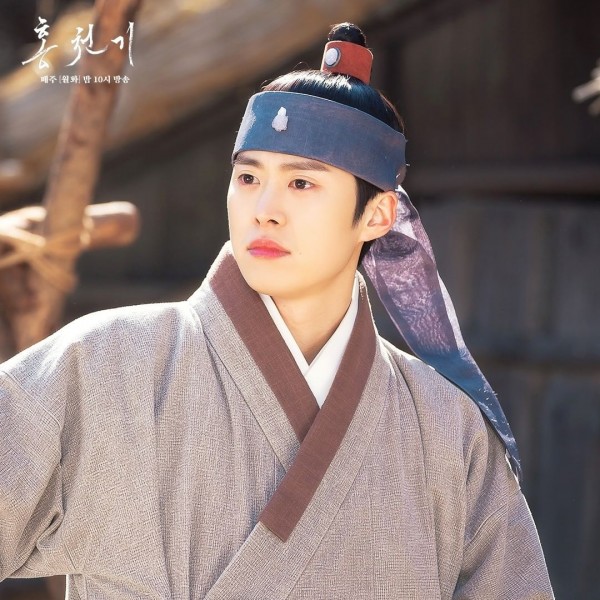 Unfortunately, Cheon Gi did not believe the royal and even mocked him for pretending to be the grand prince; however, she was embarrassed after Ha Ram came out and confirmed that he was indeed the royal. 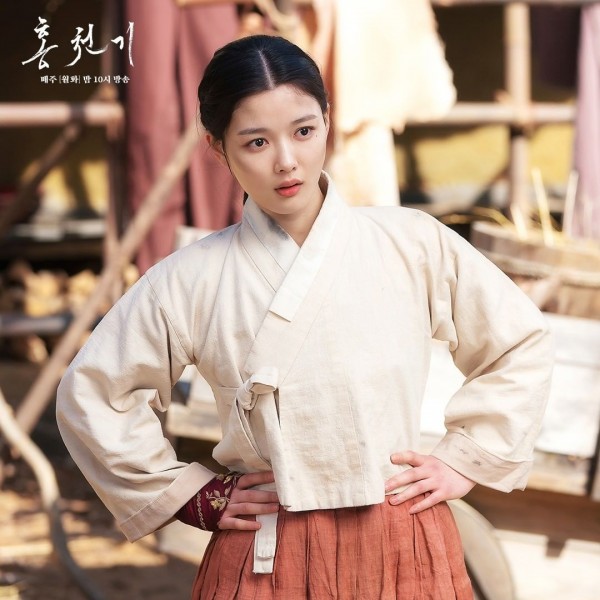 Feeling completely ashamed of herself, the female painter hid and watched as the prince's men and Ha Ram left the area.

As strange as it was, the whole scenario was witnessed by Grand Prince Joo Hyang (Kwak Shi Yang) and royal Shaman Mi Soo (Chae Gook Hee), who suspects that Ha Ram was the gifted child at the rain ritual.

In addition, Mi Soo believes that the water demon, MaWang, was inside Ha Ram's body.

With this, the Grand Prince ordered his men to investigate Ha Ram's identity.

Upon hearing the Palace's announcement regarding the competition, which involved a hefty amount of money, Cheon Gi wanted to sign up in order to provide his father's medicines.

Unfortunately, Baekgyu Institute headmaster Choi Won Ho (Kim Kwang Gyu) won't allow her to join, but Cheon Gi made her move and added her name to the list.

The Baekgyu Institute steward does not want his name to be dragged into the scene, so he told her to deliver the list to the Palace by herself.

Fortunately, he saw Ha Ram standing alone at the pagoda. The duo once again had their fateful reunion, hinting that Cheon Gi might be falling in love with Ha Ram and vice versa. 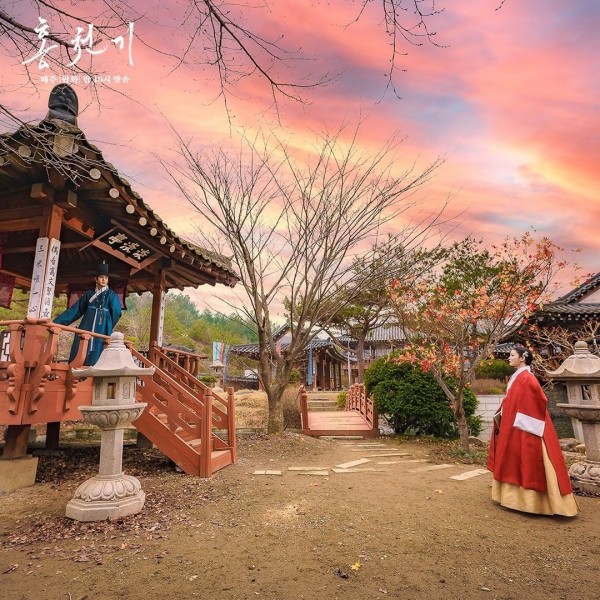 Lovers of the Red Sky Episode 4 displayed how Hong Cheon Gi and Ha Ram were captivated by each other's presence.

During their conversation, the Grand Prince surprisingly appears and recognizes the girl from the paint house.

Although she wanted to escape Prince Yang Myung, he managed to get hold of her and asked her purpose for dropping by at the Palace. 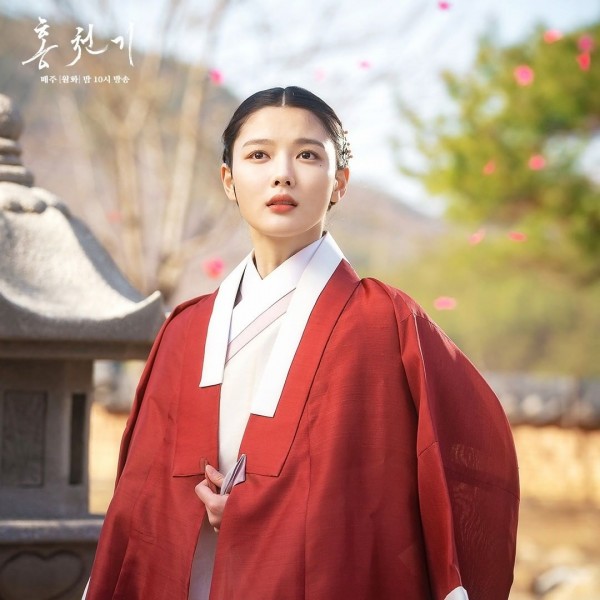