Lovers of the Red Sky episode 6 featured a look back at Ahn Hyo Seop and Kim Yoo Jung's unforgettable moment and being reunited years later.

Two weeks after the historical fantasy drama premiered, the SBS Monday and Tuesday drama continued its dominance with soaring ratings.

According to Nielsen Korea, "Lovers of the Red Sky" episode 6 garnered an average nationwide rating of 10.2 percent, setting a new all-time high in viewership rating.

Interestingly, the series managed to set its personal best for three episodes in a row, signaling a growing recognition from viewers.

On top of it, Ahn Hyo Seop and Kim Yoo Jung's drama remained the leading program on all channels on its time slot.

As the Maejukheon art competition continued, the participants were given a task to illustrate a specific scenario.

Ha Ram gave a particular subject for the second round, which includes his memories with the blind girl from the peach field.

During the presentation, the judges, including Grand Prince Yang Myung, were puzzled by her representation.

She explained that the black boulders were an illustration of wet Inwang mountains, which she first saw when she regained her sight.

With this, the crowd was stunned and moved by her interpretation, prompting her to advance to the third round. 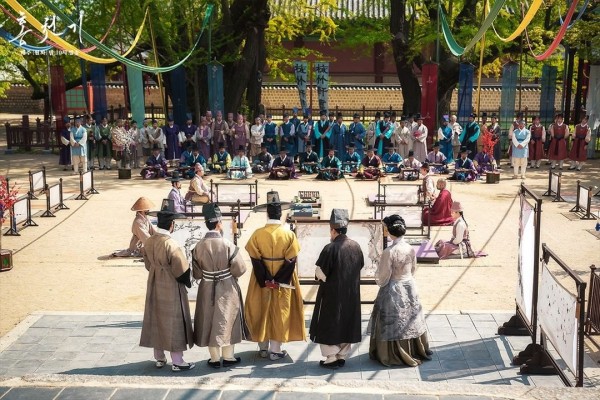 As the palace advised the competitors to rest to get ready for the third round, the grand prince spoke Cheon Gi separately.

Here, he got honest with her and told her about the copycat painter at the Sochoondo.

Prince Yang Myung expressed his disappointment, but Cheon Gi explained that she only did it for a living. 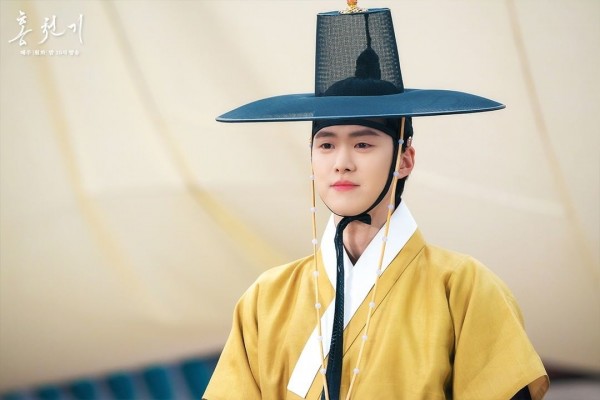 In a separate conversation, the royal learned about Chein Gi's father through the Master of landscape painting, Han Geon.

He tells the grand prince that she is the one that they were looking for, given that Chen Gi is a descendant who drew the King's royal portrait.

"She is the divine painter that the majesty seeks," Han Geon told the young royal. 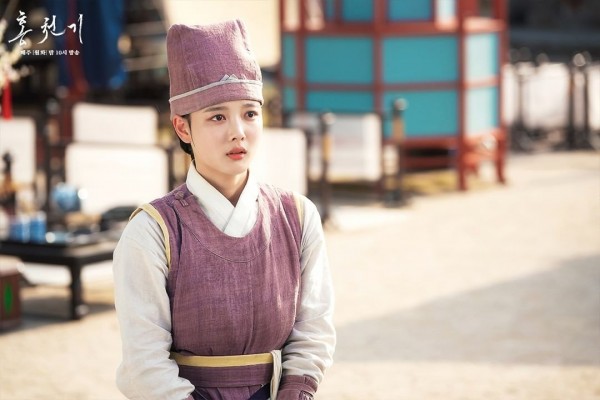 Ha Ram and Hong Cheon Gi's Kiss Under the Moonlight

The historical fantasy drama never fails to give the audience a series of stellar visuals that add to the drama's breathtaking beauty.

In "Lovers of the Red Sky," episode 6 showcases a surprising yet heart-fluttering moment between Hong Cheon Gi and Ha Ram.

As the blind astrologer visited his horse, Soma, at the stable, he found Cheon Gi crying and lamenting about her situation.

During their conversation, Ha Ram brutally told her how disappointed he was for Cheon Gi for wavering at someone else's words and pitying herself over the things she had no control over.

To help Cheon Gi feel good, he invited her to ride with Soma and went to a magnificent field overlooking the lake. 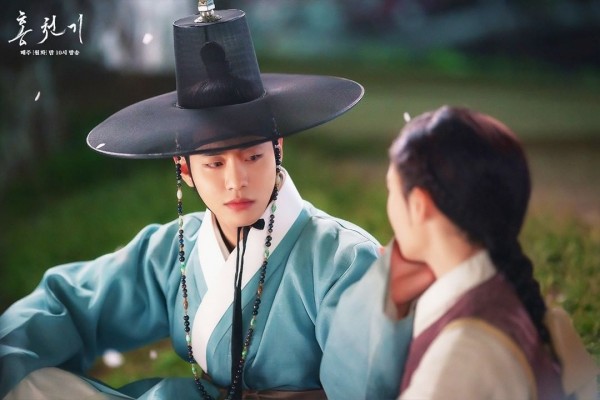 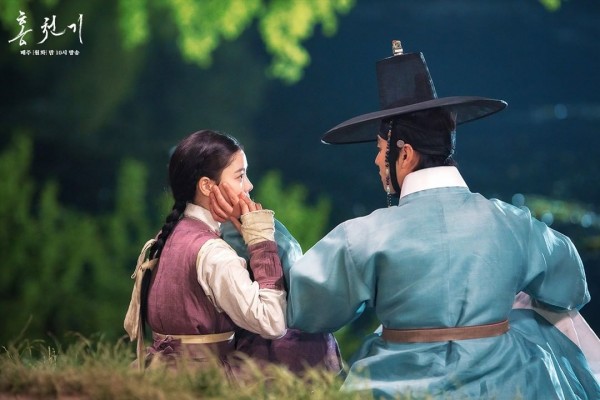 Unfortunately, things didn't go well as the water demon, Ma Wang, sealed inside his body, interfered, causing him to struggle with pain.

Ha Ram's sudden reaction sent mixed signals to Cheon Gi that made her question his feelings.

IN CASE YOU MISSED: Ahn Hyo Seop Workout 2021: 'Lovers of the Red Sky' Star has Strange Habit Before Doing his Exercise Routine