Lovers of the Red Sky episode 5 achieves another milestone as the fantasy drama slowly uncovers the past of Kim Yoo Jung and Ahn Hyo Seop.

Apart from the duo, the latest episode also featured how Gong Myung discovered the mysterious copycat painter from Sochoondo.

Episode 5 is indeed full of surprises hence the overwhelming response of the audience.

According to Nielsen Korea, Lovers of the Red Sky viewership rating for the September 13 episode garnered an average nationwide rating of 9.7 percent and 9.5 in the metropolitan area, setting its new personal best.

This is a slight increase from episode 4, with an average nationwide rating of 9.6 percent.

The Monday episode starts with Hong Cheon Gi (Kim Yoo Jung) was caught up in an altercation after her run-in with the Sochoondo men.

Fortunately, Ha Ram (Ahn Hyo Seop), who is also one of the judges, came and saved him from those men, showing off his fighting skills. 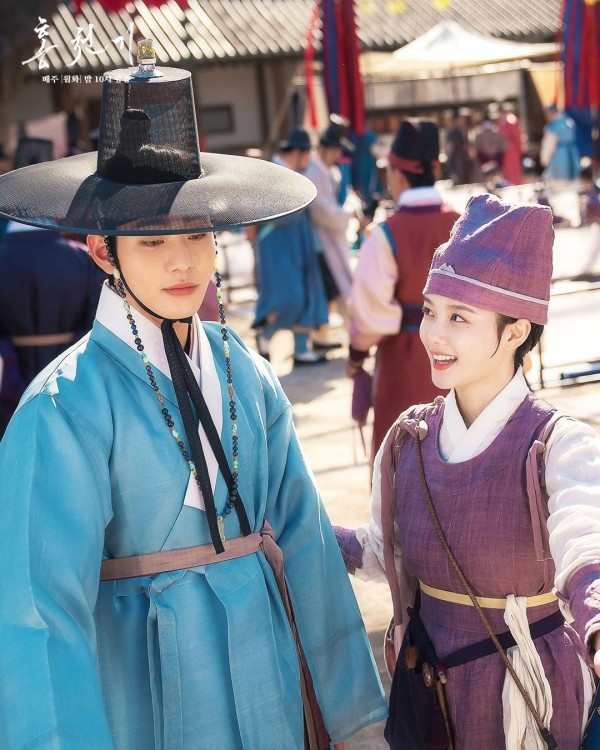 At the same time, he also helped her enter the competition despite not being on the final list of participants.

The palace ground transformed into a colorful fair as several talented painters from different parts of the country gathered to join the contest. 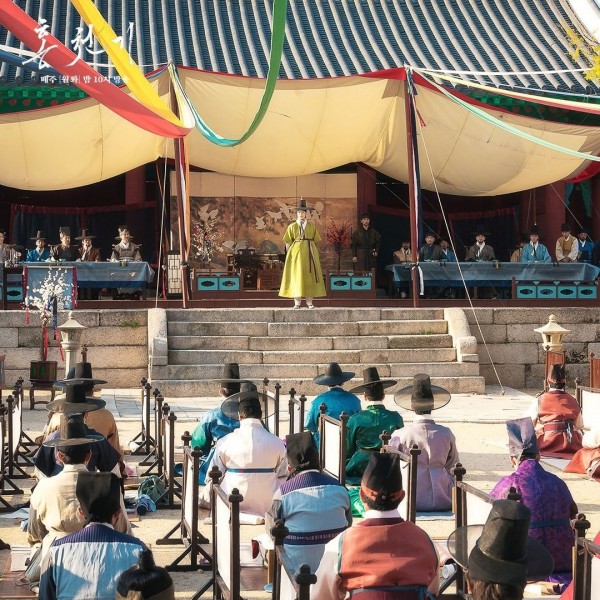 From well-known painters of the dynasty to amateurs like Cheon Gi and her friends, each of them is tasked to illustrate subjects given by the judges with a limited time.

For the first round, the grand prince asked the participants to highlight the message that signifies plum blossom, moonlight, and butterflies.

Lovers of the Red Sky episode 5 showcased Cheon Gi's impressive skill by featuring dynamic plum branches extending to the sky with the full moon peeking through.

Of course, she included her butterfly trademark, signaling that it is her artwork.

At the art competition, the judges scrutinized the message of every painting. Unfortunately, just when the majority of the panel admired Cheon Gi's work, the grand prince noticed the butterfly trademark by the copycat painter.

Prince Yang Myung criticized her piece for giving Cheon Gi a failing mark. In Lovers of the Red Sky episode 5, the royal realized that she was the copycat at Sochoondo. 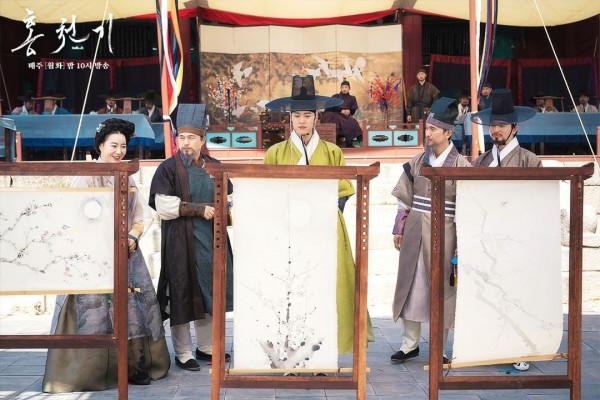 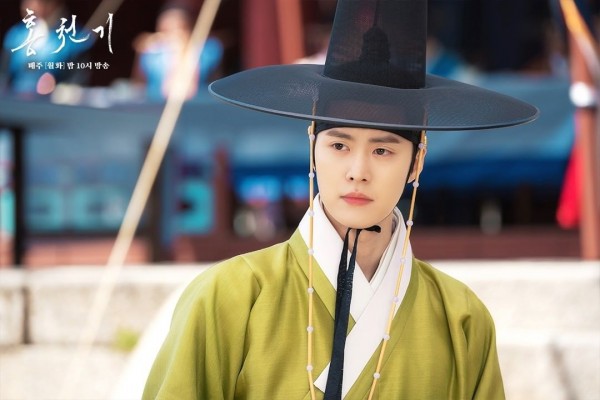 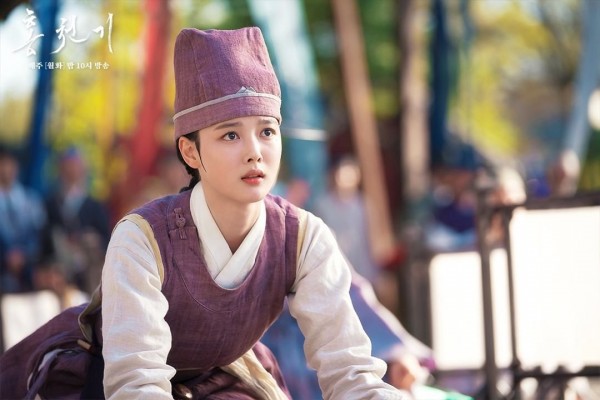 However, Cheon Gi bravely defended her work as she stood up and boldly questioned the grand prince regarding her mistake.

In the middle of their heated conversation, a pair of butterflies flew and landed on Cheon Gi's work, which stunned not just her fellow participants but the judges.

This prompted him to use all his pass tiles for Cheon Gi to advance to the next round. 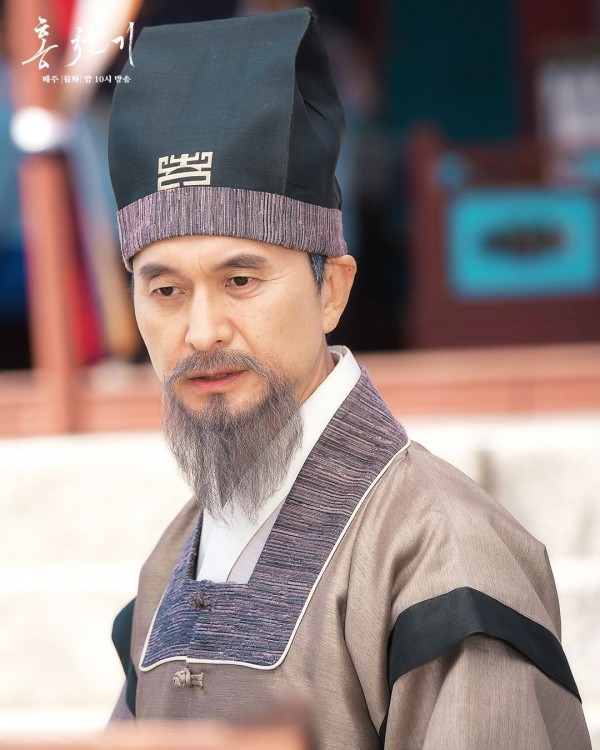 For the second round, it was Ha Ram who chose the subject. The blind astrologer mentioned the scene where he first met Cheon Gi - it was at the peach blossom garden. 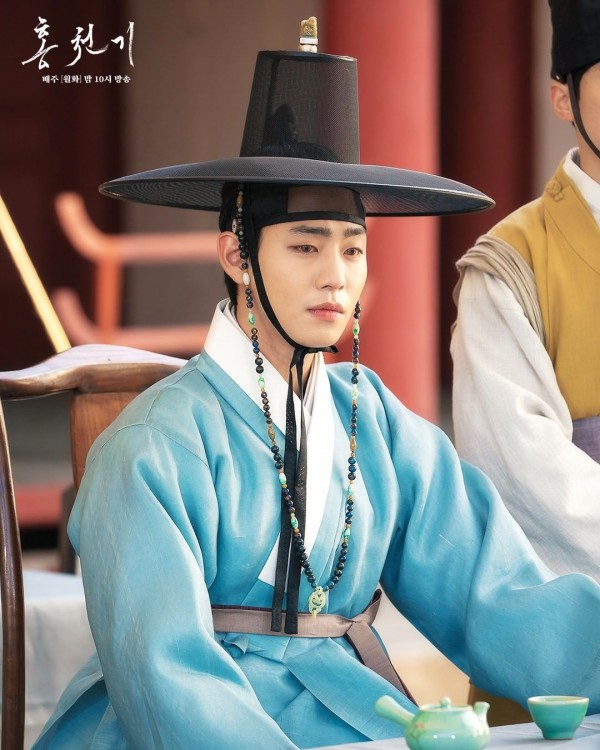 Lovers of the Red Sky episode 5 showed that Cheon Gi finally knew Ha Ram and recalled the boy she met 19 years ago at the field.

As the grand prince announced the start of the next round, the female painter remembered the scenario and translated it into her painting.

The upcoming episode would raise the curiosity as to how she will confront Ha Ram about her discovery.