The jealousy Doo Sik is feeling gets more and more intense as the two schoolmates spend more time with each other. 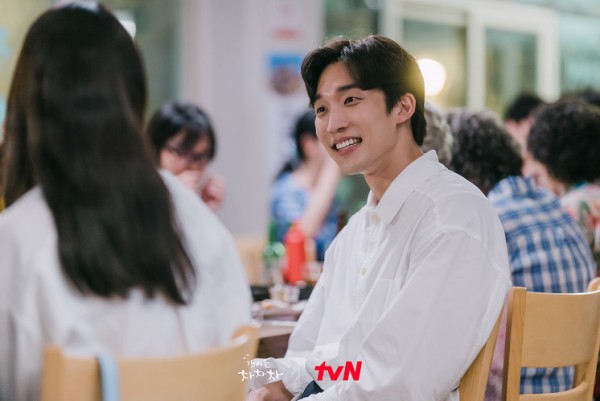 Not because he is not used to seeing new people, but because there is an unfamiliar and heart-wrenching feeling that bubbles inside him.

But because Doo Sik still doesn't know what it was, he mistakes it to be envy over Ji Seong Hyun's closeness to the dentist, especially when he asked Doo Sik if Hye Jin is seeing another man. 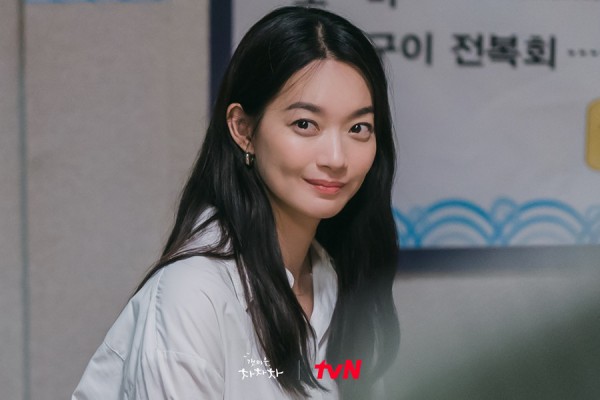 As the producing director spends more time in the seaside village, he begins to gain the residents' trust, from lending a hand to Yun Kyung (Kim Joo Yeon) to giving Kim Gam Ri (Kim Young Ok) and the other elders a delicious treat. 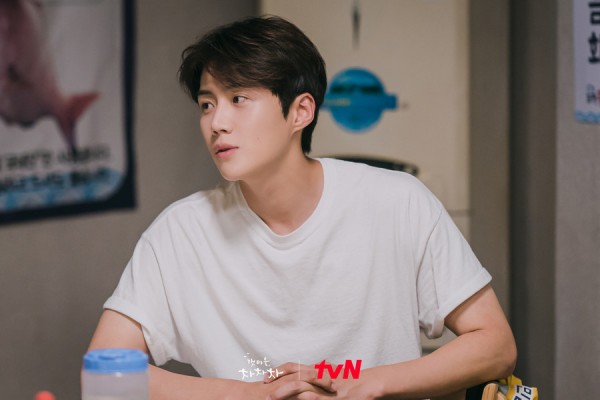 In Hometown Cha-Cha-Cha Episode 8, Doo Sik felt useless for a moment, but he eventually came around, not allowing anything ruin his brewing friendship with the producing director.

Ever since Hye Jin moved to Gongjin to give its residents proper dental health care, her business didn't tank, and even gained loyal customers.

Unfortunately, one day, Hye Jin's patients started to withdraw from her clinic one by one, which confused and agitated her.

Later on, she found out that the Korean-Chinese Restaurant owner Jo Nam Sook (Cha Chung Hwa) has been introducing her patients to a dental technician, who offers unreliable dental advice for a very cheap price.

This enraged Hye Jin who was deeply insulted and hurt by the woman, who talked ill about her job and questioned her skills as a dentist.

A Glimpse to Gongjin Residents' Lives Behind Their Sweet Smiles

In the latest episode, Jang Young Guk (In Gyo Jin) and Yeo Hwa Jeong (Lee Bong Ryun) had a heart-to-heart talk that contained their past together with the elementary teacher Yoo Cho Hui (Hong Ji Hee).

Young Guk expressed his desire to pursue the beautiful young teacher, considering that he has been divorced for years already.

Despite her strong facade and emotionless face, it was clear as crystal that she was hurt after hearing her ex-husband's plan to win the other woman's heart.

On the same day, the elementary teacher visited her in the raw fish restaurant. The talk didn't end well with both of their hearts sinking to the pits of their stomachs.

they showed the glimpse of her story. she has a daughter who's in the hospital and tbh her story is very heartwarming. i love how they show each character's backstory 🥺#HometownChaChaCha #HometownChaChaChaEp8 pic.twitter.com/UIsrZNUZvx

Meanwhile, Nam Sook's life was shown in a flash. In the eighth episode, it was revealed that Nam Sook lost her only daughter to an incurable illness.

Her playful personality and wide smiles are the only things that help her cope. Because of this, Hye Jin sympathized with the restaurant owner, completely forgetting the argument the two of them had a few days ago.

One day, the peaceful and lovely seaside Gongjin village is surrounded by dark clouds and bad news.

The previous night was a blur but not to Hwa Jeong, who saw a man trying to abduct the drunk elementary teacher on her way home.

Thanks to Hwa Jeong, she was unharmed. However, this means that the culprit is still on the move. Despite her unsaid feelings and resentment, Hwa Jeong still helped the young teacher with all her heart.

The attempted kidnapping alerted the whole village, which made the police and city hall enhance their security.

Doo Sik then decides to do an investigation with his partner and trusted police officer Choi Eun Cheol (Kang Hyun Seok).

The next day, the brave and passionate Hong Doo Sik now crumbles with his high and hot fever.

Yoon Hye Jin and Hong Doo Sik's Love Language: Caring About Each Other

In episode eight, Doo Sik learns that the dentist has a herniated disc, a problem that targets the bones and spine, which definitely surprised him.

While working his shift at Bo Ra's convenience store, Doo Sik's eyes widens as he sees Hye Jin enter the small store with a brace around her neck.

With worries, Doo Sik busies himself to give something to the dentist who experiences severe pain all over her body. He prepared a special tea she can brew that is perfect to alleviate body pains from the condition.

But Doo Sik isn't the only one who immensely cares for the other. Hye Jin rushes to the nearest pharmacy to buy medicines as she figures out that the kind and warmhearted man is sick, after getting all drenched in the rain.

As Doo Sik sleeps to regain his strength, Hye Jin whips a nice, hot porridge for Doo Sik to eat.

Hye Jin, who was staring at the man who was asleep, thinks about the kiss the two of them shared. With much curiosity, a sudden bolt of courage pushed her to kiss Doo Sik.

A few inches from his lips, she backs out and quickly runs home. Unbeknownst to her, Doo Sik wasn't really sleeping. He sits up and calms himself after the heart-shaking moment with the dentist.

The following day, with the threat of the abduction still surrounding the small town, Doo Sik checks up on the dentist in her clinic.

the look of relief on her face. she wanted to be protected, and she knew he can protect her.

Surprisingly, the dentist had gone home right after he arrived at the clinic. With a bad hunch and worries, he immediately goes to her house.

Meanwhile, Hye Jin tries to run for her life after a suspicious and unknown man follows her. Her blood is rising and the urge to cry out loud for help visited Hye Jin.

Thankfully, a blessing sent from above in the form of Hong Doo Sik appears right before her eyes. With this, she runs towards him and cries to his chest, as she embraces Doo Sik with all her heart.