The three actors will lead the upcoming Kakao TV original series "Shall We Have a Cup of Coffee," which follows the struggles and emotional dilemma of the new barista Kang Go Bi (Ong Seong Wu), who learns the world of coffee through his mentor Park Seok Eun (Park Ho San).

Keep on reading for more details

Ong Seong Wu, Park Ho San and Seo Young Hee Share Reasons for Choosing Kdrama 'Shall We Have a Cup of Coffee?'

Ong Seong Wu, a former Wanna One member and actor, expressed his thoughts on his character.

He said, "Kang Go Bi is so similar to me in a way that we both do and say the things we want, and because of that, I became more confident with my skills."

The singer-actor hints at a perfect synchronicity with his role.

On the other hand, Park Ho San reveals his impressions on his character, "Park Seok Eun is a person with clear mind and intention. He devotes his life to one thing that interests him, and he is never swayed easily by people's words. He is strong and knowledgeable. He is also Kang Go Bi's senior in life." 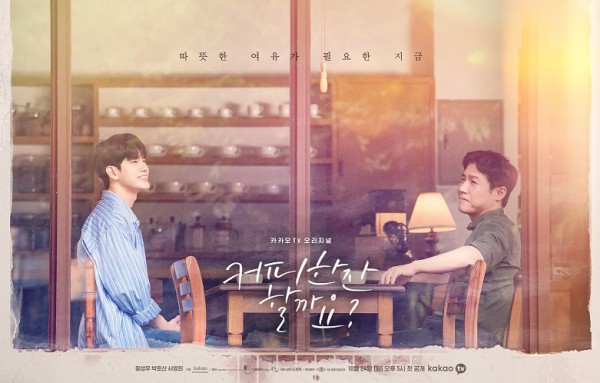 (Photo : Kakao TV)
Ong Seong Wu, Park Ho San / Shall We Have A Cup Of Coffee?

Finally, Seo Young Hee, who first appeared in the drama "Thrice Married Woman," says, "In the drama, I was unemployed but I got a job that I love, where I could easily better myself. Along with life's coffee, I also earned myself a boyfriend, Park Ho San, who is full of love and dedication."

IN CASE YOU MISSED IT: Former Wanna One Member Ong Seong Wu Transforms Into a Charming Barista in New Kakao TV Drama

Director Noh Jung Wook, who is in charge of directing, shared, "I made this drama with the intention of showing the reality of life, whether it is beautiful or tragic. I was never burdened because I already envisioned what happens in the drama, so make sure to anticipate 'Shall We Have a Cup of Coffee?'"

'Shall We Have a Cup of Coffee?' Cast Shares Experience Working With One Another

Ong Seong Wu, a novice in the drama world, shows off his affection to the work and his co-workers, "It is a great honor to be able to work with Park Ho San. He always makes filming fun. His jokes and funny stories help us energize throughout the filming."

Seo Young Hee added, "Filming with the staff, crew and actors was indeed an enjoyable experience. It was a healing scene." 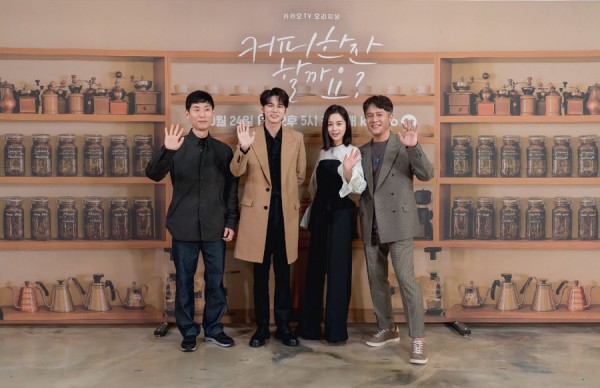 (Photo : Kakao TV)
Shall We Have a Cup of Coffee cast

Park Ho San also boasted his experiences with the actors. He smiles at Seo Young Hee, "I depended on Seo Young Hee a lot outside of filming. She was such a darling. Although I am older, she is still older than me in terms of our acting career, but never did she make me feel inadequate. I sincerely thank her."

YOU MIGHT LIKE: Kim Soo Hyun and Cha Seung Won Team Up to Survive the Harsh World in New Drama + 'One Ordinary Day' Teaser and Premiere Date Revealed

Anticipation is increasing as to what kind of synergy Ong Seong Wu and Park Ho San will show in the new drama. 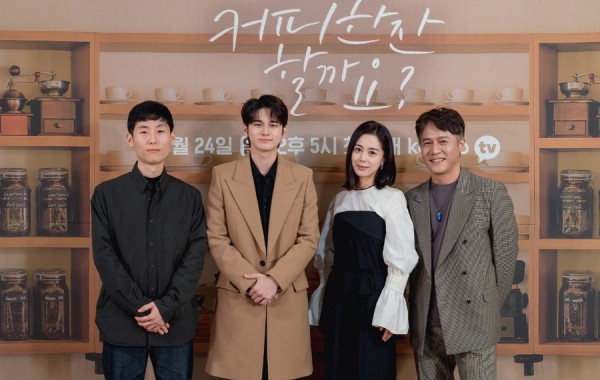 (Photo : Kakao TV)
Shall We Have a Cup of Coffee cast

Expectations and curiosity are also focused after the actors hinted at a mature romance style between Park Ho San and Seo Young Hee's characters, who will portray a romance that will truly resonate to its viewers.