Fans of Kim Seon Ho are unfazed by the "Actor K" issue as the "Hometown Cha-Cha-Cha" star leads the popularity voting in the 2021 Asia Artist Awards.

Scheduled on December 2, the upcoming ceremony is widely known as AAA, "is the first-ever award," which recognizes the performance from both K-Pop, K-Drama and K-Movie as well as artists in the Asian region.

Among its highly anticipated category is the popularity award that is 100 percent based on fan votes.

Previously, the representative announced that the first round of voting would run from October 22 till November 5, while the second round will be until November 15.

Only days after the announcement, Kim Seon Ho is leading the male actor category with 40.8 percent or 108 330 votes as of this writing.

Over Twitter, fans took the opportunity to show their love and support by campaigning and encouraging other netizens to vote for the "Start-Up" star.

Some even include a step-by-step guide for voting, while others use captivating fan art featuring the actor.

1. Sign in/create account first
2. click vote ticket
3. Reedem 5 tickets and check out.
4. Fill the billing address (free up to 5 tickets)
Start vote kim seon ho.
Create more accounts for more votes. But dont use all tickets. Save the rest for the final
https://t.co/aBVHZdDFGE

Interestingly, this is not the first time that the A-lister has bagged the popularity category.

Were Kim Seon Ho and Seo Ye Ji Victims of the 2021 Baeksang 'Curse'? 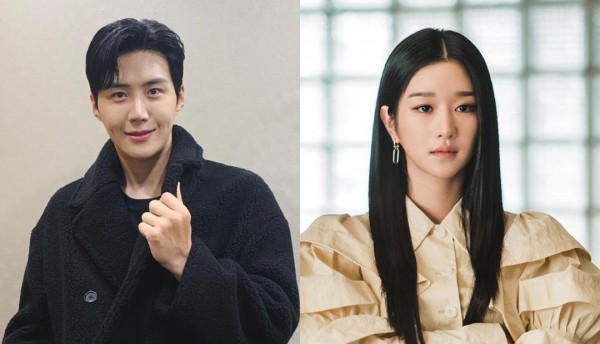 At the height of the 2021 Baeksang Arts Awards, the "It's Okay to Not Be Okay" star faces massive criticism regarding bullying and manipulating issues.

The allegation was so intense that it prompted the rising actress not to attend the annual ceremony.

Prior to winning the award, Seo Ye Ji was also criticized by some for leading the polls, pointing out that she did not deserve the recognition.

Despite this, she managed to score the TikTok Popularity Award with a total of 789,170 votes, eclipsing "Mr. Queen" star Shin Hye Sun and River Where the Moon Rises" star Kim So Hyun in second and third place.

Following Kim Seon Ho's controversy, some believe that the said Baeksang Arts category was cursed as both actors ended up in the same scenario.

For weeks, the "Eulachacha Waikiki 2" star faced issues regarding "abortion" and "gaslighting" his ex-girlfriend.

It came after the woman shared her grievance in an online community naming actor K for pressuring her to abort her pregnancy with the false hope of marrying her in the future.

Of course, the post spread like wildfire on social media and identified Kim Seon Ho as 'actor K."

However, he immediately addressed the issue and apologized to the girl, his colleagues and even to fans, who got disappointed over his actions.