Gong Yoo is overwhelmed by the surprise he received on his debut anniversary.

The Hallyu star is celebrating his 20 years in the entertainment industry after he first appeared in the 2001 Kdrama "School 4," and the rest was history for the heartthrob.

To commemorate his milestone, fans worldwide planned a surprise gift for the "Goblin" star.

His army of supporters put up an electronic ad over Gangnam and Sinsa station with bits of clips from his movies, Kdrama, campaigns and more as they greet the actor for his 20th debut anniversary.

"Congratulations! Happy Anniversary, Gong Yoo!" the caption reads as featured in the video.

Interestingly, the "Train to Busan" star managed to get a glimpse of the advertisement around Seoul and his reaction was priceless.

Holding a camcorder inside a car, the 42-year-old A-lister filmed the video while donning a brilliant smile and you can tell that he is delighted with the surprise gift.

While trying to film the whole part, he was frustrated that a bus covered the electronic ad.

"The bus covered everything. I think I have to take it again."

He then decides to walk to the streets and film the video.

Wearing a hat, hoodie and a face mask, he goes incognito at Sinsa Station and looks at the ad himself.

At the end of the clip, Gong Yoo expressed his deep-felt gratitude to fans who showed nothing but love and support throughout his two-decade-long career.

Over Management Soop's YouTube video, fans can't help but gush over the actor and his priceless reaction towards the surprise gift.

Netizens praised the A-lister for being such a humble person, while the other one says that he did not disappoint the fans for his genuine reaction showing how he is excited to see himself in the ad made by fans.

From 'Coffee Prince' to Award-Winning Actor 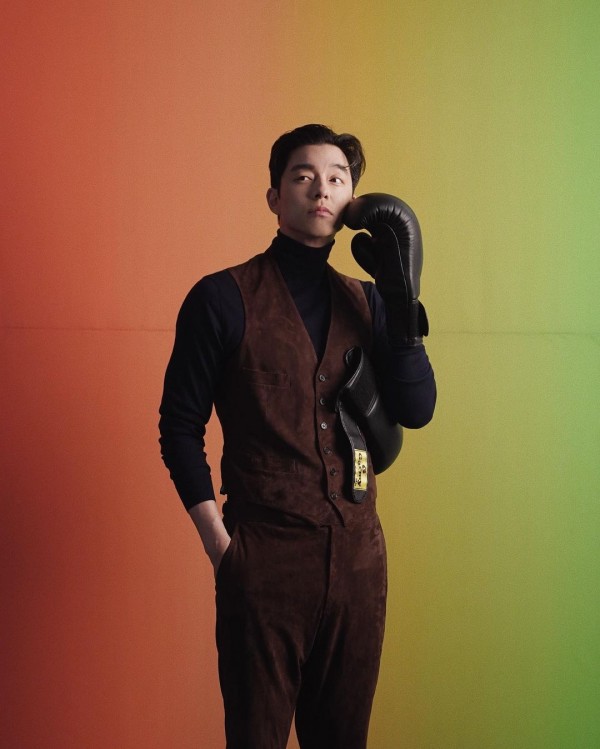 Debuting in 2001, he started through a series of supporting roles and had his big break after landing the lead role in the mega-hit Kdrama "Coffee Prince" with Yoon Eun Hye.

From then on, he began cementing his name as one of the sought-after leading men in Hallyu and eventually landed notable Kdramas such as "Goblin" with Kim Go Eun and the blockbuster K-zombie movie "Train to Busan."

Now, he is set to return to the small screen with the upcoming Netflix series "The Silent Sea" alongside Bae Doona, Lee Joon and more.

IN CASE YOU MISSED: 'Train to Busan' Cast Update 2021: Here's What Gong Yoo, Ma Dong Seok and the Rest of the Hit K-Zombie Movie Cast Are Up to Now