Are you ready to see again actor Song Kang with another exciting drama? We bet you will be delighted by the news!

Song Kang Set to be Your Newest Ballet Dancer

2020 has been a huge year for the young actor Song Kang. After the success of his Netflix series "Sweet Home," this 2021, he is about to embark on another character that will surely be loved by his fans and viewers.

Webtoon-based series "Navillera" will tell the story of two different individuals who are living their lives in different times crossed paths to learn and discover something from each other.

"Navillera" Will Warm Hearts with Its Storyline

Park In Hwan is Sim Deok Chool, he has been dreaming of performing ballet for a long time. He is a 70-year-old man and just retired from his work as a post office employee. Because of unexpected situations in life, he set aside his dream of becoming a ballet dancer and tried his best to work for another job where he can support his family. 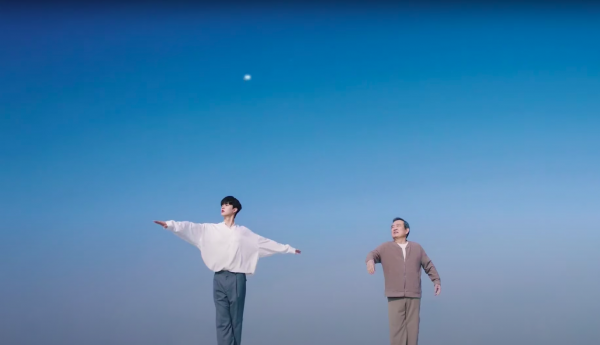 Now that he is at the age of 70, Sim Seok Chool still wants to pursue his dream again, given that he is already getting old. But his own family, even his children, are not happy with his decision.

No matter what happens, he is still very determined to continue pursuing his lifelong dream. He started to enroll himself in a ballet company. At that point, he gets to meet Chae Rok, played by actor Song Kang.

Lee Chae Rok is a 23-year-old man who is still finding the right path for his career. While growing up, Chae Rok played various sports like soccer, swimming, and baseball, but unfortunately, he has no talent in doing these activities. Out of the blue, he found himself becoming interested in ballet. In fact, his mother was a ballet dancer before, but due to having an incurable disease, she died while Chae Rok was still young. Following the death of his mother, his father went bankrupt.

Through his experience, Lee Chae Rok learned and found out that he has a potential for ballet dancing. But even though he has the skills, he lost connection with his father and had a hard time supporting himself financially. As he is going through one of the hardest times in his life, his interest in ballet started to fade away. But, when he was about to give up, was the time when Sim Deok Chool came into his life.

Song Kang will be showing a new side of him in this upcoming drama. The fans and viewers already saw him as a warm and charming student and a strong monster fighter. And now, we are about to see his determination to become a ballet dancer in spite of the challenges that he encounters along his journey.

"Navillera" is scheduled to air on March 22 through Netflix and tvN!

Are you excited to watch Song Kang and Park In Hwan's upcoming drama? Let us know in the comments!