Apart from its amazing plot and spell-binding episodes, the megahit K-drama "Vincenzo" has several more things that the viewers enjoy to the fullest - and yes, we mean the scene-stealing characters.

We're pretty sure you already have these characters in mind, so without further ado, these are the "Vincenzo" scene-stealers we can't help but love!

From Crash Landing on You to Vincenzo, he always tries his best to help. Ang creative lang hahaha. 😂 #LimChulSoo #Vincenzo pic.twitter.com/BkdcOtL6EX

With his swag and sharp-witted move, Mr. An was able to steal the hearts of the viewers.

But this was not the only time that made him stand out, though. From the get-go, he spied and eventually idolized Vincenzo, and that's something the viewers became fond of watching. 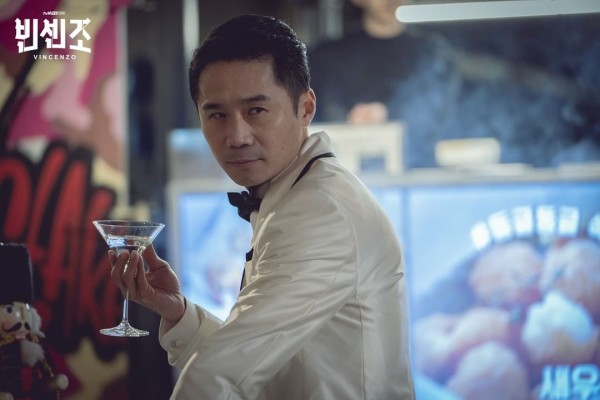 The question is... are we getting more bromance scenes between Mr. An and Mr. Corn Salad, err, Consigliere? Let's find out in the upcoming "Vincenzo" episodes!

Lots of viewers are looking forward to seeing more of Pyo Hyeok Pil's (Kim Tae Hoon) scenes. Somehow, we began fascinated by his visuals, plus his acting is pretty impressive. And knowing that he's back as Vincenzo's underling, we'll most probably see more of Pyo Hyeok Pil fighting for what's right. 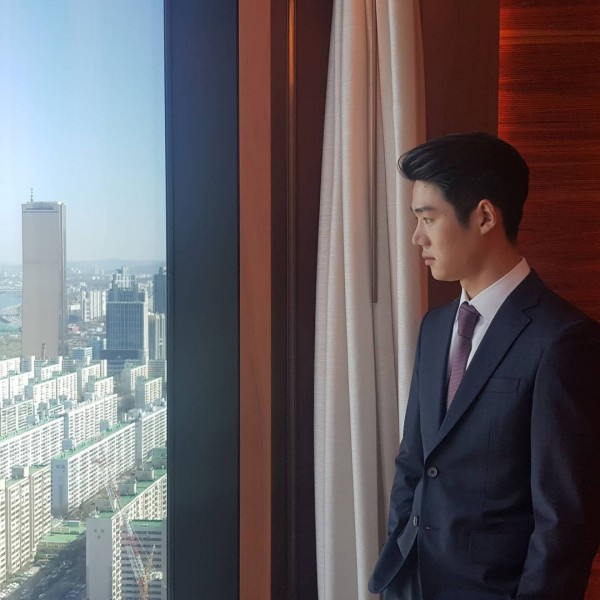 There may also be a possibility that his comedic side will show, now that Lee Cheol Wook (Yang Kyung Won) started to be part of their group.

Let's admit it. Among the best "Vincenzo" episodes was Kim Sung Cheol's special appearance in Episode 8. He played as a young bank president named Hwang Min Seong, and his bromance with Mr. Cassano made the viewers laugh.

Obviously, he stole the spotlight with his natural humor. Plus, his acting made a great impression on the audience.

Mr. Tak is none other than the unexpected hero in the Geumga Plaza, and the self-proclaimed "Lightning Scissors."

As "Vincenzo" progresses, new exciting and interesting sides of the characters start to shine as well, just like how Tak Hong Sik (Choi Duk Moon) took down the nefarious gang members who coerced the tenants to leave.

Using only his scissor as a weapon, he was able to defeat the brawny men in just a swift of his hand.

Afterwards, his fellow Geumga Plaza residents couldn't help but be in awe of him for his unbelievable fighting skill.

Will there be another Geumga Plaza hero? We hope so!

He may be a puppet to his evil half-brother, but Jang Han Seo (Kwak Dong Yeon) also tends to steal the spotlight for his magnificent acting and good looks. 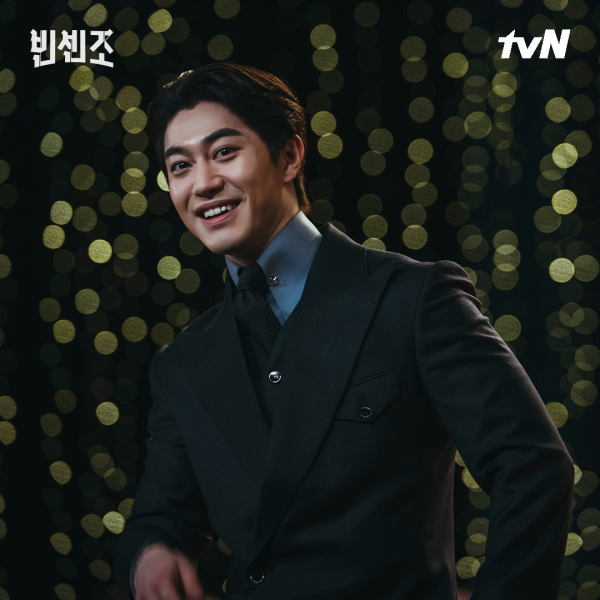 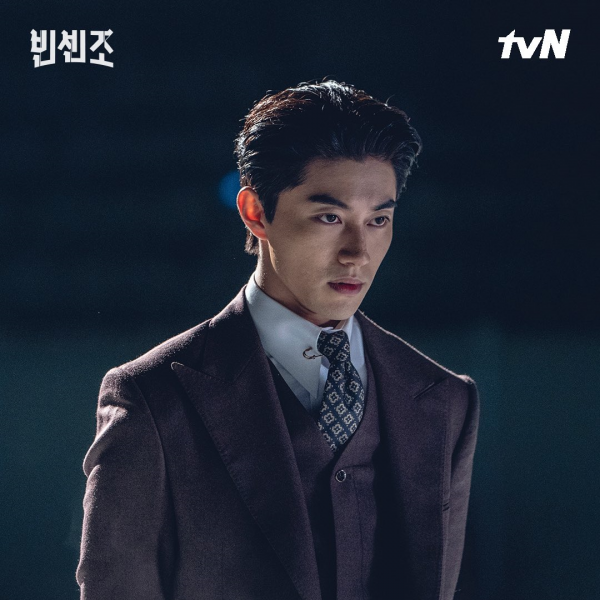 With the way he fluidly changes his emotions, hilarious interactions, and his growing wickedness under his very core, we can assume that Jang Han Seo has something up his sleeve.

He will snag more than just the spotlight and will be a powerful leader who defeated Jang Jun Woo.

Who among these scene-stealers caught your attention? Don't deny it, we are all captivated and entertained by their own charms! Don't worry, we are all in this together. Let's talk about them in the comments!