In a perfect mix of stardom and K-pop charm, with a pinch of romance spread all over the pages of a webtoon brought to life, Rakuten Viki will be welcoming two new adaptations into its growing roster of hit shows.

Hot on the heels of the wildly successful "True Beauty," Rakuten Viki has debuted two new series based on the hottest webtoons today.

"So I Married an Anti-Fan" aired its debut episode last April 30, with the show led by actress and SNSD member Sooyoung (Choi Soo-Young) and "Exit" lead Choi Tae Joon.

The second series, "Imitation," began last Friday, May 7. The new web series stars actress Jeong Ji So, known for her roles in the 2019 film "Parasite" and 2020 TV series "The Cursed," and actor Lee Jun Young, who starred in "Mr. Temporary," "Good Casting," and "and Please Don't Hate Him."

The two new series follow "True Beauty," which debuted last December and has seen skyrocketing viewership ratings and warm reception from viewers and critics. It has also made a huge wave on social media, such as having more than 4.3 billion impressions on TikTok, with users sharing their favorite scenes and their fan reviews of the show. 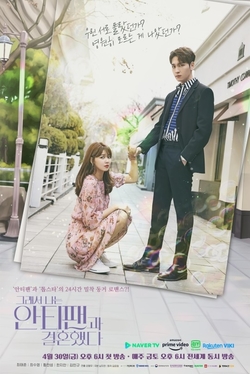 So I Married an Anti-Fan

The romantic comedy "So I Married an Anti-Fan" was adapted from a novel of the same name, which later had its manhwa and webtoon adaptation in addition to a Chinese film released back in 2016.

The new Rakuten Viki series begins with Lee Geun Young (played by Choi Soo Young), a magazine reporter. She attends a club opening as a part of her latest article.

In the event, she accidentally throws up on the top Korean celebrity Hoo Joon (played by Choi Tae Joon).

The young reporter loses her job and proceeds to blame Hoo Joon, who she thinks is responsible. Geun Young stages a rally in front of the actor's office and earns renewed attention as Hoo Joon's anti-fan.

An opportunity arises for Hoo Joon to redeem his image and for Geun Young to regain her living.

Together, they must appear on a reality show and live together.

On the other hand, the more serious "Imitation," will be following Lee Ma-Ha (Jeong Ji So) as the newest member of K-pop girl group Tea Party. While the Tea Party is still finding its way through the Korean entertainment industry, Ma-Ha enjoys additional attention from the public thanks to her uncanny resemblance to the famous solo artist La Mi Ra (Park Ji Yeon).

Apart from Lee Ma-Ha, viewers are also introduced to Kwon Ryeok (Lee Jun Young), who is a member of the popular boy group Shax. He dislikes Ma-ha for the same reason fans like her, the resemblance to Mi Ra. However, a twist of fate would force these two idols to work together and face their prejudices against each other.

One factor fans will be looking forward to is the addition of actual K-pop idols in the series: Park Ji Yeon of T-ARA, Jeong Yun Ho of ATEEZ, Chani of SF9, and Im Na Young of PRISTIN.