Ahead of "The Devil Judge" premiere, Jinyoung, one of its main cast and a talented member of the K-pop boy group GOT7, conquered the pages of Esquire Korea.

The idol-turned-actor Jinyoung participated in a pictorial for famous men's fashion and lifestyle magazine Esquire. In his previous shoots, he wore fit and exquisite suits. But for Esquire Korea, Jinyoung donned a sporty look as he was clad in newly released sportswear from the famous brand Russel Athletic. 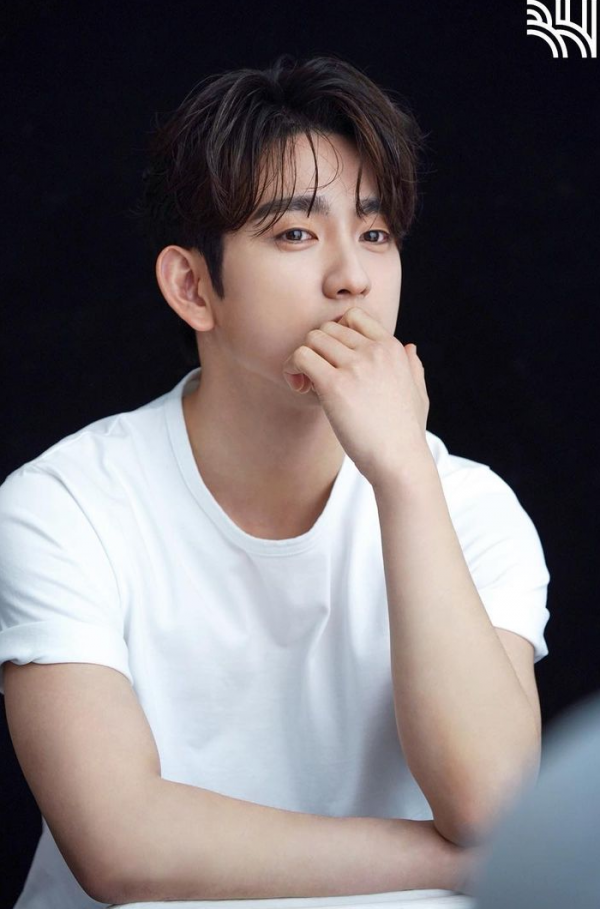 One of the pieces he wore during the pictorial was the pink hoodie, which Jinyoung revealed as his favorite among all the products.

The young actor confessed he likes color. He added he enjoys working out to maintain his active and healthy lifestyle.

Together with sportswear brand Russell Athletic, #GOT7 #Jinyoung is featured in Esquire Korea (June 2021). Jinyoung shares that working out lifts out his mood.

The GOT7 member added that the sweat during and after exercise makes him feel good.

Jinyoung's gorgeous profile with Esquire Korea showed a new side of his personality. The collection items are a combination of stylish and easy to wear clothes.

Some photos reminded the fans of Jinyoung's role in "He is Psychometric" where he always sported hoodies.

Jinyoung's photos will be featured in the June 2021 issue of Esquire Korea. He even shared some behind-the-scenes snaps on his official Instagram account!

YOU MIGHT ALSO LIKE: 'The Devil Judge' Poster Screams Dystopian + 3 Things to Expect From Kim Min Jung and Ji Sung's Reunion Series

Meanwhile, the 26-year-old actor will be making his comeback with the legal drama "The Devil Judge."

Jinyoung will be playing the role of a rookie judge. This is said to be one of his challenging roles among all the characters he portrayed before.

tvN's new legal series will be aired every Saturday and Sunday. Recently, the drama revealed teasers, making fans ecstatic to see the promising star's character that he will portray.

Previously, Jinyoung was in discussions to be part of the forthcoming star-studded Psychic film "High Five," alongside the Baeksang Arts Awards 2021 Best Actor (Film) Yoo Ah In. The former JYPE artist is also being courted to appear in Kim Go Eun's new series "Yumi's Cells."

IN CASE YOU MISSED IT: GOT7's Jinyoung to Possibly Join the Powerhouse Cast of Upcoming Movie 'High Five'

Jinyoung, along with his GOT7 members, left JYP Entertainment in January 2021.

What are you excited to see in Jinyoung's upcoming drama comeback "The Devil Judge"? Don't forget to share your thoughts with us in the comments!