The beloved medical K-drama "Hospital Playlist 2" gave viewers another round of emotional rollercoaster as the tvN series focuses on the lead stars' personal lives.

During their conversation, she revealed that she ended things with him, adding that it was his fault.

Ik Sun then pointed out not to ask her about the reason but stated that "it's just one of the common reasons."

In addition, she mentioned that JUn Wan has no idea about her condition and wanted to stay that way.

The Ob-Gyn resident took Seok Hyung for a coffee to ask him a personal question. To recall, Min Ha was only allowed to ask one question per day, and it has to be work-related.

At the time, Min Ah was stunned after her superior introduced her as "my resident" to Shin Hye, making her heart flutter.

This hints at the possibility that the strict and serious Seok Hyung is slowly warming up towards the Ob-Gyn resident. 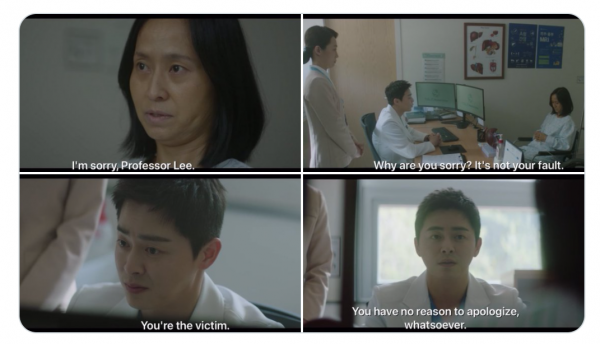 "Hospital Playlist 2" episode 5 not just illustrates the personal challenges of the main characters but their extraordinary connection and affection to their patients.

It came after Lee Ik Jun deals with a liver cancer patient and is having a severe bile duct issue.

Upon checking her during his rounds, he sees the bruises on the patient's forehead and suspects that something is off about the husband.

The latest episode shows that Ik Jun is not the only one concerned about the patient but also the surgery resident, Jang Gyeo Wool (Shin Hyun Bin.)

After the patient's roommate complained about the noise, Dr. Jang immediately checked on her and witnessed she was being beaten up by the husband.

Her initial reaction was to deal with the aggressive husband, but unfortunately, she was thrown to the floor.

In a separate room, she was reprimanded by his superior for being too brave and pointed out that it might put her in danger.

On the other hand, Ahn Jung Won (Yoo Yeon Seok) explained that the rescue was all planned out by Ik Jun and even puts the patient in the ICU to help her focus on her recovery. 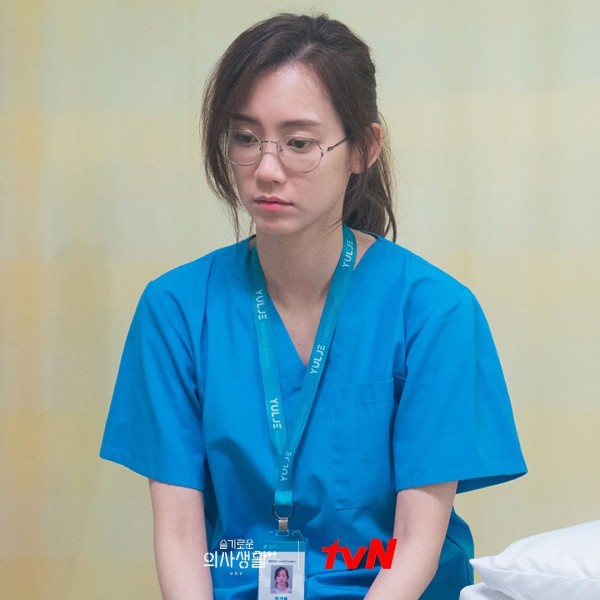 Now that the beloved K-drama "Hospital Playlist 2" has reached its fifth episode, the plot gets deeper and slowly uncovering the intriguing stories of the main characters.

The latest episode shows the history behind Yang Seok Hyung's failed marriage and what prompted the two to get a divorce.

During his serious conversation with Chae Song Hwa, he realized that "marriage isn't always a bad thing."

She pointed out that he can get married if he wants to, but Yang Seok Hyung mentioned that he "doesn't want to ruin anyone's life," referring to his mother being the nosy mother-in-law.

The pediatric surgeon then went to recall how he and Shin Hye have gone through during their marriage.

Yang Seok Hyung recalled what he thinks the effort he made to make the relationship work; however, upon analyzing the situation, Chase Song Hwa believes that there were no efforts but only actions to avoid the problem.

As their conversation continues, he mentioned that he was a coward and only thought of running away from the difficult situation.

The neurosurgeon left Seok Hyung with the best advice and told him, "You need to say more useless things. Start with the people closest to you, the ones you see most often and feel more comfortable with."

Interestingly, Dr. Yang received a call from Min Ah, and after a brief talk, he then asked personal questions like which mall is she going to and so on.