K-drama "Nevertheless" starring Song Kang and Han So Hee has been creating a major buzz online due to its enticing and captivating scenes.

Despite the low viewership rating, there's no denying that the JTBC drama gave viewers a series of stunning visuals featuring the main cast.

Ahead of its new episode, Song Kang's agency, Namoo Actors, shares a special sneak peek of the actor as he plays the role of the campus crush, Park Jae Eon.

In a series of photos, the 27-year-old actor showed off a different vibe as he dons a sporty outfit complete with a badminton racket. 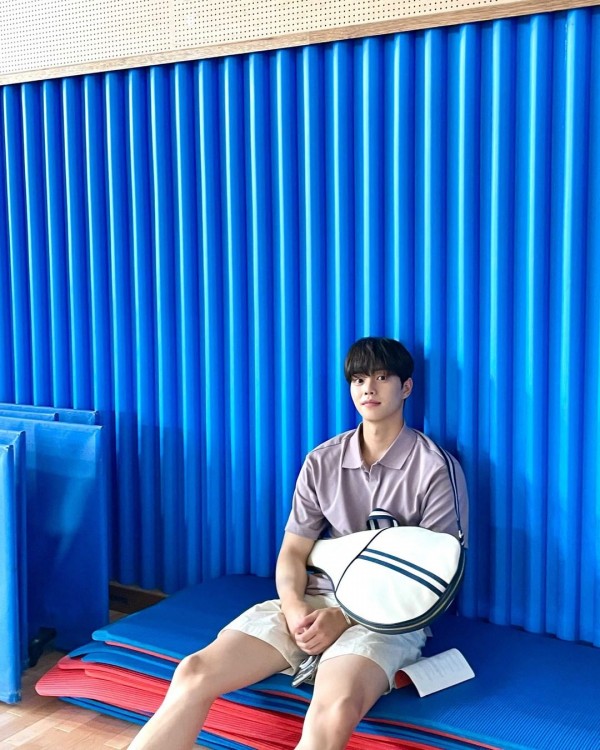 The comment section is immediately filled with hearts and smiley emojis that signals fans' support for the South Korean star.

On the other hand, his "Nevertheless" co-star Lee Yeol Eum, who is also signed under the same agency, shared a glimpse of her character as Yoon Seol Ah.

To recall, the previous episode introduces her role as Park Jae Eon's ex-girlfriend.

This also created a tension between the budding romance of the junior art student and the gorgeous Yoo Na Bi, portrayed by Han So Hee.

IN CASE YOU MISSED: Netflix Sets the Record Straight about the Rumored 'Sweet Home 2'

In a short clip, it hints at another game of push-and pull between Yoo Na Bi and Park Jae Eon.

It starts with Na Bi, who was obviously devastated after coming up with a decision to break up with him.

Unfortunately, things have been awkward between the former lovers as they seem distant from each other.

Despite her eagerness to escape from her emotions towards him, she can't seem to break away from her feelings and still longs for Jae Eon.

Moreover, the teaser also illustrates how Yoo Na Bi tried to avoid Park Jae Eon by pulling away from their whirlwind relationship.

Still, Park Jae Eon attempts to fix the relationship by getting things back to where they were by helping Na Bi in her class.

In addition, Yang Do Hyuk, played by Chae Jong Hyeop and Lee Yeol Eum's characters, also raises the tension by coming in between the duo's romance.

Chae Jong Hyeop was introduced in episode 4 after he accidentally saw Yoo Na Bi on the bus.

In the drama, Yang Do Hyuk was her former classmate who harbors secret feelings for her.

The previous episode also featured his interest to Na Bi.

To recall, she spends her birthday with Yang Do Hyuk, who prepared a special meal for the celebrant.

She was even surprised that Do Hyuk, a culinary arts student, remembered her special day and even her favorite food, chocolates.

IN CASE YOU MISSED: 'Nevertheless' Fun Fact: Han So Hee Did the Artworks Seen on the K-Drama + Song Kang Reveals Why Purposely Lose Weight for the Role